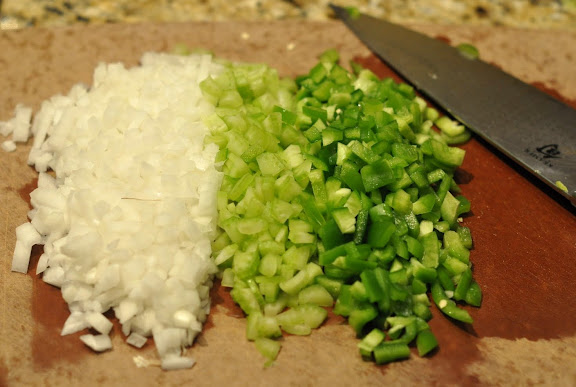 Chop the onion, green bell pepper and celery.  This trio of veggies is known as the “holy trinity” of Cajun cooking and serves as the base of many Louisiana specialties. 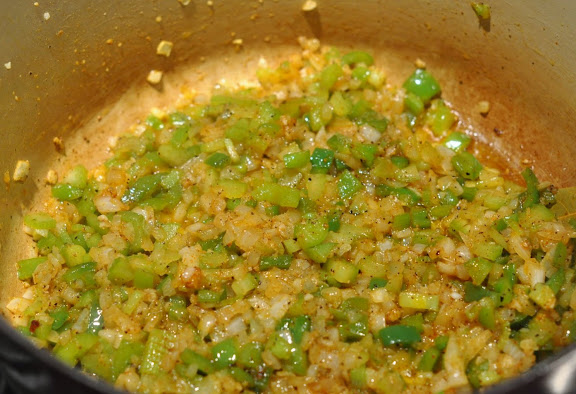 Heat a couple tablespoons of vegetable or canola oil in a large, heavy-bottomed pot or Dutch oven over medium-high heat.  Add the holy trinity, minced garlic, salt, pepper, cayenne, a bay leaf and the “Essence” spice mixture and cook until the vegetables soften and begin to brown — about 15 minutes.  Emeril’s “Essence” recipe calls for 2 1/2 tablespoons paprika, 2 tablespoons salt, 2 tablespoons garlic powder, 1 tablespoon black pepper, 1 tablespoon onion powder, 1 tablespoon cayenne, 1 tablespoon dried oregano and 1 tablespoon dried thyme, all mixed together.  This will yield about 2/3 cup of spice mixture, which you can store in an airtight container for later use.  We happened to have some of Dan’s own spice mixture (which my brother jokingly calls “Dan the Man” — 2 parts Kosher salt and paprika and 1 part thyme, ground cumin, crushed red pepper, granulated garlic and oregano) that we usually use as a rub for grilled pork or poultry, so we used that instead of making Essence.  You could also use a store-bought Creole seasoning. 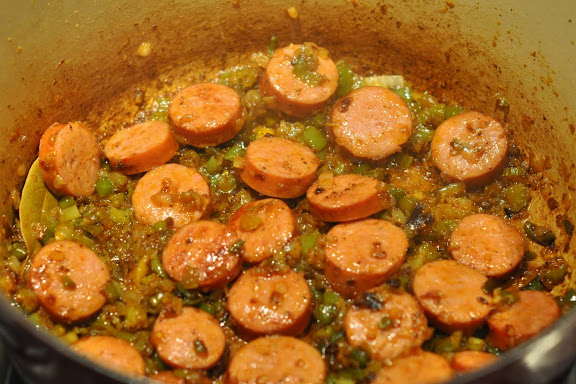 Add the sausage and cook until they start to brown on the outside — about 7-8 minutes. 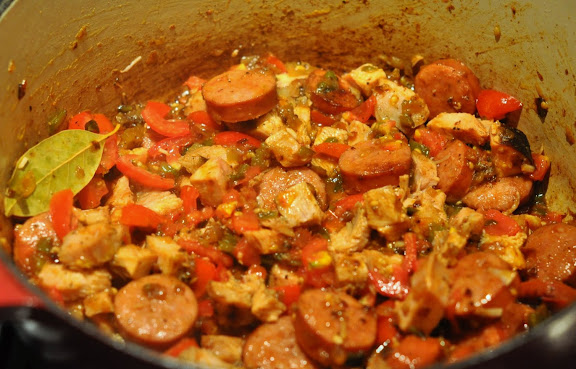 Add the chopped turkey and tomatoes (with juices) and cook, stirring often, for about 5 minutes. 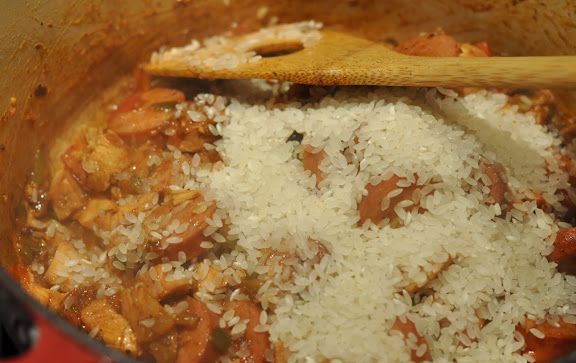 Add the rice and stir everything together until well mixed. 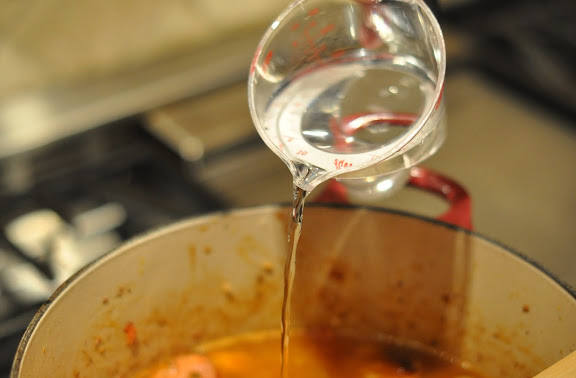 Add about 4 cups of water. 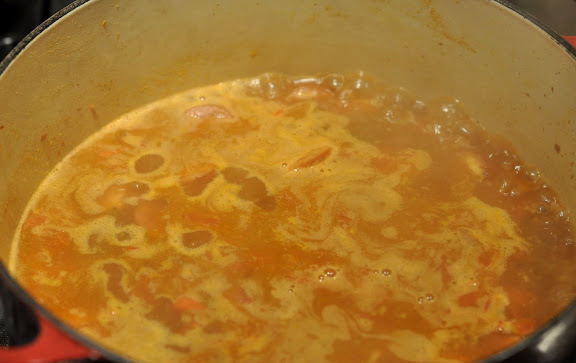 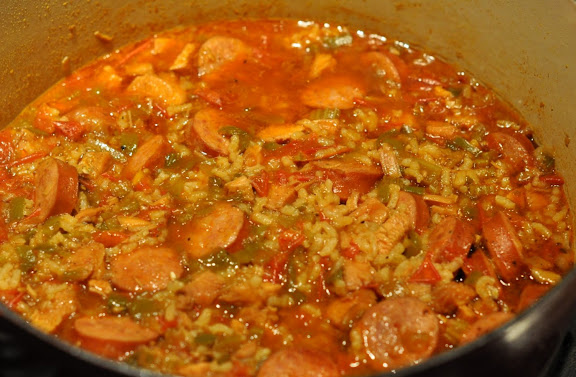 When the rice is done, let the jambalaya sit off the heat for about 5-10 minutes.  Remove and discard the bay leaf. 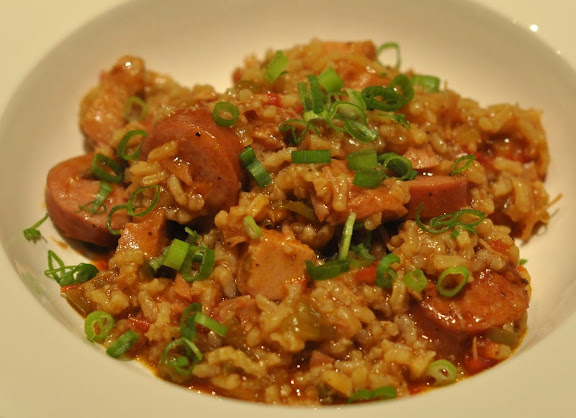 Garnish the jambalaya with chopped green onions (green parts) and/or chopped parsley.  Add a few dashes of hot sauce (we like “Louisiana Hot” or “Cholula”) for a little extra kick (or “BAM!” as Chef Lagasse would say.)