We tried to find some out-of-the-ordinary recipes for our leftover turkey this year.  This soup recipe is amazing and definitely different.  It’s very similar to a chicken tortilla soup — hearty with tomato and complex flavors, but with diced up turkey instead of chicken.  Really good, and something new to try if you get tired of turkey sandwiches.  Since we were only cooking for the two of us, we prepared a half recipe. 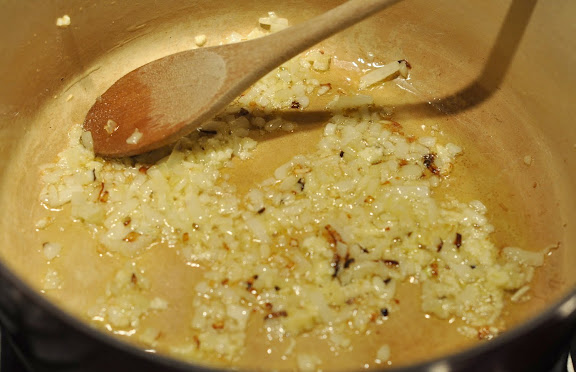 Heat a little olive oil over medium heat and add diced onions.  Cook until the onions begin to soften. 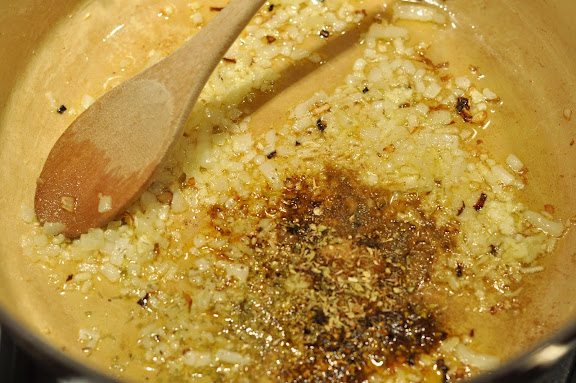 Add minced garlic, chili powder, cumin and oregano, then stir and cook for about a minute. 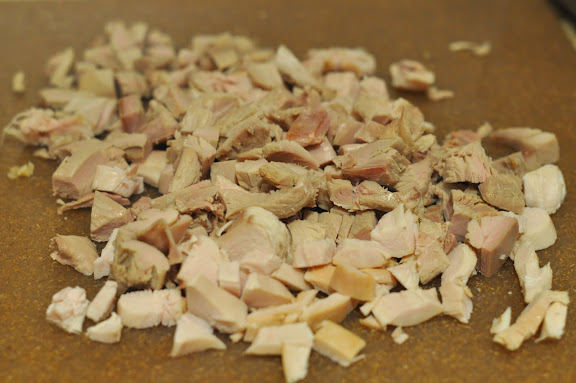 Dice up some leftover turkey.  We used both white and dark meat. 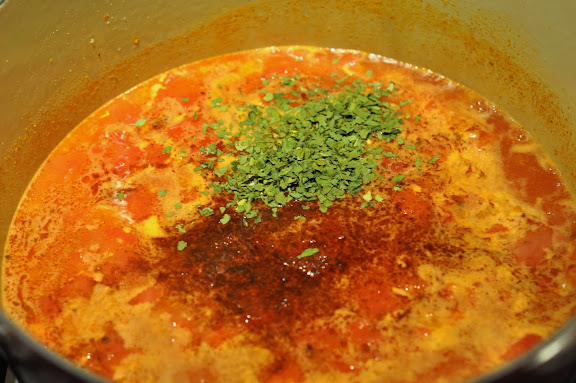 Stir in about 2 cups chicken stock (we used stock instead of water and bouillon cubes), condensed tomato soup, diced tomatoes and dried oregano.  Dan ended up adding about another half cup of chicken stock later, in order to thin out the soup a little. 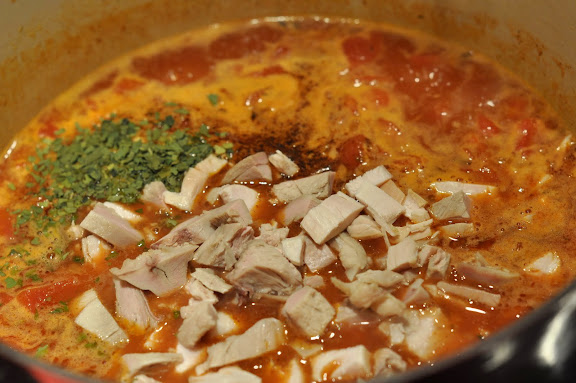 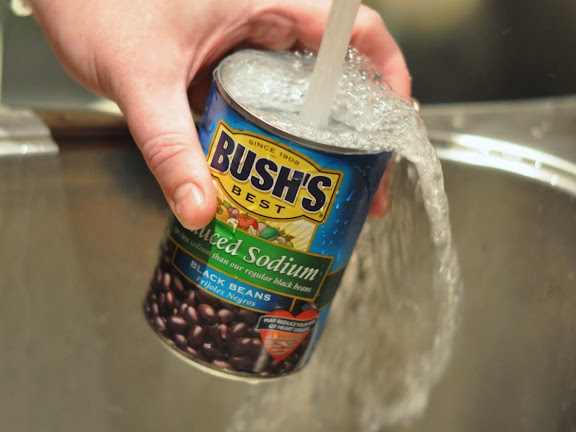 Next add the black beans.  You’ll want to rinse them first because the canned beans come in a rather goopy sauce. 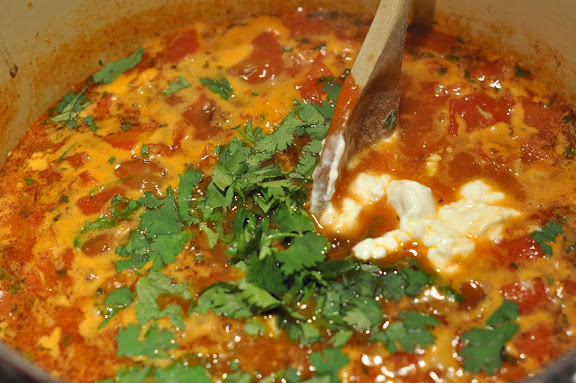 Then add the sour cream and roughly chopped cilantro.  The recipe also called for frozen corn, but we left out that ingredient because I really only prefer my corn in cobb form.  Simmer the soup over low heat for 20-30 minutes. 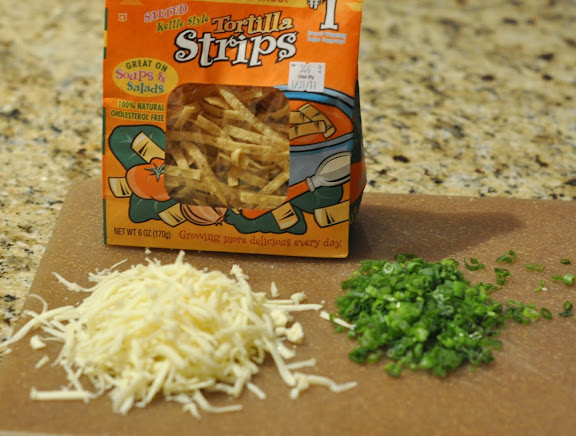 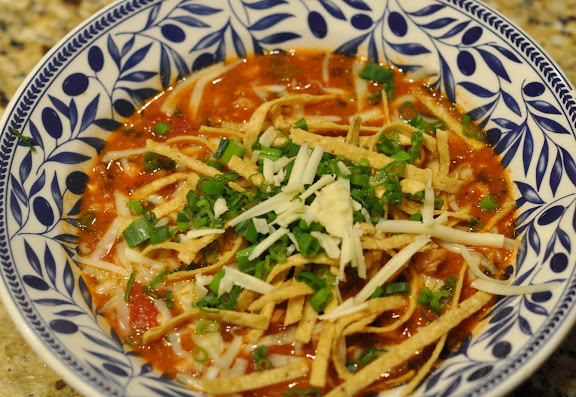 A muy delicioso recipe for leftover turkey, that was also really easy!