With the holidays rapidly approaching, we’ve been looking for recipes incorporating leftover turkey.  We wanted to try something different than the usual leftover turkey dishes, like pot pie and turkey soup (although they are delicious!).  The Epicurious website came through for us yet again — with the recipe for Spicy Turkey Paella.  We made just a few small changes and the resulting dish was really good.  We look forward to making it again with our turkey from Thanksgiving. 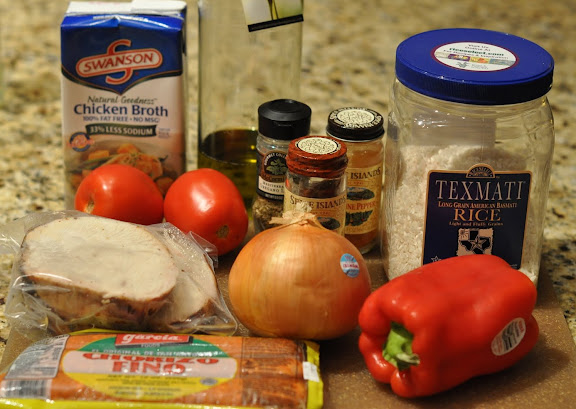 The ingredients include turkey, garlic-flavored olive oil, onion, red bell pepper, long-grain white rice, tomatoes, chicken broth, saffron, dried oregano, cayenne pepper and salt.  The recipe calls for spicy smoked sausage (such as andouille or hot links), but we used chorizo instead, based on one of the recipe reviewer’s comments.   The recipe ingredients also included peas, but we left those out due to my particular (and odd) aversion to them.  (It’s a texture thing – biting through the tiny skin to the mush inside – SO GROSS.  I’m nauseous just typing it).  Moving on… 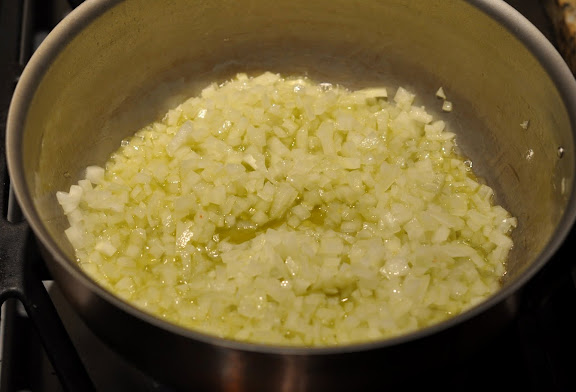 Start by heating a healthy glug of olive oil in a deep pan, then add chopped onion and cook until they are golden brown. 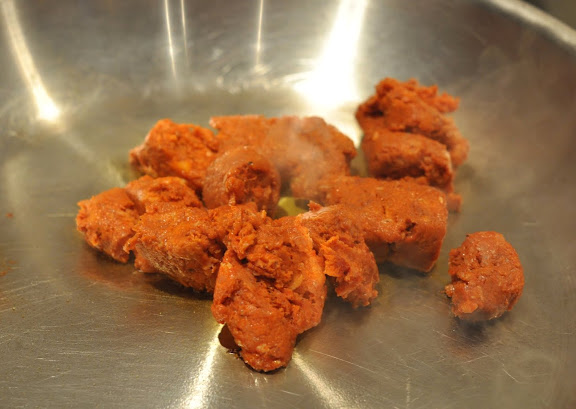 In a separate pan, over medium heat, add the chorizo.  The chorizo we used on this night had a thin casing, which we removed before cutting it into big chunks and adding it to the pan. 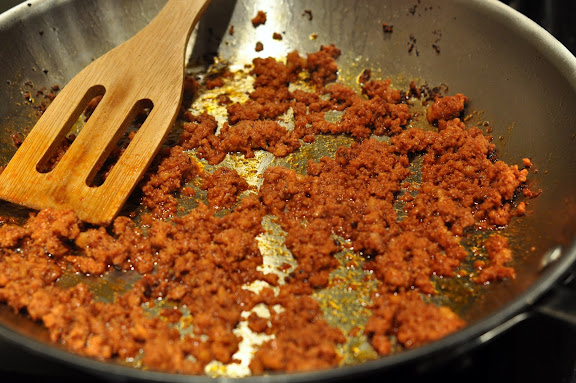 Break up the chorizo while it cooks.  Be careful not to cook it too long, or it will basically disappear into a greasy puddle. 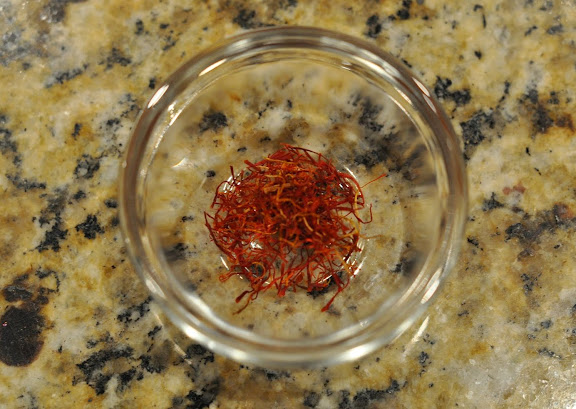 Saffron is a spice derived from the flower of the saffron crocus.  It is one of the most expensive spices because each flower only makes about 3 of the stigmas needed to make the spice.  Seriously, it’s expensive — a small jar from the grocery store is around $18!  But you really can’t have authentic paella without it. 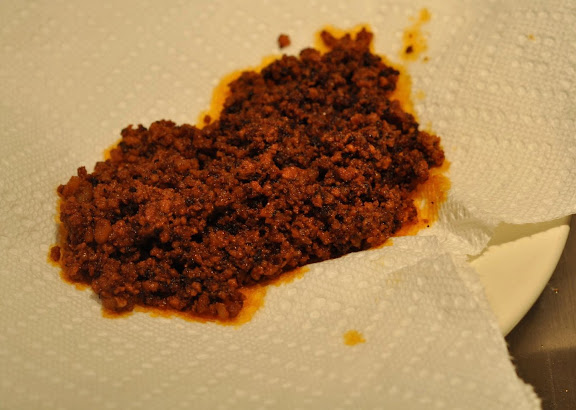 Once the chrizo is browned and broken up into small pieces, set it aside on a paper towel on a plate to drain.  You’ll want to drain it a lot. 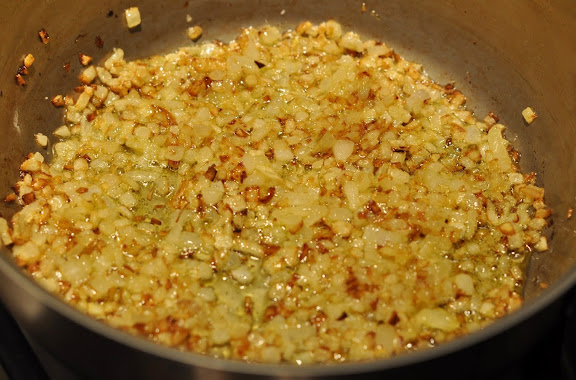 Onions are browned, time to add the red pepper. 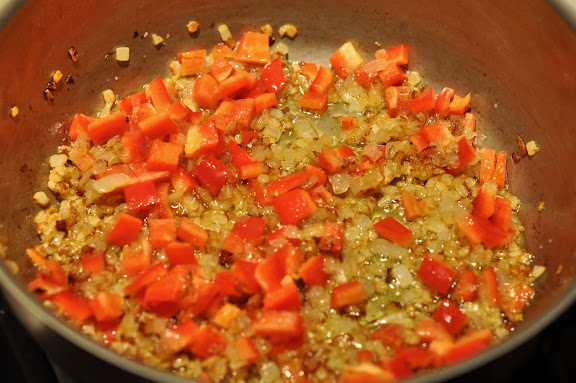 Cook the red pepper for about 3 minutes, stirring often. 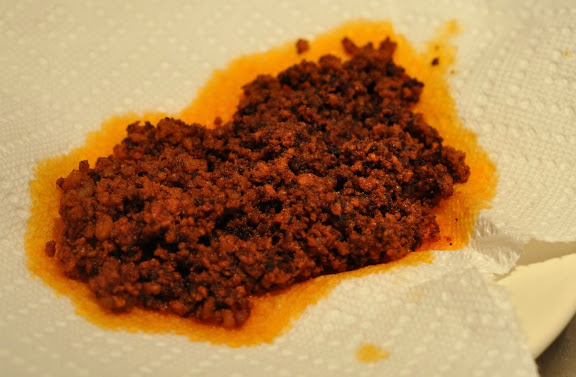 Meanwhile, the chorizo is still draining (see why you want to drain it a lot?) 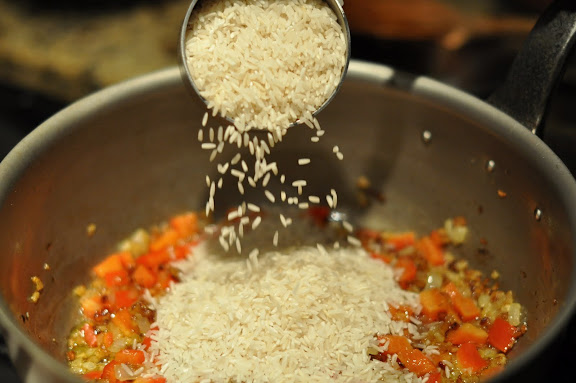 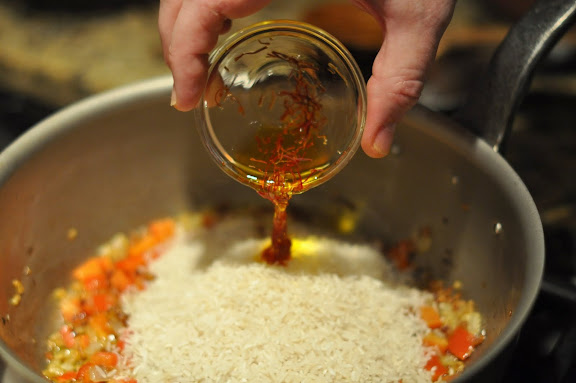 Then the saffron, which Dan soaked for a few minutes in a little hot water. 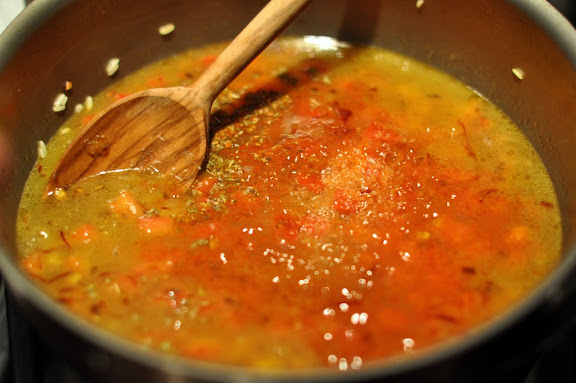 Then add the chicken broth, oregano, cayenne and salt. 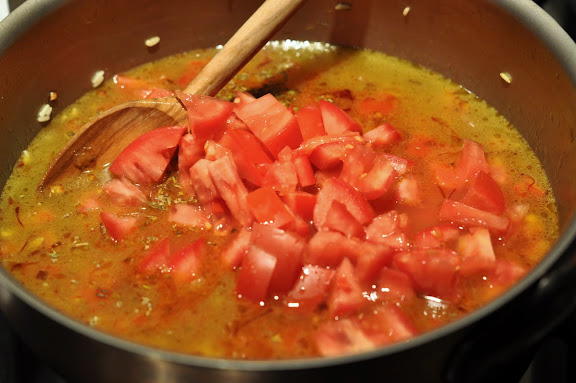 And finally the tomatoes.  Stir it all together and bring it to a boil. 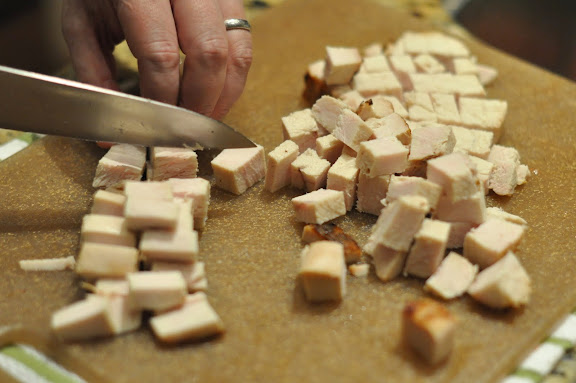 While the paella is coming to a boil, chop up the turkey. 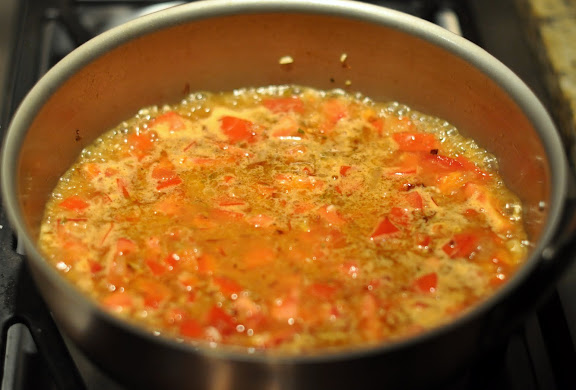 Once the paella starts boiling, turn down the heat to low, cover and cook for about 15 minutes. 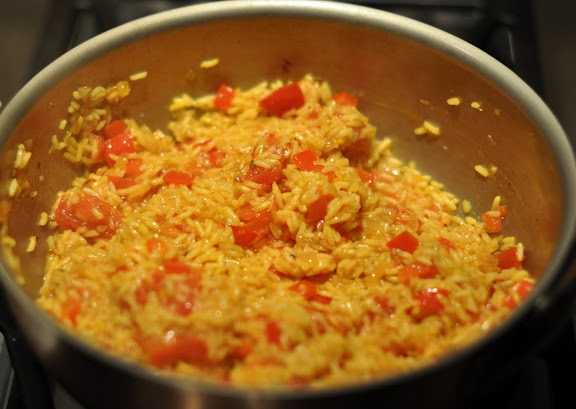 After most of the liquid has cooked down, it’s time to add the chorizo and turkey. 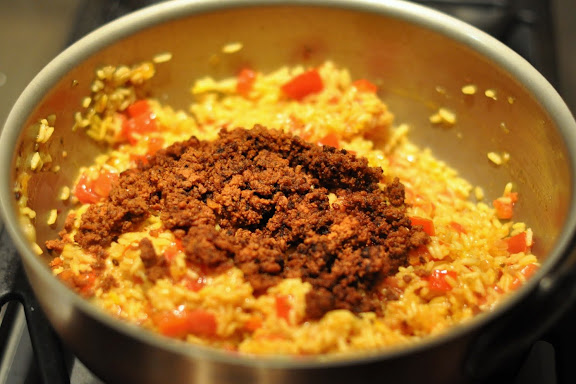 We liked using chorizo instead of link sausage because it breaks up into such small pieces that you have a little bit of chorizo taste in every bite. 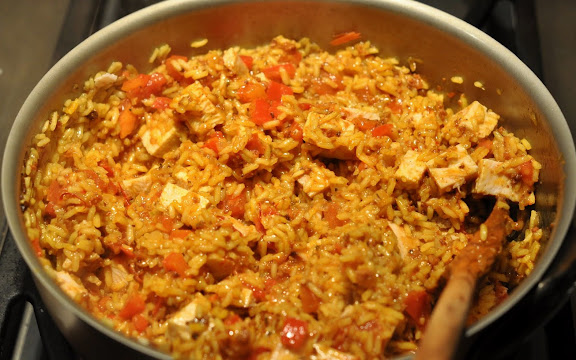 Add the turkey and mix it all together. 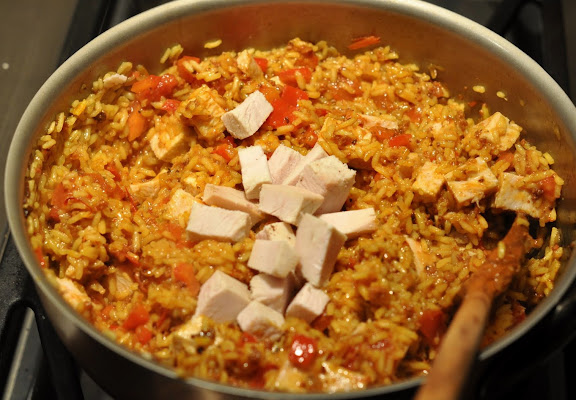 Maybe add a little more turkey.  Cover the pot and toss it in the oven for about ten minutes, and dinner is ready! 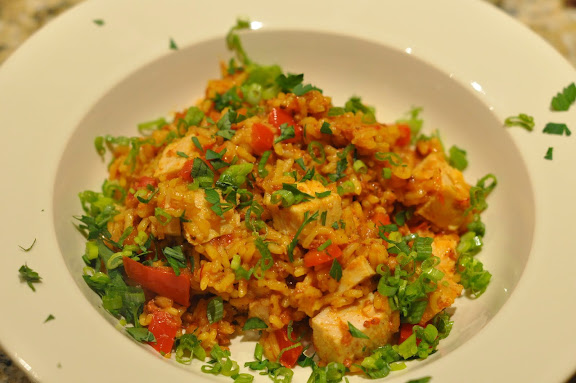 Our addition to the recipe was to garnish with fresh parsley and the green parts of several green onions, finely chopped.  The green onion added a nice fresh taste, some good green color and a bit of a crunch.  This one’s a keeper.  It’s also versatile because you could use many different types of leftover proteins in this dish, such as chicken, pork or shrimp.