We are participating in “Bloggers Against Hunger” today because there are way too many hungry people in this great nation of ours.  Because when you hear a story about a little boy who shies away from his teacher after she spots the spaghetti hanging out of his pocket, since he is saving it for his dinner and he’s afraid she’ll take it away from him — you feel the need to do something.  Because when we volunteered at the North Texas Food Bank, we wrote about how moving it was to know the bags we were filling with nutritional drinks and snacks for the “Food 4 Kids” program might be the only food that 11,000 kids in our area would have to eat over the weekend — every single weekend.  Because we recently watched the documentary “A Place at the Table” and can’t stop thinking about the surprising (and heartbreaking) things we learned from the film about hunger in America.  Because 1 in 6 people saying they don’t have enough to eat in one of the world’s wealthiest countries is not okay. 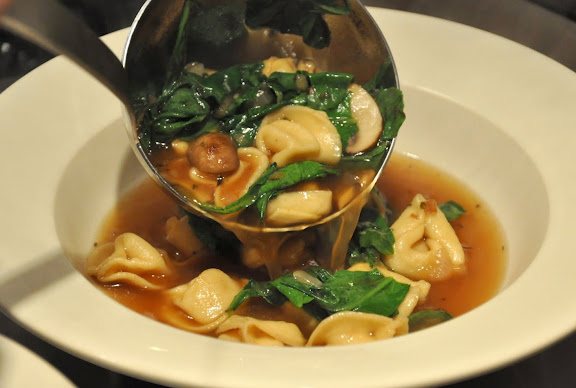 One fact we learned from the movie is that 47 million Americans participate in the Supplemental Nutrition Assistance Program (“SNAP”), but are limited to an average of $3 or $4 per person per day in food stamps to supplement their food budgets.  That’s not a lot of money, and the situation can be even more difficult when healthy food options are more expensive than overly processed, unhealthy items (one of the kids in the movie only had chips to eat one day, another couldn’t focus in school because all she could think about was food — imagining her teacher as a banana and other students as apples.)  We like tortelli soup and baked ziti as relatively healthy meals that can be made for under $15.  But that’s still over the SNAP allotment and only counts as one meal for the day. 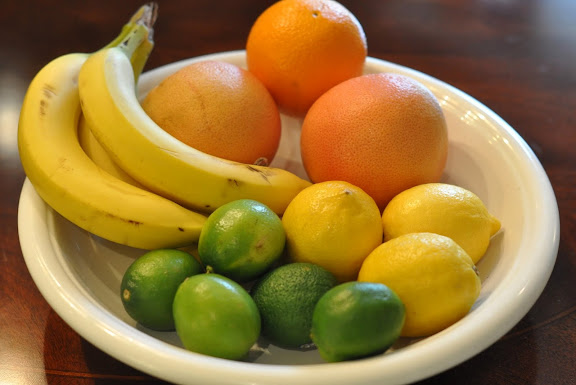 One of the most shocking things we learned from the film is that “food deserts” exist all over America.  A “food desert” refers to an area where there is little or no access (physical and/or financial) to stores that offer fresh produce, vegetables and other foods necessary to maintain a healthy diet.  We had no idea this was an American problem.  During my first year of law school, I lived in the dorm and shared a room with a woman who was already a lawyer in Russia, but came to the U.S. to get an advanced international degree and improve her English.  One of our first days as roommates, I came home after lunch to find her crying.  She explained that she was so sad because she could go across the campus to the cafeteria and get a perfect, juicy orange whenever she wanted, and her daughter back home in Russia rarely had access to fresh fruit.  It’s a lot easier to think of food deserts happening in struggling countries far far away, rather than right here in our own cities and towns. 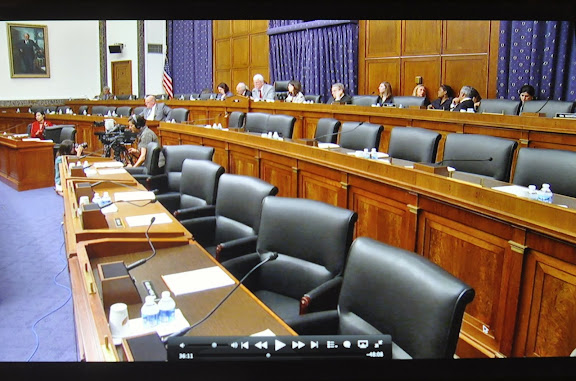 Another appalling take-away from the movie is the lack of any official food policy in this country to address hunger.  (And the apparent lack of government interest in creating one, based on the screen shot of so many empty chairs during Congressional testimony regarding hunger issues.)  According to the film, government food programs that were created in the 1970s and 1980s kept hunger at bay during those years, but such social programs have since been cut or remain unchanged (dollars spent on government reimbursements for school lunches have not changed since 1973), even as the hunger needs have increased.  Charities do their best to attempt to fill the gaps with food banks, soup kitchens and other programs, but we can’t eliminate hunger without policy change.  No matter your political affiliation, at the very least we need more elected officials sitting in those seats, paying attention to the problem.

If you want to help raise awareness about hunger in America, you can use this link to send a letter to Congress asking them to support anti-hunger legislation (it’s quick and easy to do — just fill out your name and address information and click “send.”)

If you want more information on these issues, watch the movie.  Check here for local listings, or you can purchase it on iTunes or Amazon.

4 thoughts on “Blogging Against Hunger”