Summer is here and vegetables such as zucchini and squash are in season.  Summer is also a time when we try to cook more meals and side dishes that require little, if any, use of the oven, stove or grill.  It’s hot here in the summer, is what I’m saying.  So the less slaving over hot cooking methods, the better.  Coleslaw is a good cold side dish and we’ve tried several different varieties (including celery and hot & sour), so we were intrigued by this recipe, which uses zucchini and squash instead of cabbage.  Other ingredients include carrots, green onions, red bell pepper and parsley, as well as white vinegar, sugar, salt, pepper and red pepper flakes for the dressing.  Although we adapted the dressing recipe a bit to make it more suitable to our tastes (less sweet), we liked how easy it was to make, and that it’s an interesting take on traditional slaw and unusual use of zucchini and squash (raw instead of cooked.)  Most refreshing of all, it’s a lightly tangy and spicy side dish that requires zero heat to prepare. 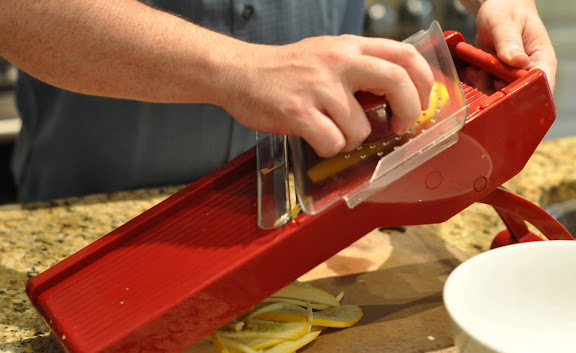 The mandoline food slicer is the perfect tool for this recipe.  We have one (of course we do), mainly because Dan loves cooking gadgets almost as much as he loves cooking, but they really do come in handy when you want to thinly slice veggies into uniform pieces.  And we actually use ours surprisingly more often than some of our other kitchen tools (looking at you, Tortilladora.)  If you don’t have a mandoline, you could use a food processor or cut the veggies by hand. 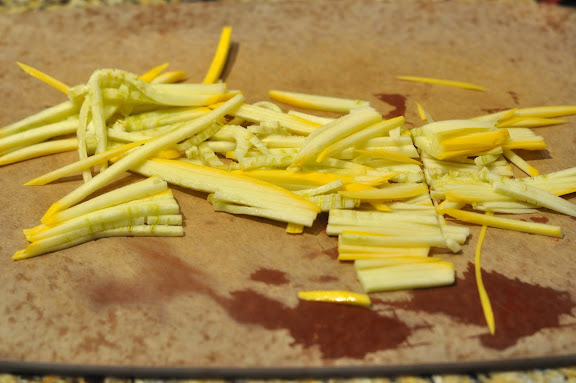 Whatever the method, the goal is very thin strips (a/k/a “julienne”) of squash and zucchini. 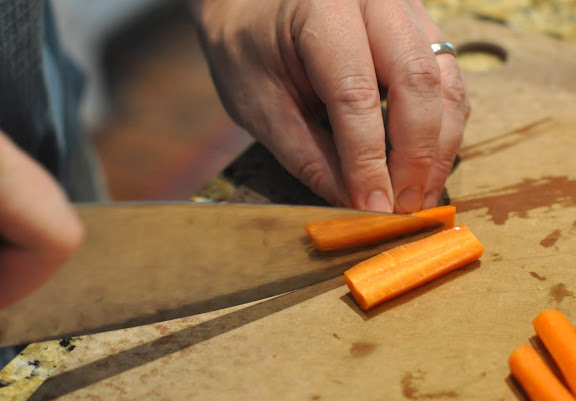 The mandoline doesn’t really work for the carrots, so cut them into thin strips by hand. 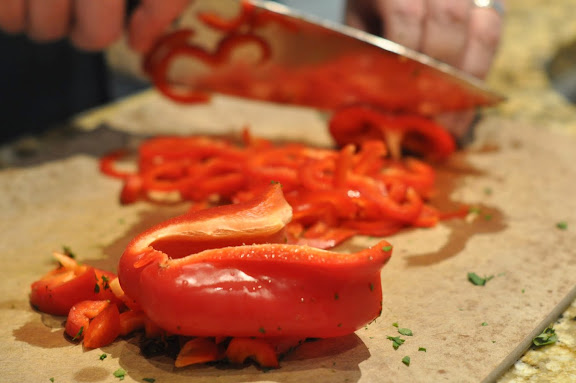 Same with the red pepper.  (You could also use yellow or green pepper — or some combination thereof — whatever you prefer.) 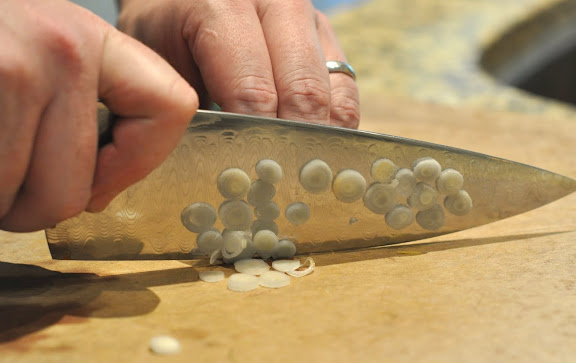 Cut the white parts of the green onions into thin round slices. 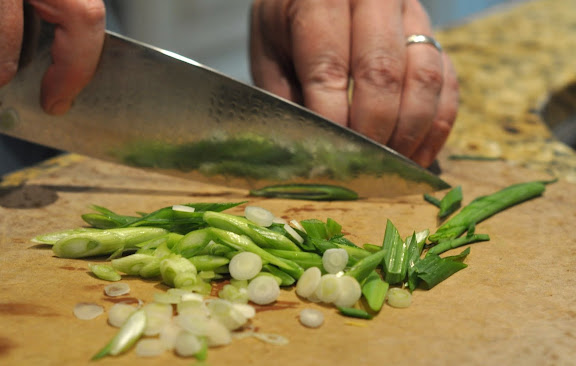 Then cut the green parts diagonally into thin pieces. 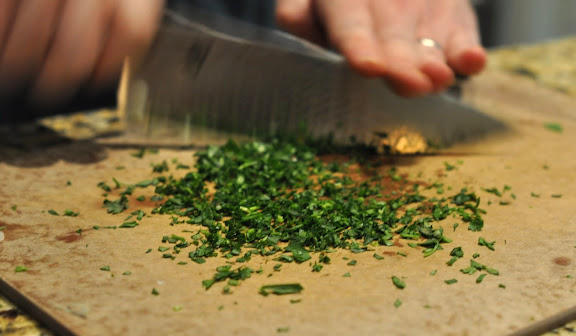 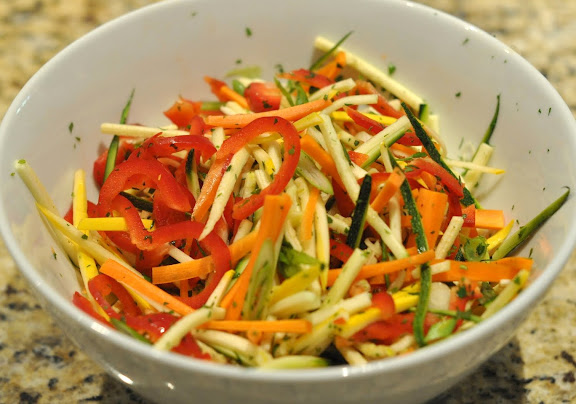 Toss all the veggies together in a large bowl.  In a separate bowl, combine the vinegar, sugar, salt, pepper and red pepper flakes and whisk the ingredients together to make the dressing.  Keep whisking until the sugar and salt are completely dissolved.  Slowly add dressing to the veggies and continue to toss until the slaw is dressed to your liking.  We usually only use about half of the dressing, but we like our slaws and salads lightly dressed. 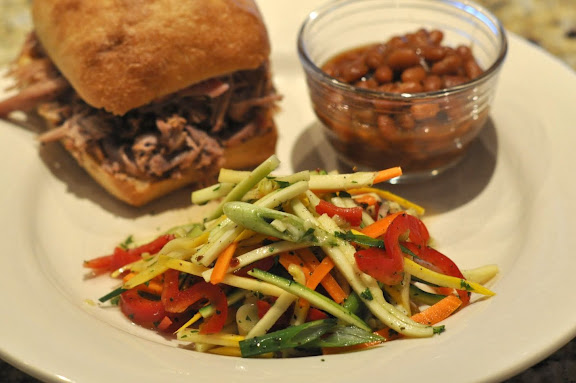 We served the slaw with pulled-pork sandwiches and baked beans for a memorable Memorial Day feast to kick off our summer.