Dan recently decided he wanted to make homemade coleslaw, which to me just seemed like a lot of work for minimal return on the effort.  Why go to all that trouble chopping everything and mixing up a dressing when you can just buy a tub of coleslaw at the grocery store?  Coleslaw is coleslaw, right?  Lucky for you, I was wrong (which Dan loves to hear me say — probably because it doesn’t happen very often), and he was right (I say this even less often.)  He found this recipe on Epicurious, and not only is it quick and easy, but it tastes way better than store-bought coleslaw.  This is a great side dish to serve at backyard BBQs or parties this upcoming holiday weekend. 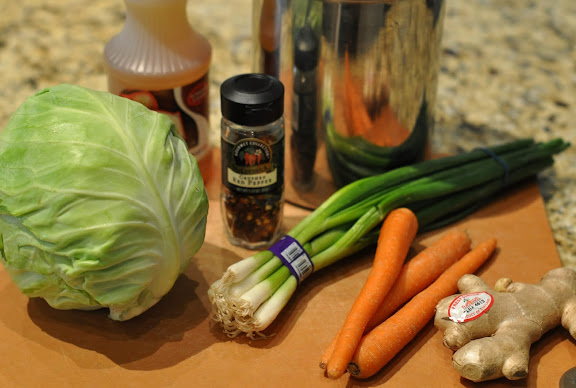 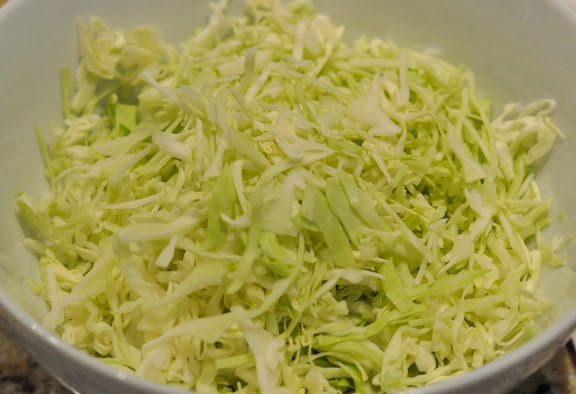 Slice the cabbage into thin strips. 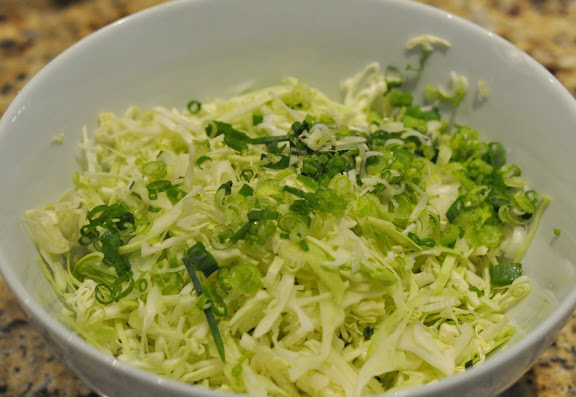 Finely chop the green parts of the green onions.  You can throw in some of the white parts too if you want the slaw to have a little more onion flavor. 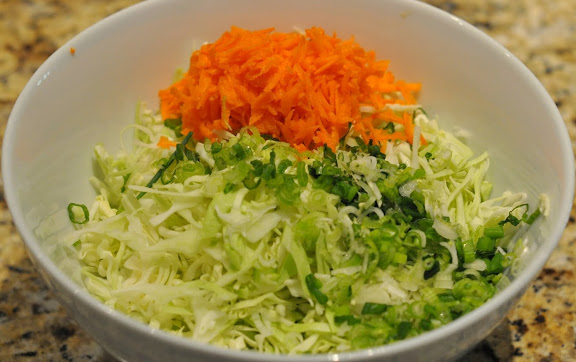 Shred the carrots using a cheese grater (the side with the big holes works best.) 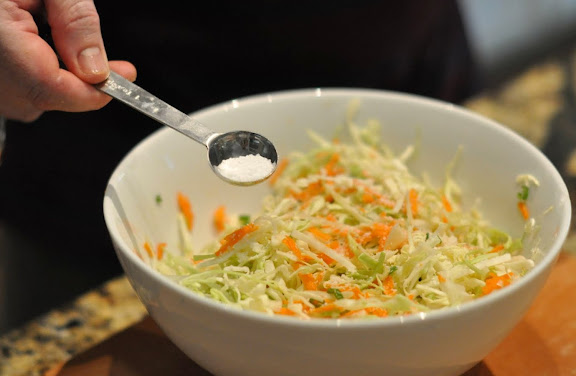 Mix the cabbage, green onions and carrots together and add the salt.  The recipe says to allow the cabbage mixture to rest at room temperature for about 5 minutes until the cabbage is slightly wilted.  We complied and set the bowl aside while we prepared the dressing, but never really noticed any wilting. 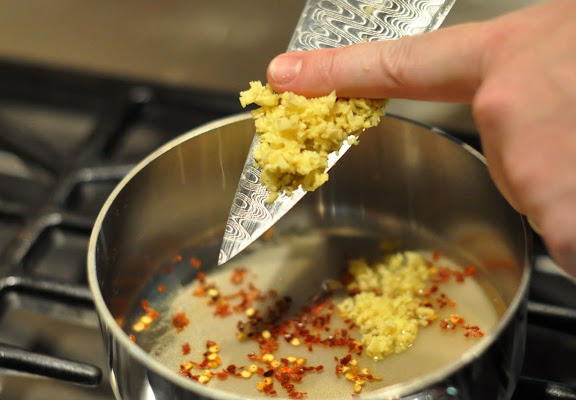 For the dressing, combine the vinegar, sugar, ginger and red pepper flakes in a small saucepan and bring everything to a boil, stirring until the sugar is dissolved. 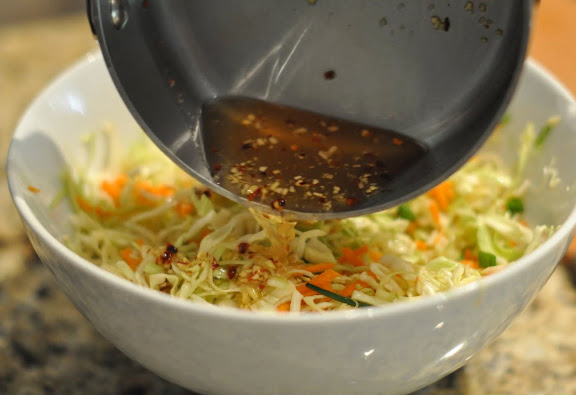 Pour the dressing over the slaw and toss everything together. 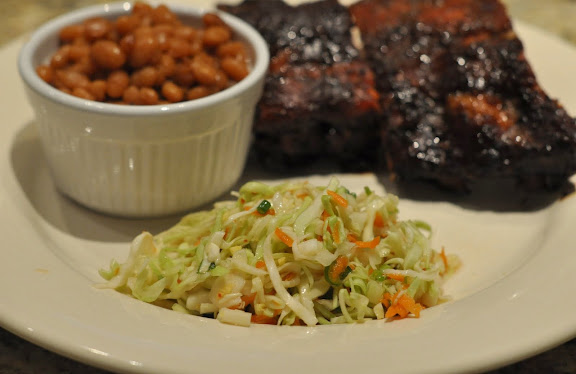 We served our coleslaw with baked beans and ribs (both of which are also delicious options for a Fourth of July celebration, with the caveat that neither is particularly quick to prepare.)  The slaw was indeed both hot and sour, with an overall fresh taste that store-bought coleslaw can’t beat.

1 thought on “Hot and Sour Coleslaw”