We’re a day late in wishing everyone a happy Memorial Day, but it’s never too late to reflect on what this holiday is all about — a day of remembrance for those who have died in service of our nation. When I was thinking about what to write that could somehow adequately express the gratitude we feel to those who selflessly serve in our military, I remembered a profound occasion that Dan and I witnessed in an airport several years ago. We arrived for a very early morning flight and found that most of the people flying out of our terminal that day were men and women in uniform.  I had never seen that many military personnel in one place before.  I don’t know what branch of the military they were in, nor do I know where they were headed. But they were clearly being deployed somewhere significant.

Airport security relaxed the usual procedures and allowed loved ones to accompany the departing service members beyond the security lines and x-ray machines to the terminal gates. We saw mothers and fathers proudly yet anxiously escorting young men who seemed barely out of high school.  Then there were couples, one parent in uniform and holding a baby or small child, the other alongside struggling not to cry. We also saw a few soldiers sitting alone, which was heartbreaking to me without knowing their stories and why no one was there to give them a proper send-off.  It was a truly humbling and unforgettable experience.  What Dan and I will always remember most from that morning at the airport is seeing those men and women about to embark on a journey that we realized was more than we could ever possibly comprehend in terms of commitment, duty and potential sacrifice.  We humbly say thank you to the people we saw that day and all the men and women of the armed forces who devote themselves to serving our country, especially those who, in the words of Abraham Lincoln, “gave the last full measure of devotion.” 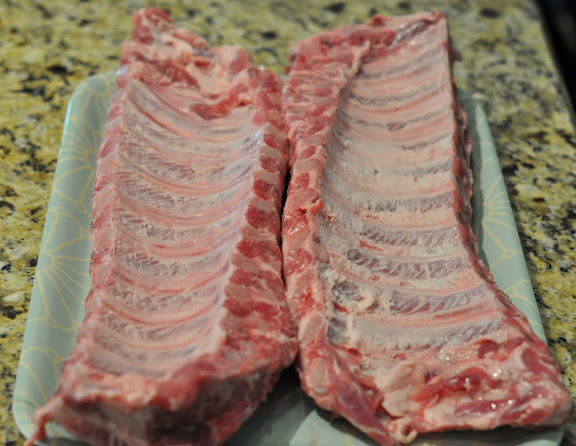 In addition to being a day of remembrance, Memorial Day is considered by many to signal the unofficial beginning of Summer, and of course, grilling season.  So, who’s hungry?  We decided to commemorate the occasion this year with a rare treat — BBQ ribs.  (Why yes, that is a ridiculous amount of ribs for just two people.  Dan sometimes takes a “more is more” approach when it comes to grilling, especially when it is something he doesn’t get to grill very often.) 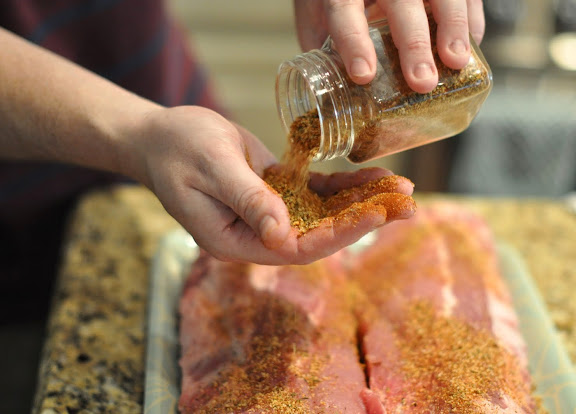 As long as you have the time to properly cook them “low and slow,” ribs are really easy to prepare.  We started with Dan’s spice rub — two parts Kosher salt and paprika and one part thyme, ground cumin, crushed red pepper, granulated garlic and oregano — generously coating the ribs with it on both sides.  This rub is also delicious on chicken. 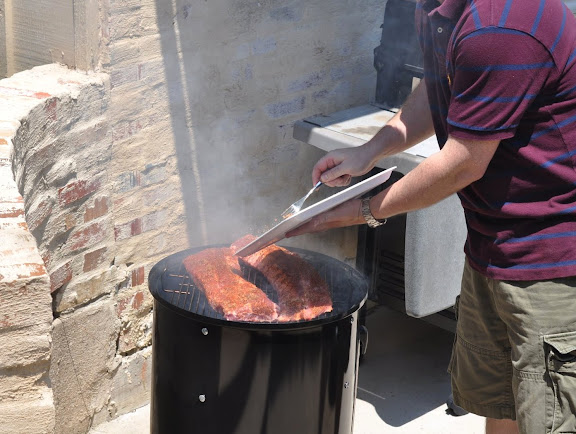 Dan had already set up the smoker to cook the ribs at 225 degrees for 4 hours. 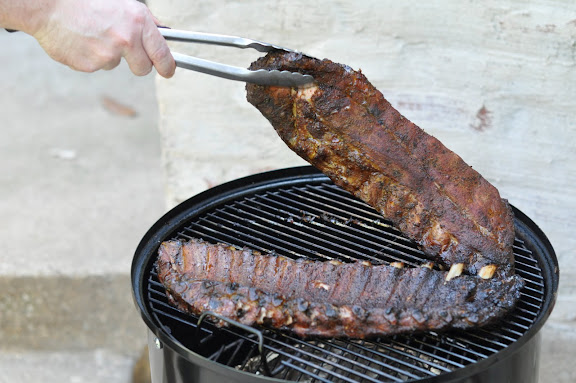 It was rough, but Dan managed to contain himself and refrain from uncovering the smoker to take a peek until the ribs had cooked for at least 3.5 hours. 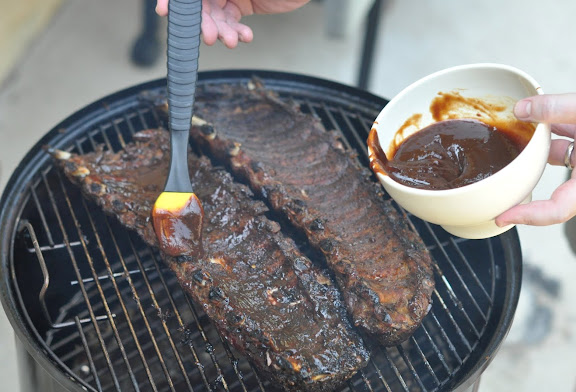 After 4 hours, Dan coated both sides of the ribs with BBQ sauce and covered them to cook for another half hour.  Upon reflection, this extra half hour of cooking was unnecessary and caused more of the sauce to cook off than we would have preferred.  Next time, we’ll sauce the ribs, then loosely tent-wrap them in foil off the heat for half an hour instead. 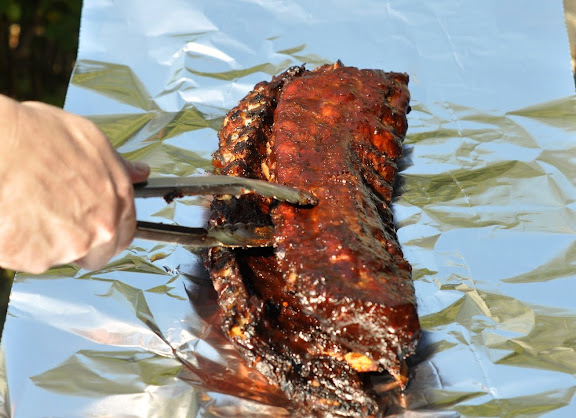 We weren’t quite ready for dinner when the ribs finished cooking, so Dan wrapped them (loosely) in foil and put them in an empty (and dry) cooler — a tip he came across in one of his grilling cookbooks.  The foil and the insulation worked to keep the ribs nice and hot until we were ready to eat. 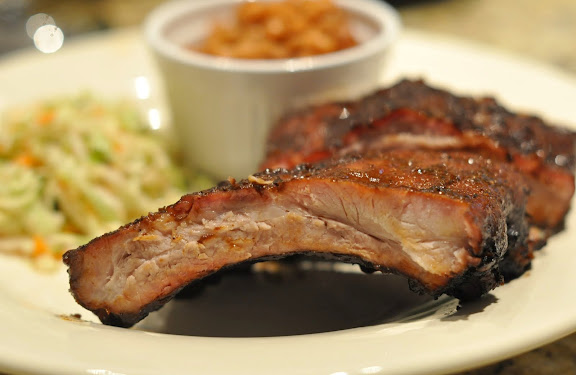 We served the ribs with homemade baked beans and “hot and sour coleslaw.”  The ribs were tender and juicy with a nice smoky flavor.  As noted above, the only thing we would do differently would be taking the ribs off the heat after adding the sauce.  Otherwise, they were perfect and it was a great BBQ meal to ring in Summer.

We hope you and yours had a happy Memorial Day and that your Summer is filled with lots of grilling and many appreciated blessings.