Okra is still in season around here — at least in our garden.  If you can get fresh okra where you live, this side dish is a great way to use it.  And bonus if you also have garden-fresh tomatoes.  As much as we love the simple saute method of cooking okra, we adapted this recipe to beef it up a bit with the added texture and flavor from the tomatoes, along with a sauce made with a base of sauteed onion, celery, jalapeno and garlic, simmered in a mixture of tomato paste, chicken broth, red wine vinegar and fresh thyme.  The hearty result could be served over rice for a light lunch, and makes for a nice accompaniment to a fish, pork or chicken main course that needs a little extra zing. 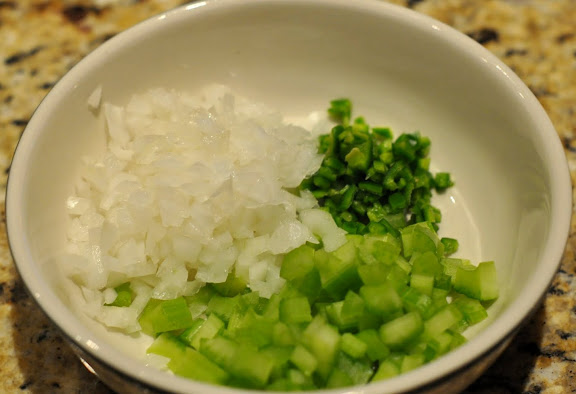 This recipe comes together pretty quickly, so it helps to prepare most of the ingredients before you actually start cooking.  Finely chop the onion, celery and jalapeno (de-seed the jalapeno to reduce the spice.)  Also mince the garlic.  (The lack of a minced garlic photo may or may not foreshadow future events.) 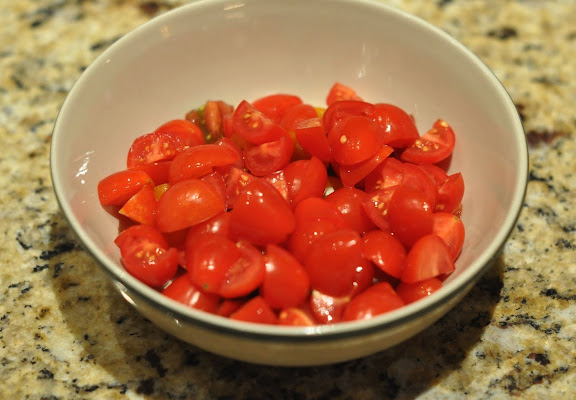 Dice the tomatoes.  If you don’t have fresh tomatoes, you could use a can of diced tomatoes instead. 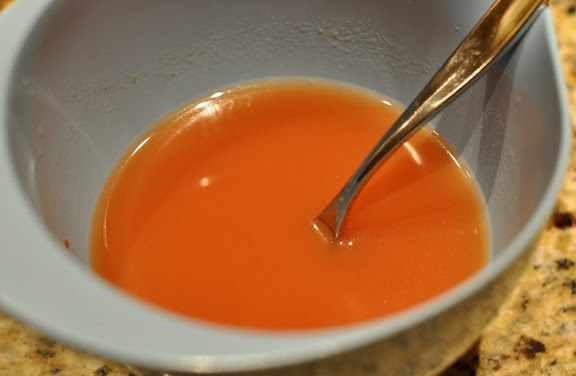 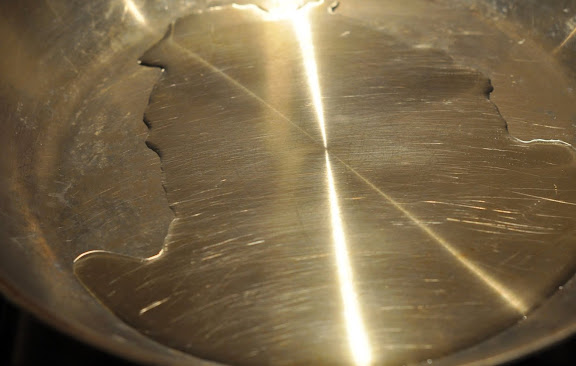 Heat a couple of tablespoons of vegetable or canola oil in a skillet over medium-high heat. 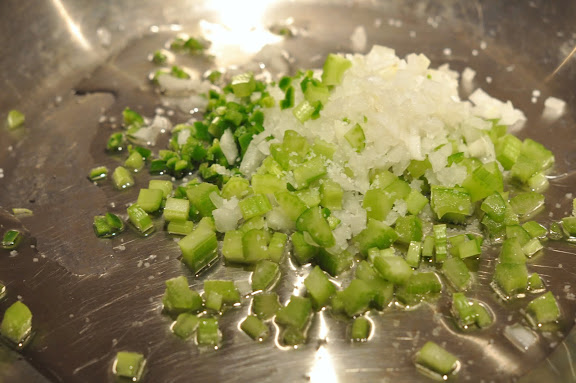 Add the onion, celery and jalapeno with a dash of salt to the skillet and cook until the veggies begin to soften — about 5-6 minutes. Next, stir in the garlic and cook until fragrant — about 30 seconds.  Or, mistakenly leave the minced garlic sitting in its little bowl on the counter next to the stove until you do the dishes and discover that you completely forgot to use it. 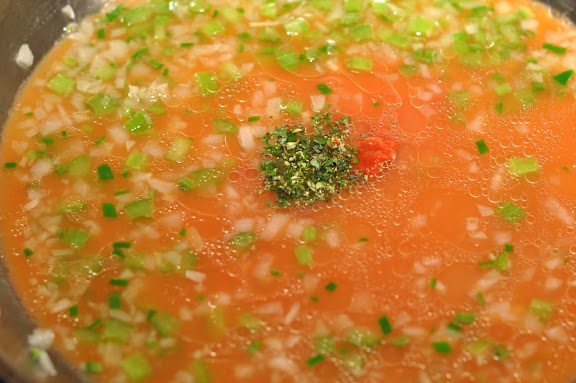 Add the chicken broth mixture and the chopped thyme (you can use fresh or dried) to the veggies and bring the sauce to a boil.  Allow the sauce to simmer until it thickens — about 6-8 minutes. 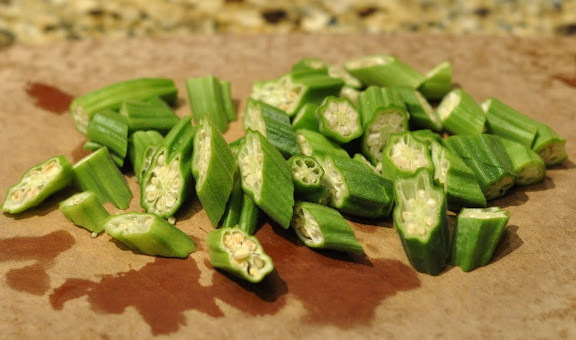 While the sauce simmers, slice the okra on the diagonal into 1 inch pieces.  Waiting to slice the okra until just prior to cooking it reduces the potential slime factor, and cutting it diagonally increases the surface area that will brown when you saute it. 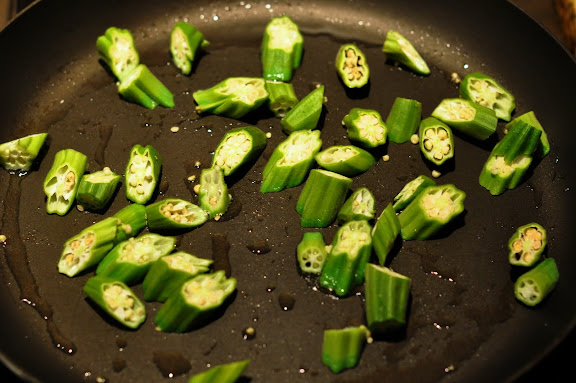 Heat about a tablespoon of vegetable or canola oil in a large nonstick skillet over high heat.  Add the okra in a single layer and let it brown on one side for 1-2 minutes, then toss the okra and continue browning for another couple of minutes.  Be careful not to overcook the okra — you want it to retain some of its crunch. 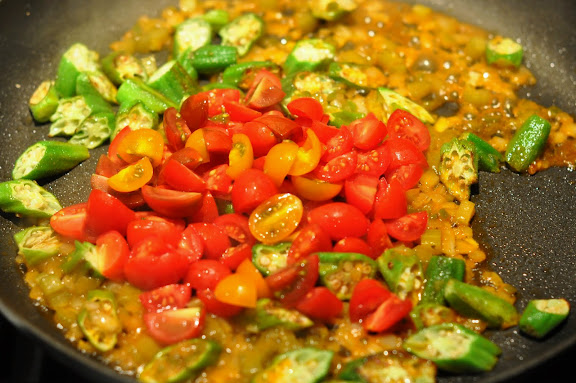 Add the sauce and the tomatoes to the skillet with the okra and simmer everything until the tomatoes are heated through and begin to soften a little — about 2-3 minutes. 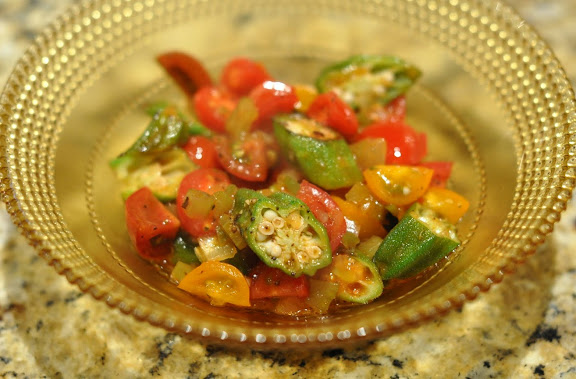 Season with salt and pepper to taste and serve hot.  The warm tomatoes contrast perfectly with the crisp, browned okra, while the savory sauce with a spicy kick brings it all together.  And, assuming you remember to actually use it, the garlic adds even more depth of flavor.