Although summer is the peak season for okra, it is still available in grocery stores here in Texas, so we thought we’d share a really, really quick, easy and delicious recipe for sauteed okra.  Until we found this recipe, okra was a vegetable that never made it into our rotation (I’m not a big fan of vegetables, so our rotation typically consists of veggies that Dan cooks in such a way that they don’t taste like vegetables).  This recipe earned okra a spot among our usual broccolini, green beans, zucchini, and asparagus side dish favorites. 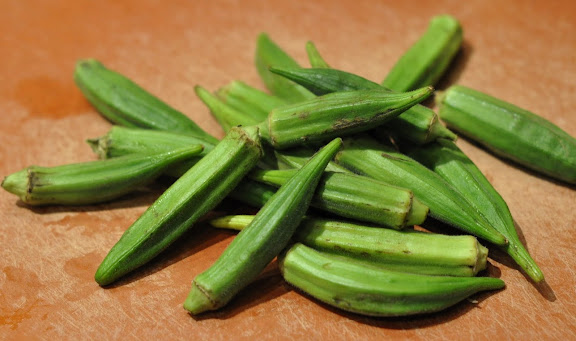 Dan found this okra recipe from one of our favorite food blogs – Michael Ruhlman’s site.  This dish is so simple that it’s almost not even a recipe at all.  All you do is heat about a tablespoon of canola or vegetable oil in a pan, then add the okra, salt & pepper and red pepper flakes if you like a little heat.  That’s it.

While the oil heats, cut the okra into round bite-sized pieces. 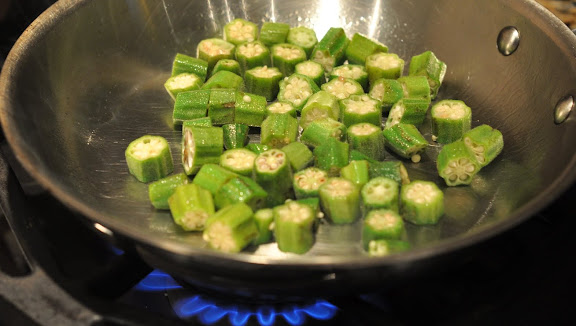 As Ruhlman points out, the key to cooking okra is not to over-cook it.  You want the okra pieces to brown just a little bit, but retain their crunch.  If you over-cook them, they can get slimy.  We cooked ours for about 5 minutes total. 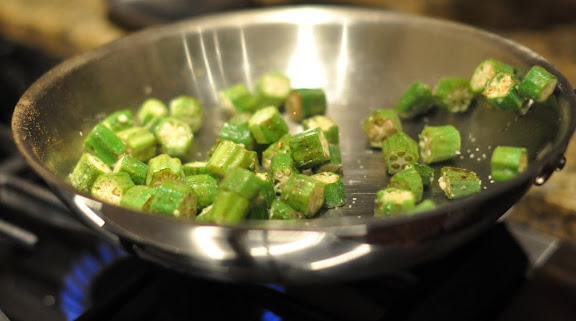 When Dan sautes stuff, he likes to flip the pan contents up out of the pan to turn them.  I took about 20 photos trying to capture this process and show the okra suspended mid-air over the pan.  The *best* (term used loosely) shot I got was the one above with 3 pieces of okra sort of mid-air on the right side. 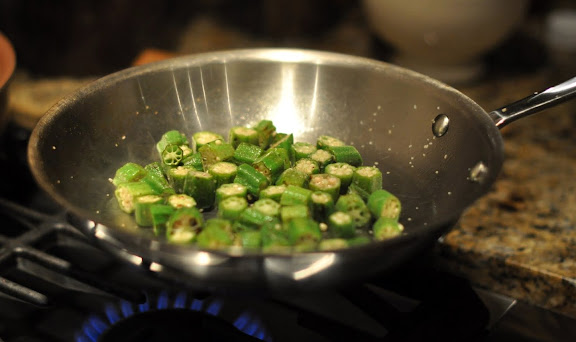 Yet another photo attempt.  If you don’t want to flip the okra, you could also just use a spatula or big spoon to turn the okra so that it cooks evenly. 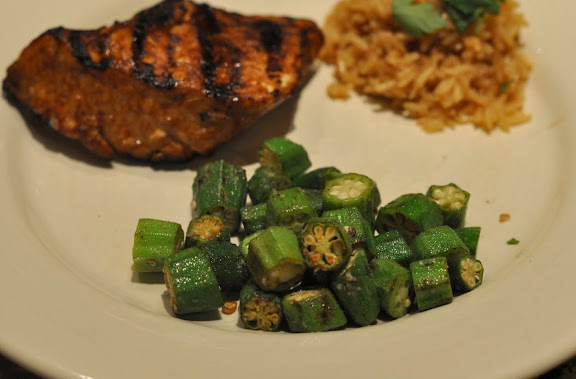 We served the okra with a rice dish and grilled shark steak in an asian marinade.  This dish is so simple and easy that you will be surprised at how good it tastes!