Over the summer, we cooked an entire pork shoulder in the smoker, which resulted in a ton of delicious pulled pork, a lot of which we froze for later use.  Always keeping an eye out for creative uses of leftover pork and other proteins (this sugo was a good one), we were excited to find a recipe using shredded pork in Cook’s Illustrated’s “Mexican Favorites” magazine.  (What?  You don’t get your thrills searching through magazines and cookbooks for innovative ways to transform leftovers into new dishes?  Well then, you’re seriously missing out.)  The original recipe calls for braising a pork roast with some onion, garlic, thyme and salt to make “tinga,” or Mexican shredded pork.  Whenever we run out of leftover pulled pork (next year sometime?), we’ll try the tinga recipe, but until then, the smoky flavor of the pulled pork adapts well to the chipotle-infused tomato sauce for a flavorful tostada topping.   In fact, we loved these tostadas so much that the next time we thaw some of our pulled pork, we’re going directly to this recipe.  Do not pass go, do not collect $200, do not seek out other uses of pulled pork. 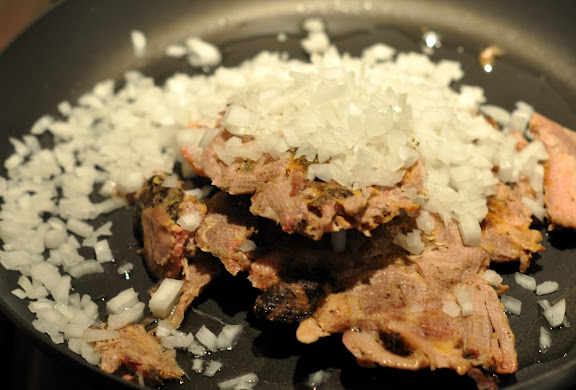 According to Cook’s Illustrated, authentic tinga has browned edges that stay crispy even after simmering in tomato sauce for a few minutes before serving.  The original recipe calls for browning the pork with chopped onion after the braising process.  Since the pulled pork was already cooked, we just skipped to the browning step.  Heat about a tablespoon of vegetable or canola oil in a nonstick skillet over medium-high heat, add about half of a chopped onion, a pound of pulled pork and 1/4 teaspoon of dried oregano.  Cook, stirring often, until the onions soften and the pork browns — about 8-10 minutes. 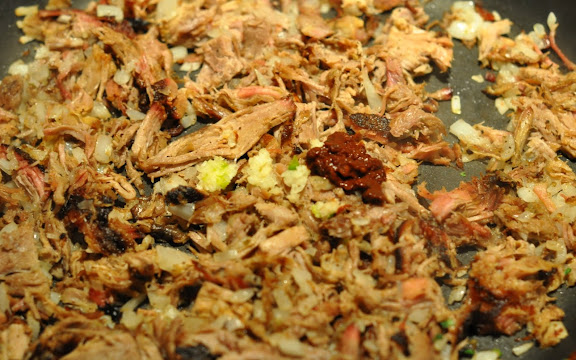 Add 1-2 cloves of minced garlic and 1 (or 1/2, depending on how spicy you like it) of a chopped chipotle chile to the pork and onion.  The original recipe calls for ground chipotle chile powder (a tablespoon for the full recipe), but we didn’t have any so we used canned chipotle.  Cook the garlic and chipotle until fragrant — about a minute. 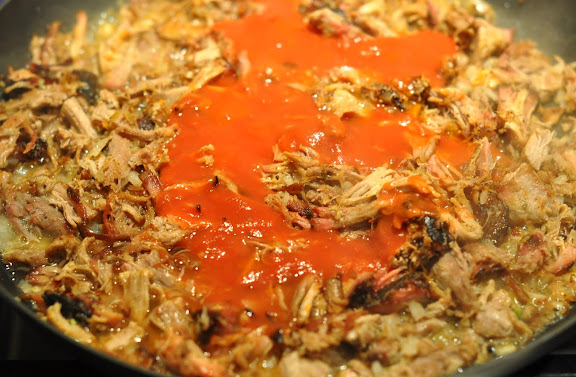 Add an 8-ounce can of tomato sauce and a bay leaf and simmer until almost all the liquid has cooked off — about 5-7 minutes.  Remove and discard the bay leaf, taste the pork and season with salt and pepper as needed. 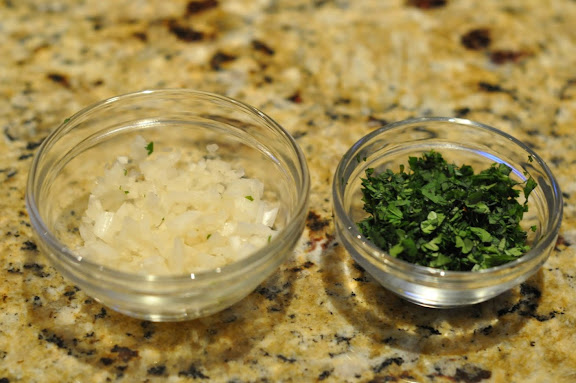 To allow the pork to be the focus of the tostadas, we kept the garnishes pretty simple.  We heated some refried beans and spread them on the tostadas, added a generous layer of pork, then topped the pork with finely chopped onion, cilantro and crumbled Cotija cheese (a very mild Mexican white cheese — monterey jack or even feta would also work.)  You could make your own tostada shells by frying corn tortillas flat in vegetable or canola oil until crisp and lightly browned.  But the folks at Cook’s Illustrated highly recommended the store-bought brand “Mission Tostadas Estilo Casero,” so we used those and they were really good. 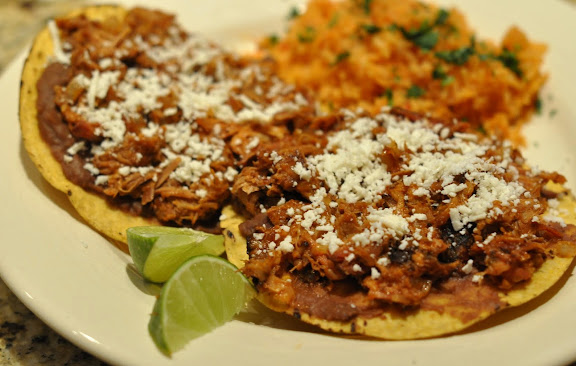 The lime wedges are not just for show!  A little squeeze of lime juice over the tostada brightens up all the flavors and completes the dish.  Sort of like acquiring Park Place when you already own Boardwalk, so you can start building houses and charging the expensive rent.