Following a bye-week, the Steelers played the Philadelphia Eagles on Sunday.  Despite being located in the same state, there is no love lost between these two cities and their football fans.  Dan tells me that Eagles fans are so notoriously unruly that their former stadium actually had a jail and a courtroom in it, so that belligerent patrons could be dealt with immediately.   zealous team support aside, Philadelphians know their way around a sandwich — specifically, the cheesesteak sandwich.  Legend has it that the very first Philly cheesesteak was made by hot dog vendor Pat Olivieri in 1930, and became famous when a cab driver smelled the beef cooking, asked for a steak sandwich and spread the word to fellow cabbies.  Although the original and truly authentic cheesesteak is made with beef, we decided to try a healthier adaptation using chicken for this week’s Steeler Opponent-City Challenge, inspired by the chipotle chicken cheesesteak from this sub shop.  We used a chipotle cheese sauce also inspired by that sandwich, instead of the Cheese Whiz used in the authentic version.  The chipotle adds a spicy, smoky flavor that takes the cheese sauce to a whole new level.  Although different from the genuine Philly cheesesteak, we actually like the chipotle chicken version better.  Much as we liked seeing the Steelers beat the Eagles with a field goal in the final 3 seconds of the game.  Just don’t tell any over-served, hostile Eagles fans that our sandwich is better than theirs. 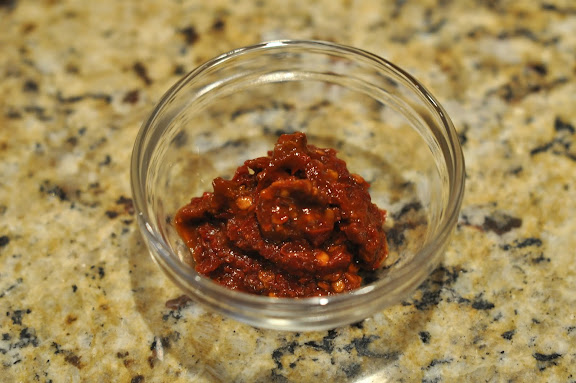 The cheese sauce recipe we used was actually intended as a topping for baked potatoes, but it worked really well on the cheesesteaks.  Chop about 2 tablespoons of chipotle peppers (you can find chipotles in cans — usually labeled as “chipotle in adobo sauce” — in the Hispanic foods section of the grocery store.)  Most recipes using chipotle only call for 1-2 peppers (they are spicy!), but any peppers you have leftover will last for a long time in a little plastic container in the fridge. 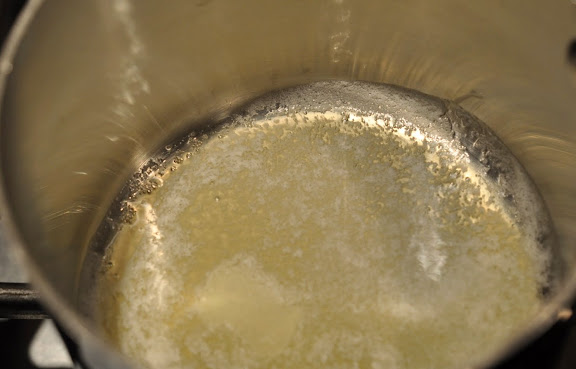 Melt the butter in a small saucepan over medium heat. 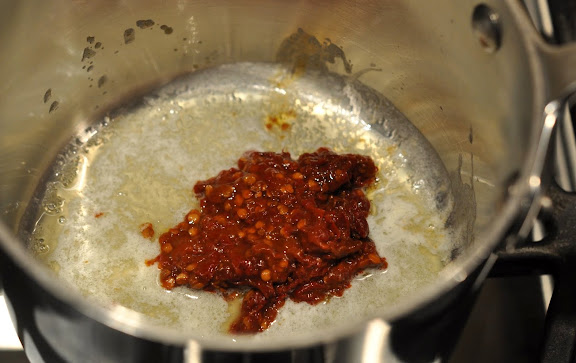 Add the chopped chipotle and cook for about 2 minutes. 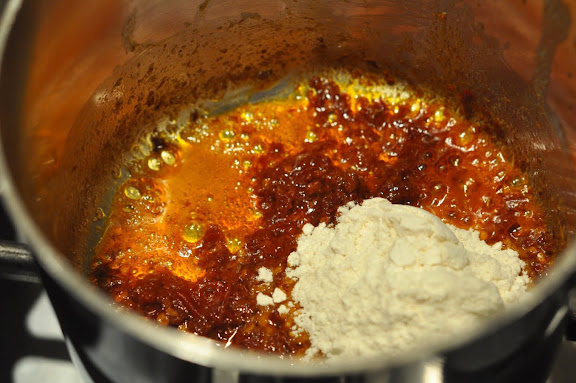 Stir in the flour and ground black pepper. 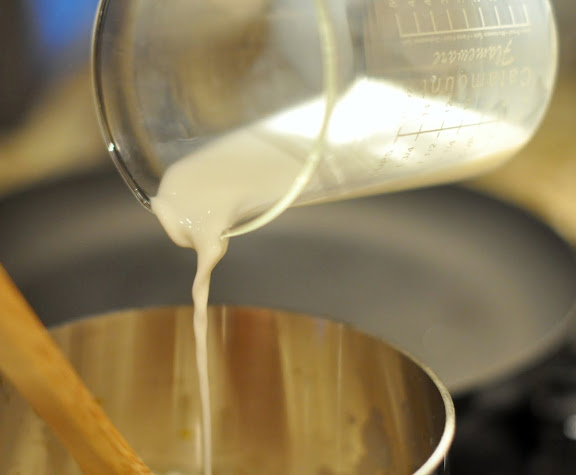 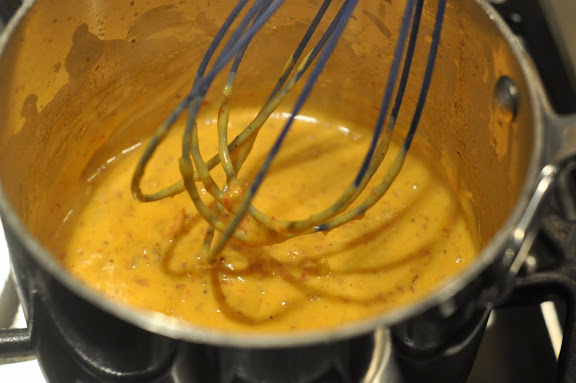 Increase the heat and bring the mixture to a boil, stirring often until the sauce thickens — about 2-3 minutes. 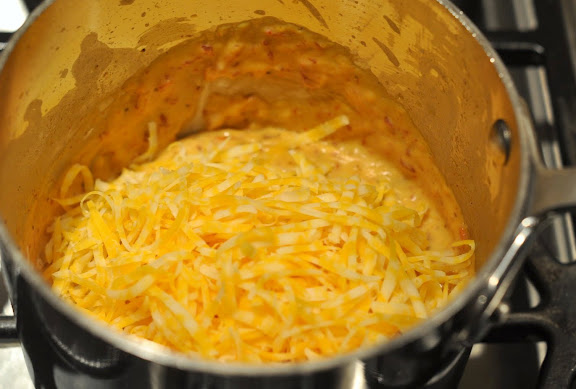 Add the cheese and stir until the cheese melts.  Turn off the heat and cover the pan to keep the sauce warm. 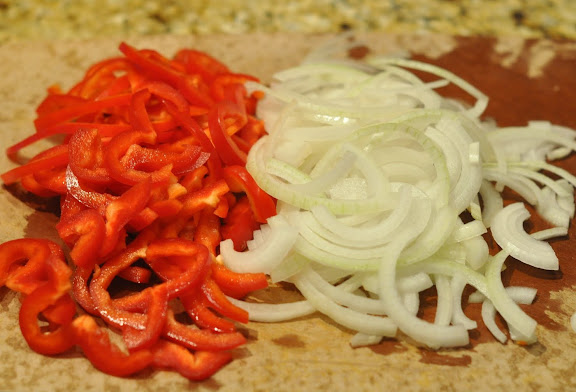 Slice the onion and peppers for the cheesesteaks.  We prefer red bell peppers over green ones, but use whichever you like. 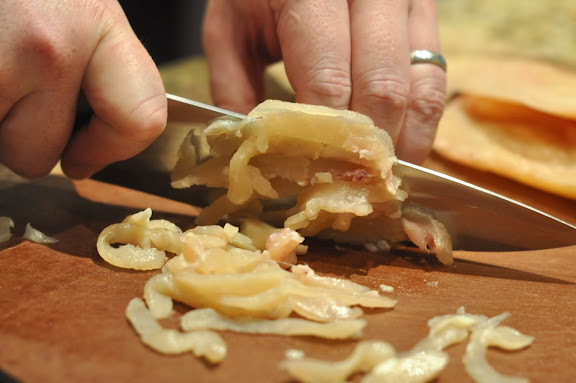 While you’re making the sauce, the chicken should be in the freezer for about 45 minutes.  Flash freezing the chicken this way makes it much, much easier to cut into very thin strips.  We used boneless chicken breast, which don’t require much (if any) fat-trimming and are easy to work with.  Season the chicken with salt and pepper. 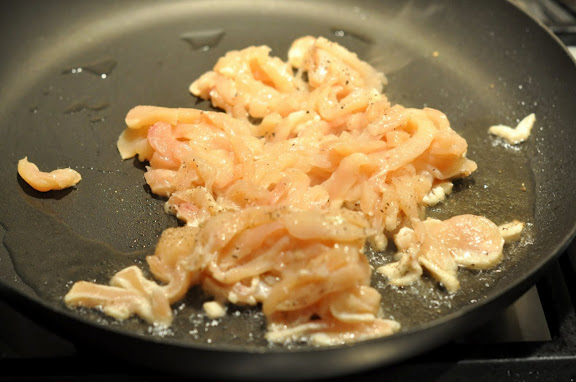 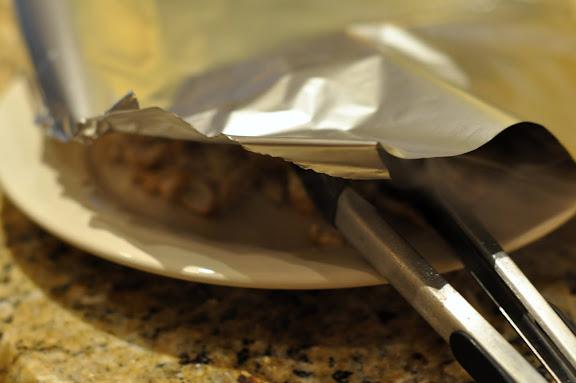 Remove the chicken to a plate and tent it with foil so it stays warm. 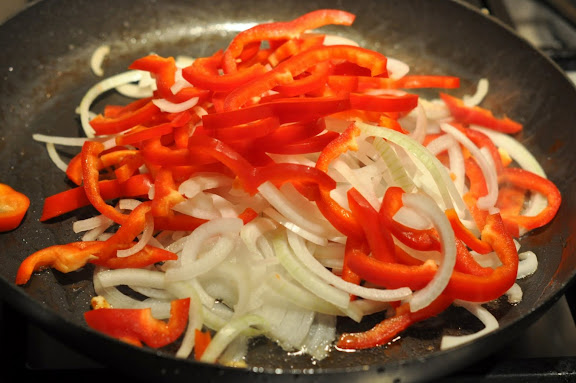 Add another tablespoon of oil and saute the peppers and onions over medium-high heat until they begin to soften — about 6-8 minutes. 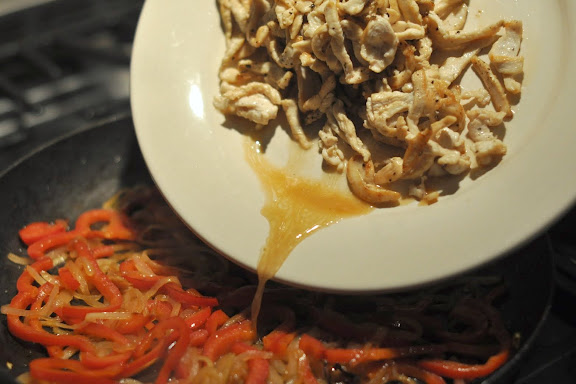 Return the chicken (and any accumulated juice) to the skillet with the onion and peppers. 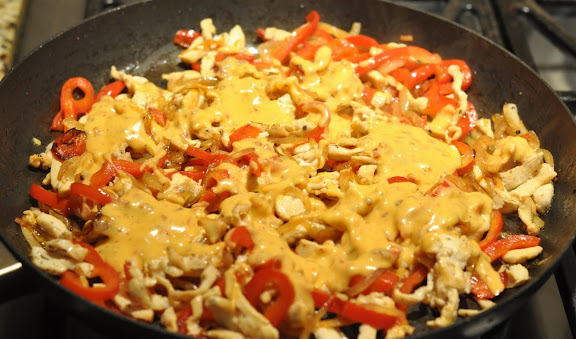 Add a couple of spoonfuls of cheese sauce to the chicken mixture, stir it all together and cook for a couple of minutes. 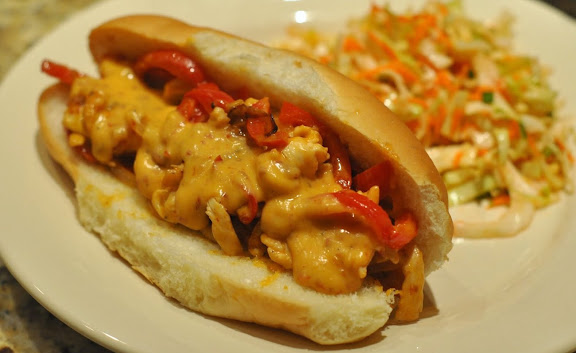 Serve the chicken in a soft roll, topped with additional cheese sauce.  We love these sandwiches and will definitely make them again.  Chock up another win (for us and the Steelers!) in the S.O.C.C.:  Steelers:  2-2, Foodie Lawyer:  3-1.