On our 34th (and counting) consecutive day of temperatures above 100 degrees, what sounds better than a big bowl of hot soup?  It is counterintuitive, but this soup actually does sound good to me right now, even as hot as it is outside these days.  Also counterintuitive?  Wanting to beat the record of 42 consecutive days, even while complaining how ridiculously hot it is.  It’s so hot that I don’t have the energy to make any “how hot is it” jokes.  But it’s not too hot for this particular soup, which is lighter than you would expect, with southwest flavors and a creamy texture.  We found the recipe in Cook’s Illustrated’s book “The Best 30-Minute Recipe” — making it even more appealing to cook on a hot summer night because the recipe is quick and means less time slaving over a hot stove or grill.  Have I mentioned that it’s hot here? 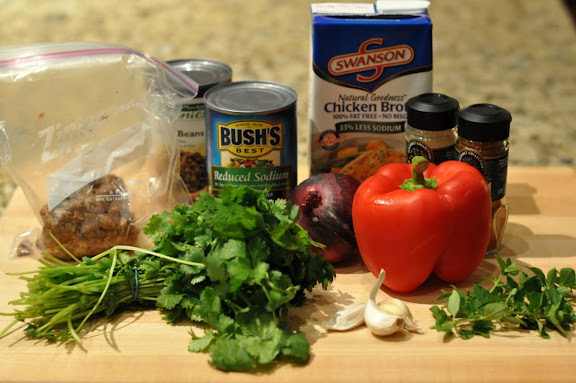 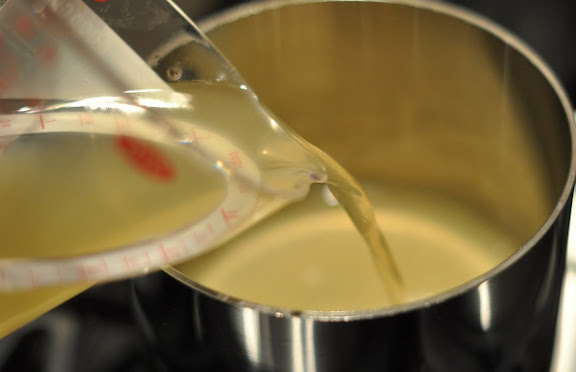 Start by bringing the chicken broth to a boil in a covered pot, then set it aside off the heat. 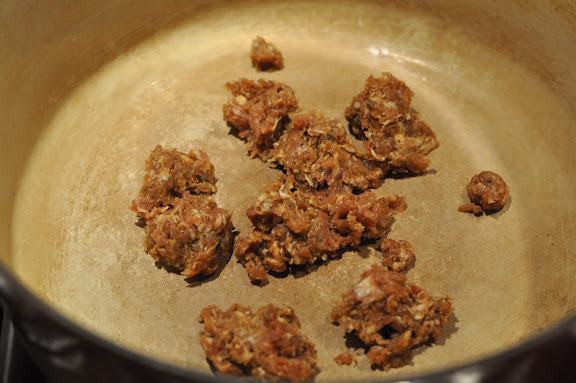 While the broth heats to a boil, cook the chorizo over medium heat until the meat is browned and the fat is rendered — about 5 minutes. 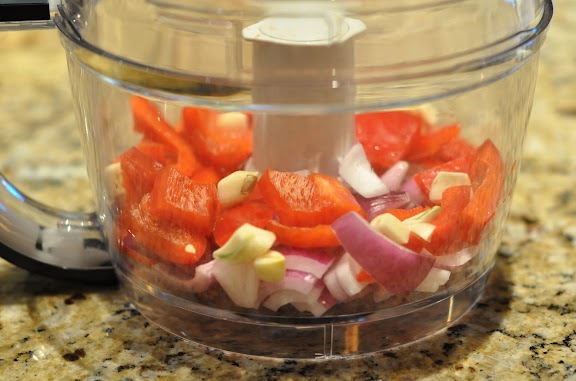 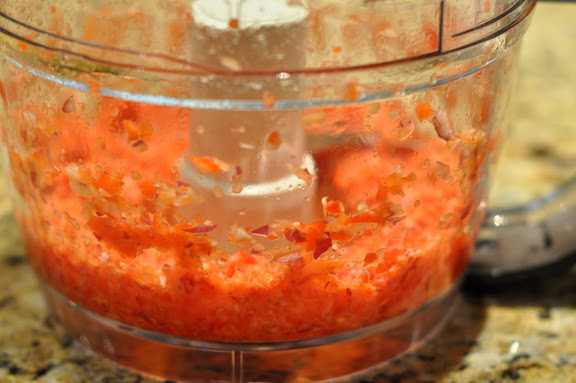 …then pulse these ingredients in the food processor until they are finely minced. 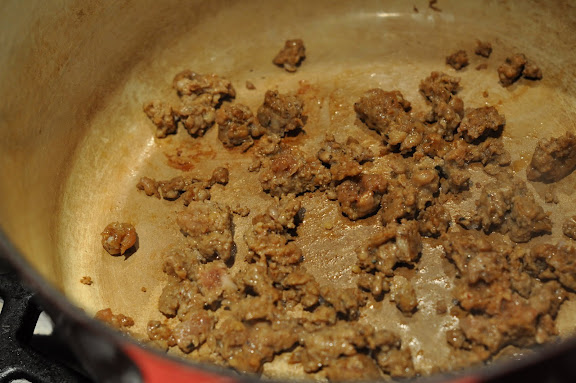 On the night we made this soup, we used some of our homemade chorizo, which stayed pretty chunky as it browned and the fat rendered.  We broke it up into small pieces while it cooked.  We have previously made this soup with store-bought chorizo, which appears to render away into nothing as it browns.  Don’t be alarmed if that happens to your batch — the chorizo flavor will still be there in the final result, even if it seems like there isn’t much meat left. 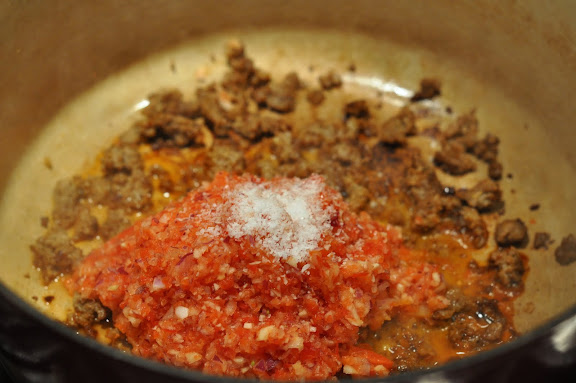 Add the processed veggies and some salt to the chorizo and cook until the veggies dry out and begin to brown — about 6-8 minutes. 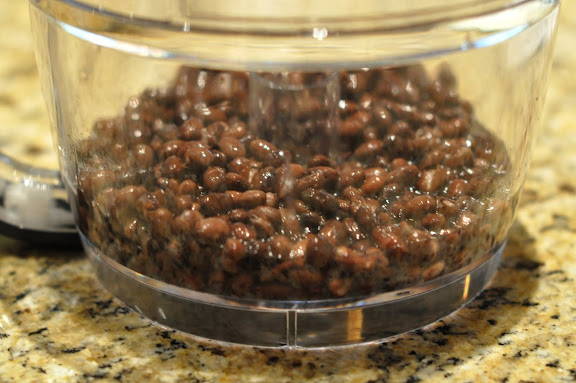 Next, rinse the black beans and place 3/4 of the total amount of beans in the food processor with a little bit of water.  Set aside the remaining portion of whole beans to be added to the soup at the end. 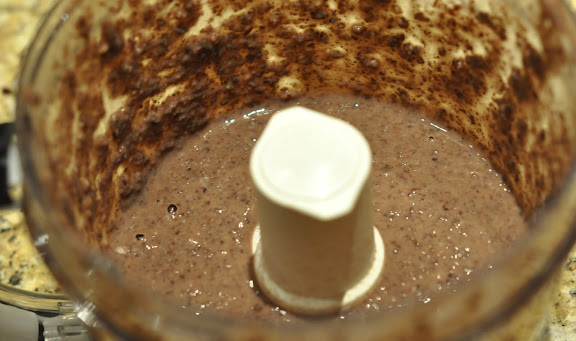 Puree the beans and the water until smooth. 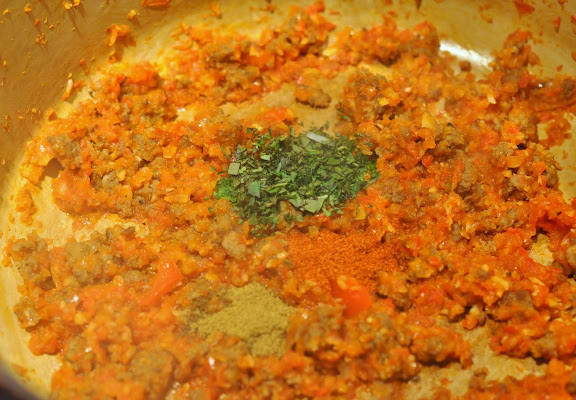 Add the oregano, cumin, and cayenne to the Dutch oven and cook until fragrant — about 1 minute. 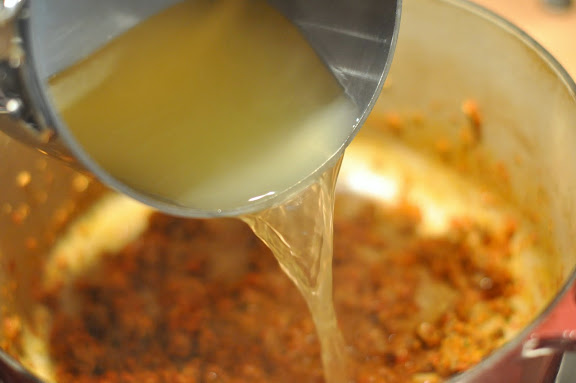 Then add the hot chicken broth and pureed beans… 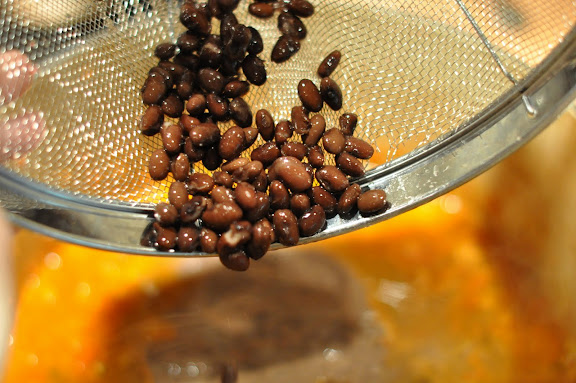 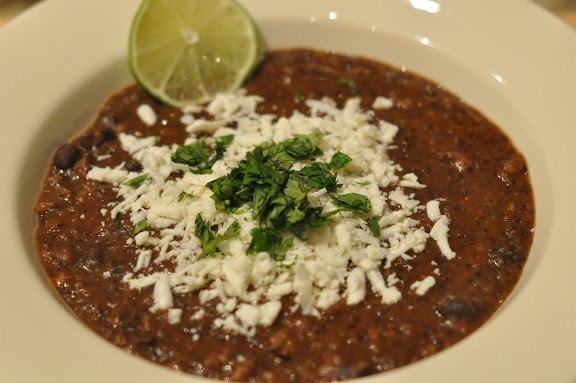 We garnished our soup with a mild Mexican cheese (Monterey Jack cheese would also work) and cilantro.  This is an easy and delicious soup that is perfect for a weeknight, even in the summer.  But if it’s hotter than 110 degrees where you are, maybe cool the soup, add some sour cream, grab some chips and a frozen margarita and call it a day.