The eggplant we put in our garden this year has done really well.  So well, in fact, that we’ve realized we don’t even really like eggplant that much!  It’s good every once in a while, when we’re in the mood for a vegetarian meal, like this pasta dish.  But our garden has produced enough eggplant this summer, that we’ve tried in enough different recipes (mostly side dishes) to discover that it’s not our favorite.  Among the dishes we’ve tried, however, this recipe is one that we probably liked the best.  The roasted eggplant has a rich, meaty flavor and the texture is very similar to “real” meatballs (made with meat.)  They likely wouldn’t beat the real thing in a blind taste-test, but eggplant “meatballs” are a good vegetarian alternative and a great way to use up an abundance of eggplant from the garden. 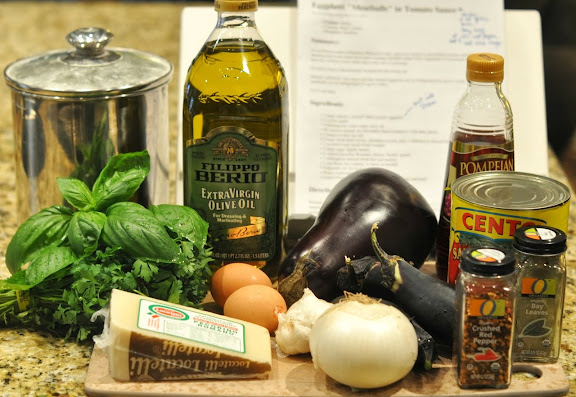 The ingredients for the meatballs are simple:  about a pound of eggplant (1 large eggplant or several small ones); 1-2 cups breadcrumbs; 2 beaten eggs; 1 tablespoon each of minced fresh basil and parsley; and 1/4 cup grated pecorino Romano cheese.  The original recipe includes ingredients and instructions for a tomato sauce to serve with the meatballs, but we followed our own recipe for a quick and simple red sauce instead. 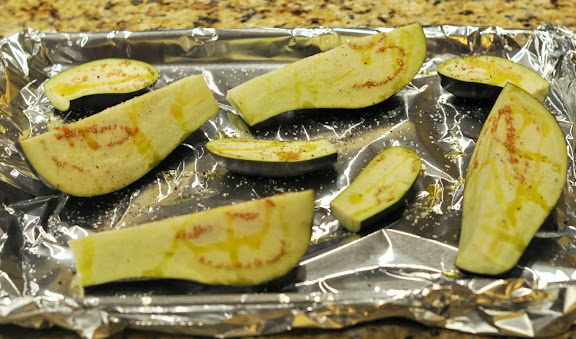 The original recipe calls for roasting the eggplant whole, after poking small holes in it with a fork.  Since we were using several different sizes of eggplant, we cut them into quarters and laid them out skin-side-down on a cookie sheet.  Drizzle the eggplant with olive oil and season with salt and pepper. 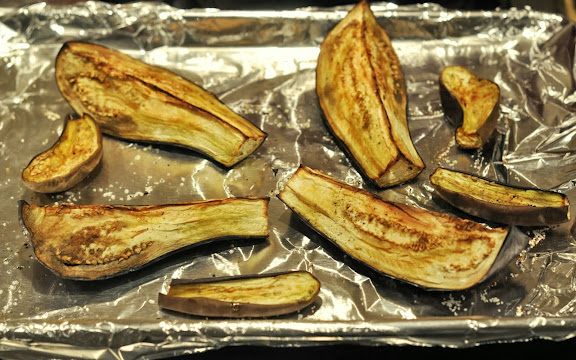 Roast the eggplant in the oven pre-heated to 350 degrees until the “meat” of the eggplant is tender and browned — about 40 minutes, depending on your oven and the size of your eggplant.  If roasting the eggplant whole, roast it until the skin is crinkled and starting to collapse and the interior is tender. 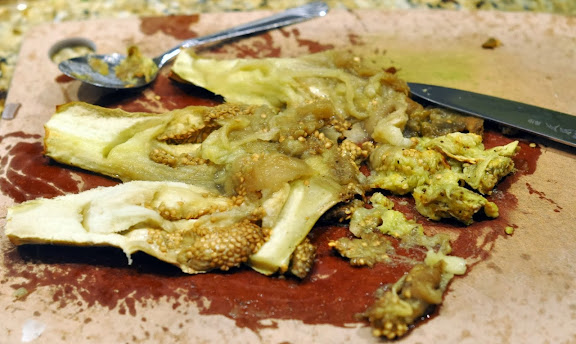 Allow the roasted eggplant to cool a bit, then scoop the tender flesh away from the skin.  Roughly chop or mash the eggplant to get rid of any large pieces. 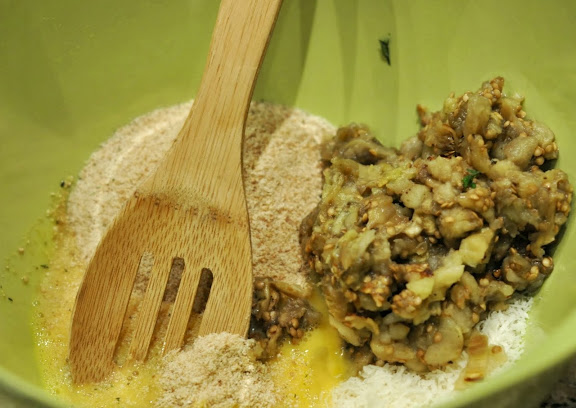 In a large bowl, combine the eggplant, breadcrumbs, eggs, parsley, basil, pecorino Romano and 1/2 teaspoon salt.  The original recipe calls for using 3 cups of fresh bread crumbs, but we didn’t have any fresh bread, so we used boxed breadcrumbs instead.  We started with 1/2 cup each of Italian and plain crumbs, and added more as needed if the mixture seemed too moist.  We ended up using about 3/4 cup total. 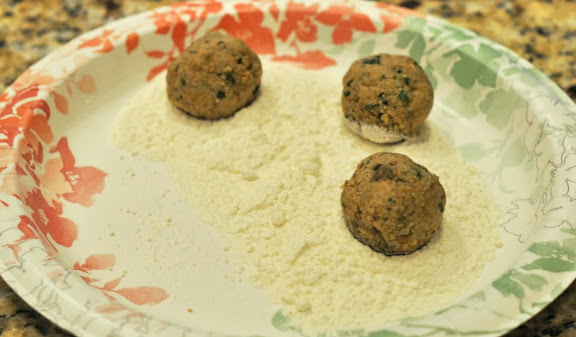 Form the eggplant mixture into golfball-sized balls and very lightly dredge them in flour. 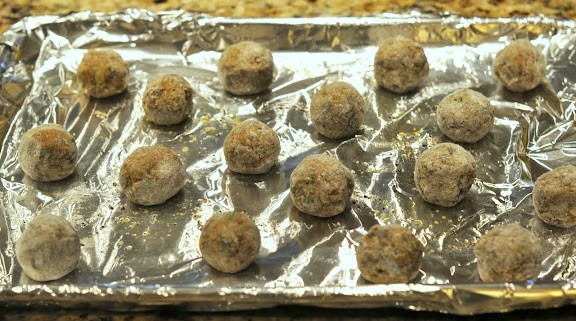 The original recipe calls for frying the meatballs in oil, but we decided to bake ours instead so they would be even more healthy.  (Hey, if we’re foregoing the meat, we might as well go full-on healthy and skip the oil too!) 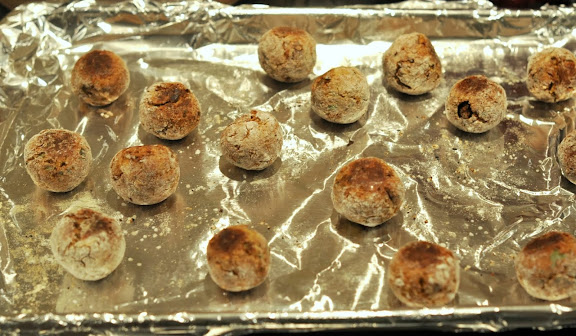 Bake the meatballs in the oven at 350 degrees until browned on all sides — about 30-40 minutes.  I made the mistake of not turning ours often enough, so they really only browned on 2 sides.  Next time I would probably turn them about every 10 minutes. 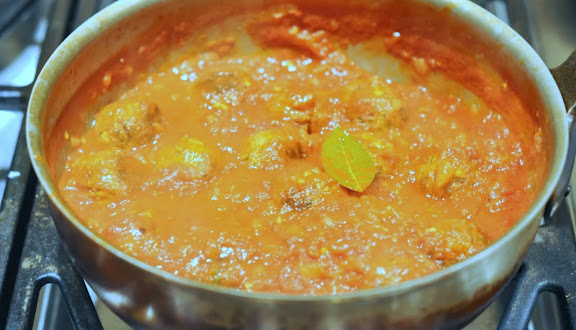 Add the meatballs to the sauce and cook, stirring gently so as not to break up the meatballs, for about 10 minutes to allow the flavors to come together. 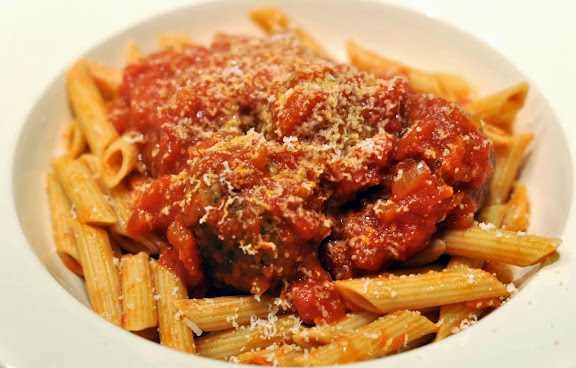 Serve garnished with more grated pecorino Romano and the pasta of your choice.  We just picked 8 more (small) eggplants this morning.  Unless anyone has any tried-and-true eggplant recipe favorites to share, we’re thinking about trying homemade Baba Ganush next.