If you’re not familiar with edamame, the name refers to young (as in still-green) soybeans commonly served as an appetizer (boiled and salted in their pods) in sushi restaurants.  You can also find bags of shelled, frozen edamame in most grocery stores these days.  Although the health benefits of soybeans are not without controversy (similar to many other foods, about which “experts” offer vastly different opposing opinions), we’re in the pro-soy camp and think edamame makes a great addition to salads.  According to WebMD, a half cup of shelled edamame has as much fiber as four slices of whole wheat bread, as much iron as a four-ounce chicken breast and nearly as much protein as two eggs (each of these foods have, of course, been criticized nutritionally as well.  Can’t we all just get along?)  We’ve made edamame salad before, and appreciate how its mild, slightly nutty flavor pairs well with contrasting flavors from other salad components.  When we found this recipe, we knew the edamame would complement the bitter radish and buttery avocado and figured the bright flavors of the ginger/garlic/lime dressing would bring all the salad ingredients together.  We adapted the recipe by adding sesame oil and chili garlic sauce for more Asian flavor and red pepper flakes for extra spice.  The second time we made this salad, we happened to have spinach and arugula on hand, so we chopped up the greens and added them for yet another taste layer and additional texture.  We liked the addition of the greens so much that we will include them when we make this salad in the future.  And we’ll definitely make it again, despite what the soybean critics say (we’re culinary rebels like that.) 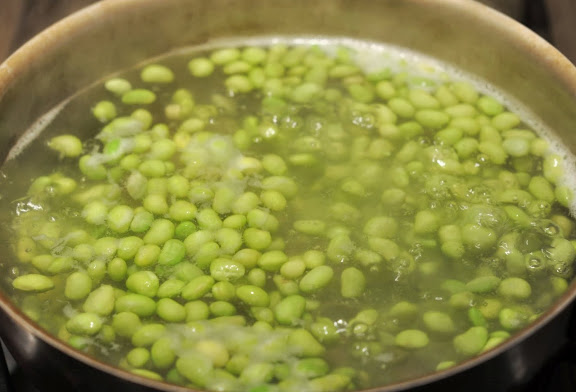 The original recipe calls for thawing the edamame first, but we have found that it cooks just as well frozen.  Add the frozen edamame to a pot of boiling water, return the water to a boil and cook the edamame until the beans barely begin to soften — about 2-3 minutes.  The edamame will begin to float up to the surface of the water when they’re almost done.  Drain the edamame and sprinkle with a little Kosher salt.  Allow the edamame to cool before you add the remaining salad ingredients. 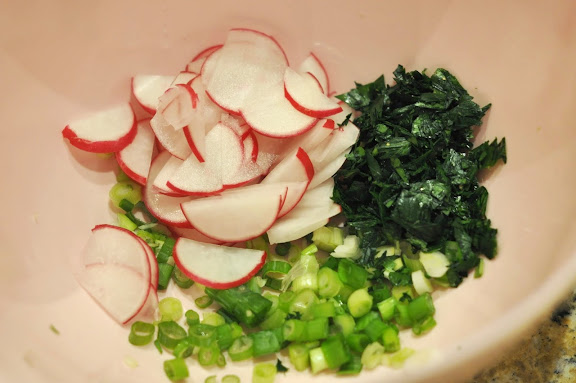 Slice the radishes and green onions (both white and green parts) and chop the parsley.  If you’re using spinach and/or arugula, chop those up as well. 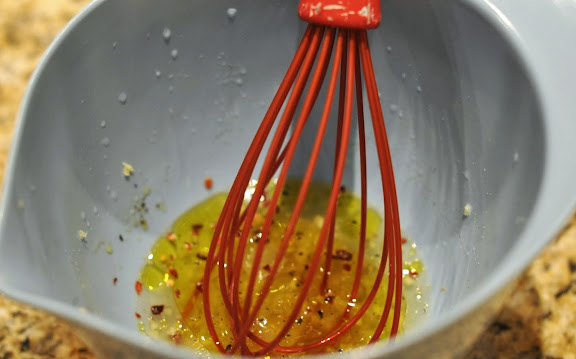 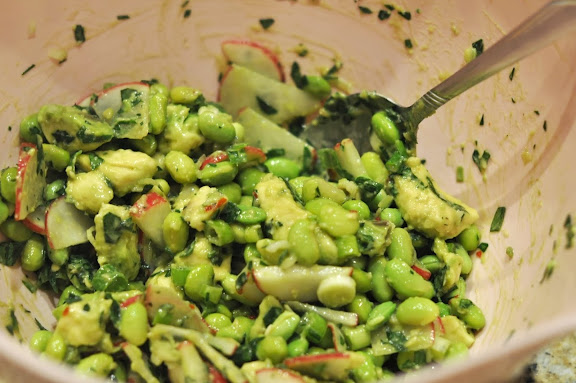 Just prior to serving the salad, cut the avocado into small pieces, add it to the other ingredients and toss, slowly adding dressing until the salad is dressed to your liking.  Garnish with toasted sesame seeds for additional sesame flavor and a bit more crunch.  Serve the salad alongside an Asian-style protein (this fish is a good one), or all by its lonesome.  This fresh and delicious salad has enough protein, nutritional value and varied textures to constitute a meal in its own right.