Breaking out of the usual green-salad-side rut can sometimes be a challenge.  Often the answer is to leave the leafy ingredient out of the dish altogether and feature one of the lesser, component-type ingredients as the star.  Kind of like accessorizing a white t-shirt with a big statement necklace for a dressed-up look, instead of wearing a dress.  We have previously tried (and loved) salads featuring components such as celery, avocado and cucumber as the main ingredients, so when we found a recipe combining these 3, we knew it would be a winner.  Season with ginger, garlic, red pepper flakes, salt, sugar, lime juice and a little grapeseed (or olive) oil, and garnish with chopped cilantro and basil for a fresh, spicy/savory side dish that is anything but ordinary. 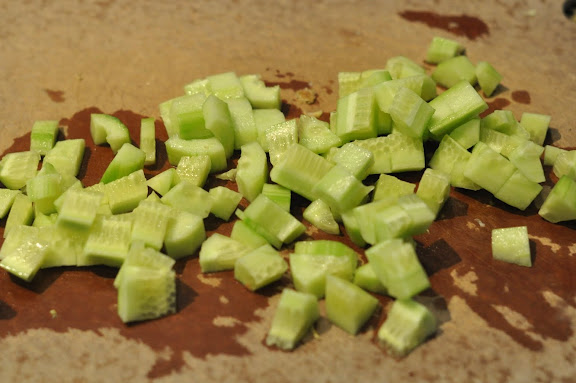 Peel and de-seed the cucumber, then cut it into small pieces. 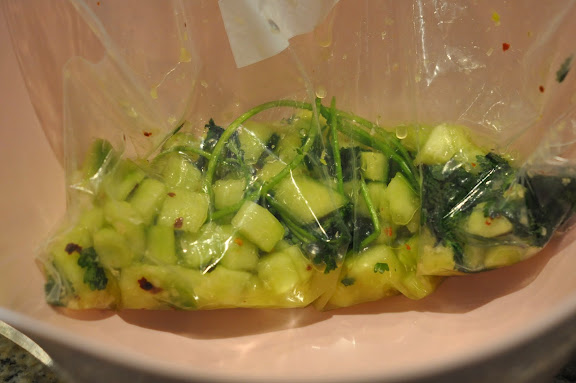 This is the first recipe we’ve ever tried that calls for “macerating” the cucumber.  Maceration refers to the process of allowing the cucumber (or other veggie or fruit) to sit in some salt and/or sugar (and/or other seasoning) until it releases its juices and softens.  For this recipe, combine the cucumber pieces with salt, sugar, cilantro sprigs, red pepper flakes and minced ginger and garlic in a large resealable bag.  Shake all the ingredients around in the bag until well-mixed.  Mash the cucumbers lightly with your hands while mixing around the ingredients.  Allow the cucumbers to sit at room temperature, turning halfway through, for about 30-40 minutes. 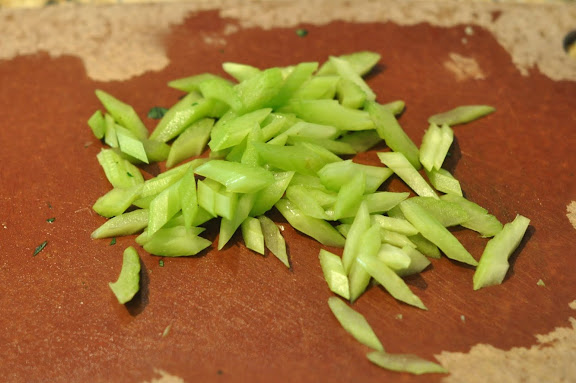 While the cucumbers macerate, chop the celery diagonally into small pieces. 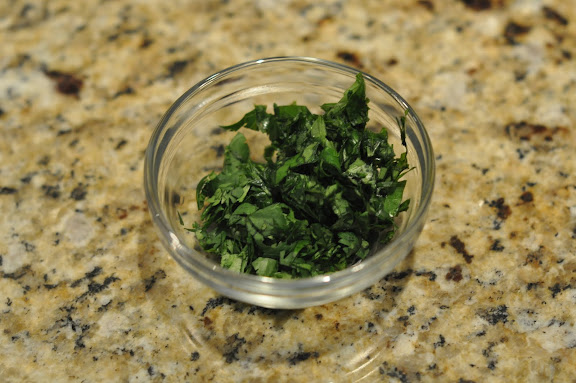 Finely chop the cilantro and basil. 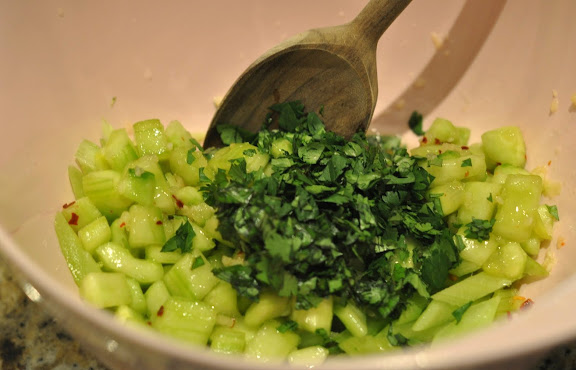 Discard the cilantro sprigs, then transfer the macerated cucumbers to a bowl and add the celery and herbs.  Toss it all together with a little lime juice and oil.  Taste and add a bit more salt if needed. 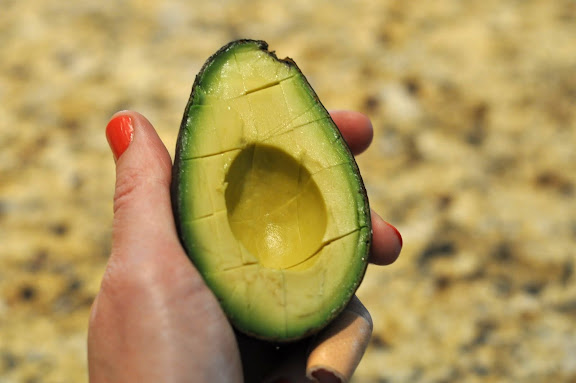 Just prior to serving, cut the avocado.  An easy way to cut avocado is to cut fruit in half lengthwise, remove the pit, then thinly slice a grid pattern in each half (without cutting through the skin), and scoop out the pieces with a spoon.  Place the sliced avocado on a plate, then spoon the cucumber / celery mixture on top and serve. 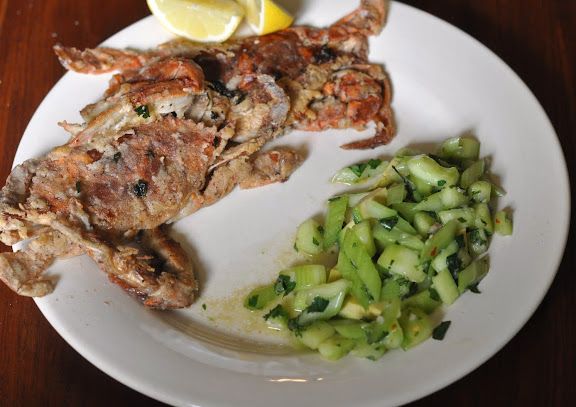 We served our salad with pan-fried soft shell crab.  Yup, it tasted as good as it looks.