We’ve been to seafood-boil types of events before — my brother has an awesome crawfish boil almost every spring — but had never previously attempted this cooking technique at home.  When we discovered king crab legs on super sale at our local grocery store, we decided to give it a shot.  The resulting steamed crab meat was perfectly cooked with a hint of spice and unmistakable Old Bay seasoning, evocative of a day at the beach and seafood fresh from the ocean. 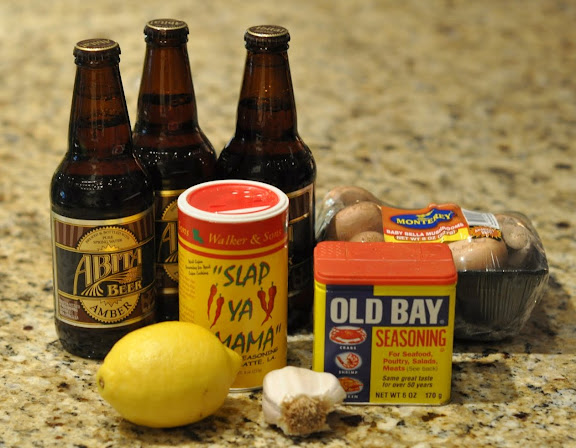 The ingredients for the steaming liquid are really simple — beer, lemon, garlic, Old Bay seasoning and “Slap Ya Mama” seasoning for a little extra spice. 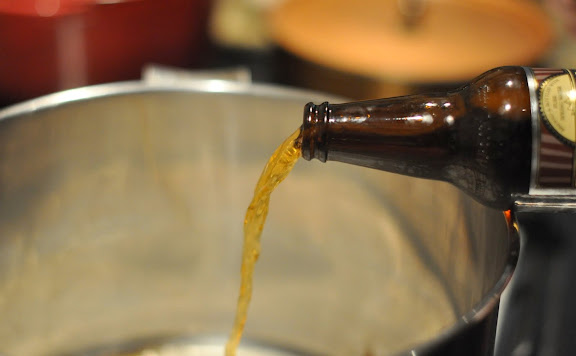 Add about 6 cups of liquid to a large stock pot.  Several of the crab boil recipes we researched used beer instead of water, for an additional layer of flavor.  But water would work fine as well, so if you’re faced with the choice of using the beer in the crab boil or drinking it with your finished steamed crab, choose wisely. 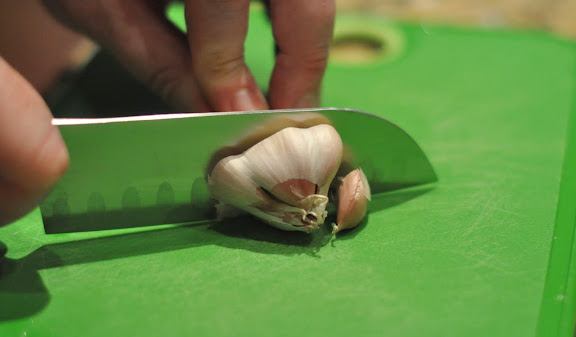 Since the garlic is only there to flavor the steam, all you have to do is cut the garlic head in half and add both halves to the beer in the pot — no need to peel the garlic or mince it. 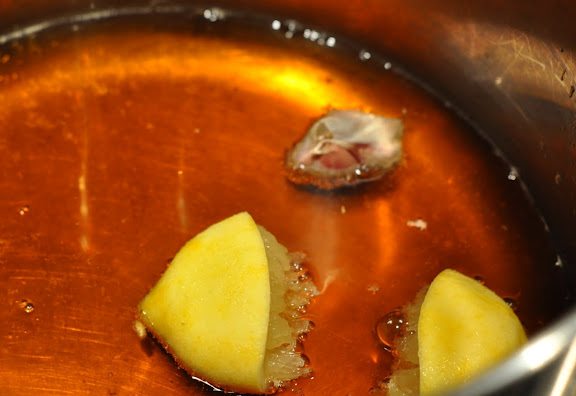 Cut the lemon in half, squeeze each half into the beer, then add the halves to the pot as well. 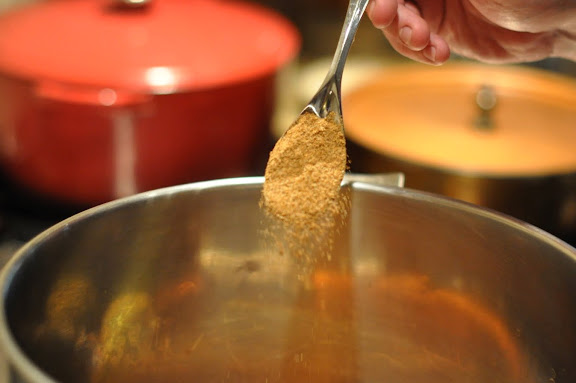 Season the liquid generously with Old Bay, Slap Ya Mama and any other seasonings you prefer. 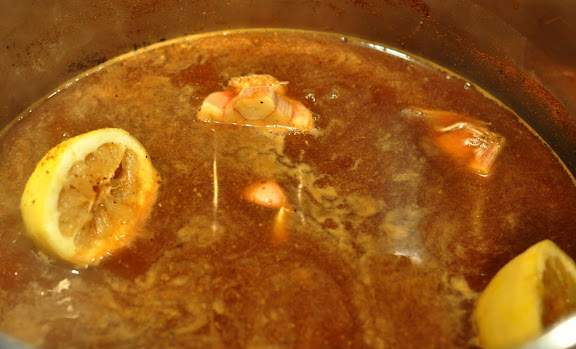 Heat the beer over medium-high heat, covered, until boiling. 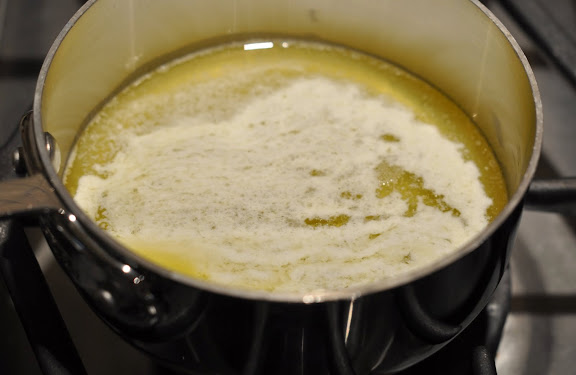 While the beer heats to a boil, clarify some butter for dipping.  Heat the butter in a small sauce pan over low heat until it melts completely and a white foam appears on top. 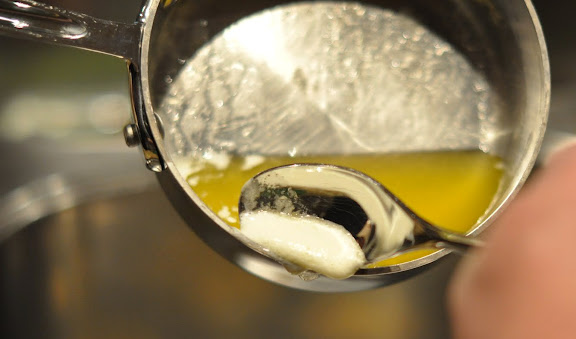 Spoon off the foamy layer and set the butter aside to be poured into small dipping bowls when you’re ready to serve. 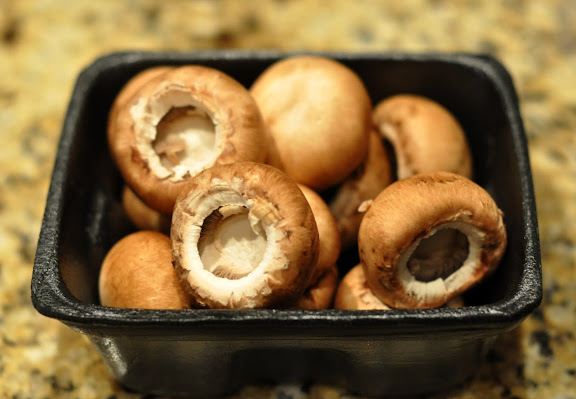 We love mushrooms, and followed the tip of a friend of ours (Hi Chris!) who suggested adding them to a seafood boil.  The mushrooms absorb the flavor of the steam while they cook and are delicious. 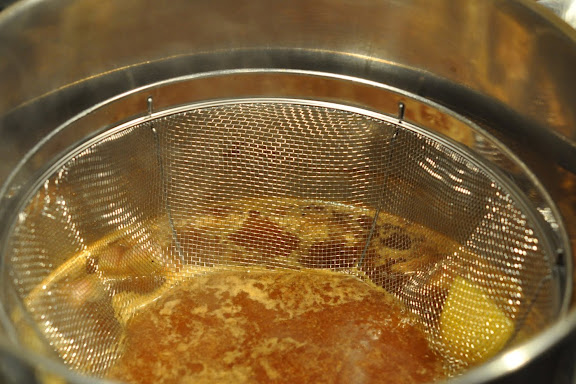 Because we wanted to steam the crab legs, but don’t have a steamer insert, we had to figure out a way to keep the crab legs from being completely submerged in the beer.  Dan came up with the genius idea of placing a metal colander in the stock pot.  Worked like a charm. 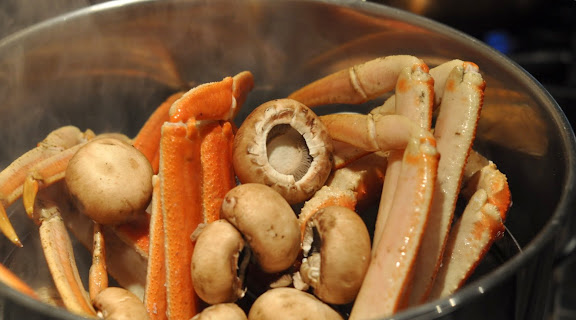 Add the crab legs and the mushrooms to the colander, cover the pot, and steam for about 8 minutes. 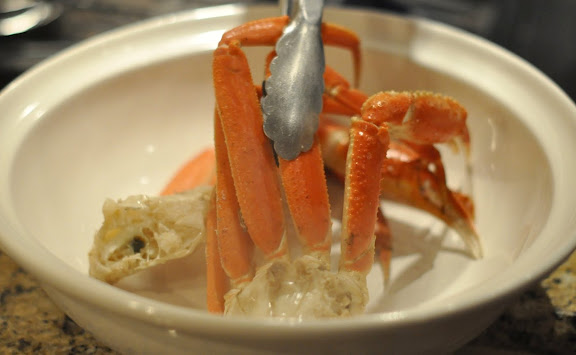 Remove the crab legs from the pot. 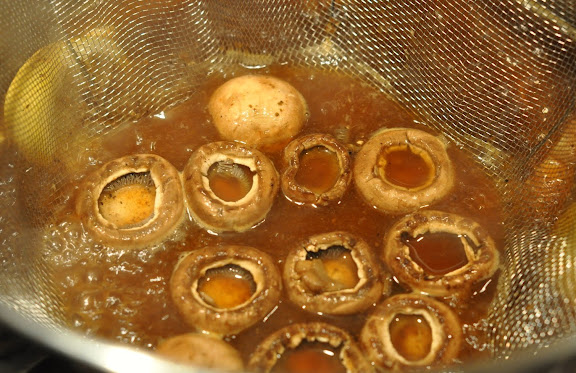 Let the mushrooms cook for another 2 minutes. 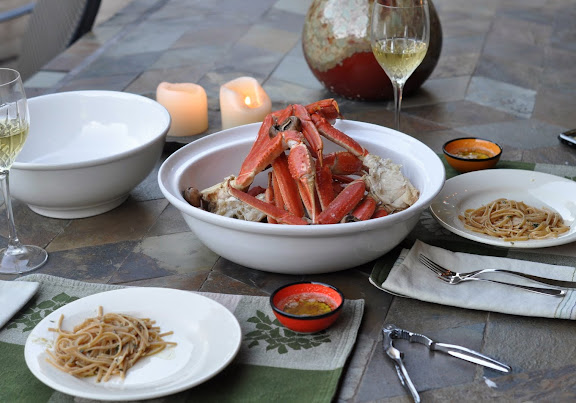 We served the crab legs and mushrooms with the clarified butter and a simple lemon pasta, and dined on our back patio looking out over our pool.  Not quite as authentic as a crab boil at the beach, but damn fine nonetheless.