One of the great things about enjoying food and cooking as much as we do is that we often get cool cooking-related tools and gadgets as gifts.   For Dan’s birthday this year, his brother and sister-in-law gave him a “mattone chicken press” (thanks Jerry and Cary!)  The mattone is a terra-cotta press used to cook Tuscan-style chicken that is crispy outside and juicy on the inside.  Pressing the chicken down while it cooks also helps it to cook evenly.  We had never cooked with a mattone before and were excited to try it.  For our first attempt, we decided to do a game hen in the oven, although the mattone can also be used on the grill or the stove.  The game hen was delicious, and the mattone was really easy to use.  Next time we’re going to try a chicken on the grill! 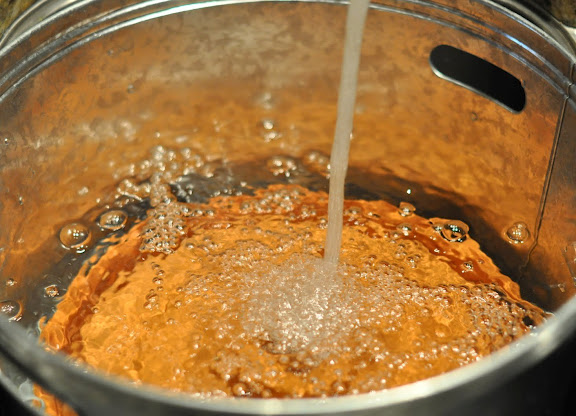 Before the first use of the mattone, we followed the instructions to soak it in water for 2 hours.  The mattone fit perfectly in our big metal ice/serving tub. 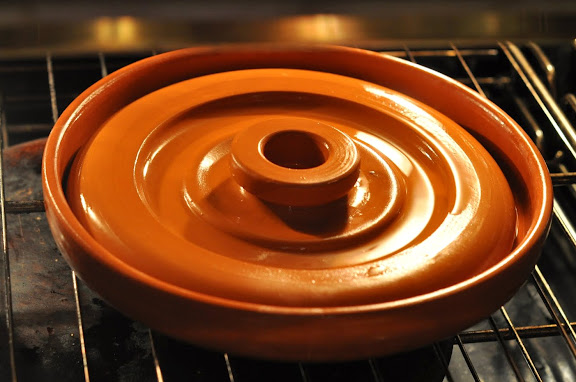 After soaking the mattone, we put it in a cold oven, turned the heat to 350 degrees, and let it heat for 45 minutes. 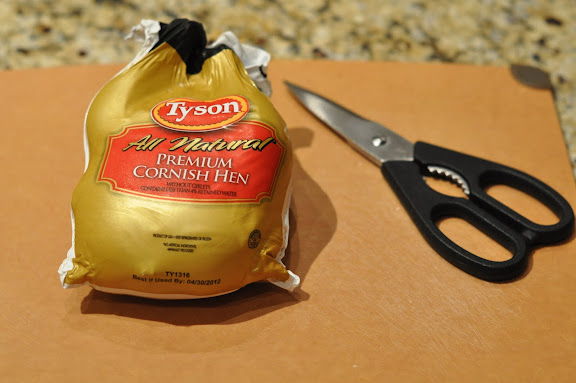 While the mattone was in the oven, Dan prepared the game hen, “spatchcock” style. 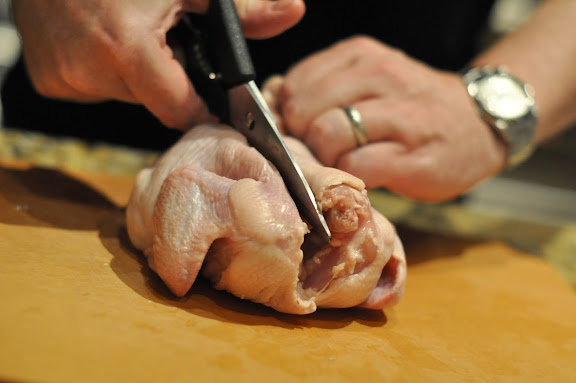 Spatchcock involves removing the backbone and sternum of the bird and flattening it out before cooking.  The easiest way to do this with a game hen is to use kitchen shears to cut out the backbone (exactly as unpleasant as it sounds.) 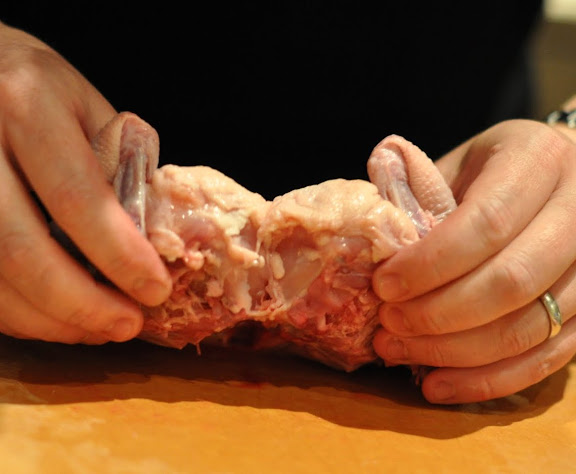 Next, press down on the poor little bird’s rib areas to try to make the breasts and legs flatten out as uniformly as possible. 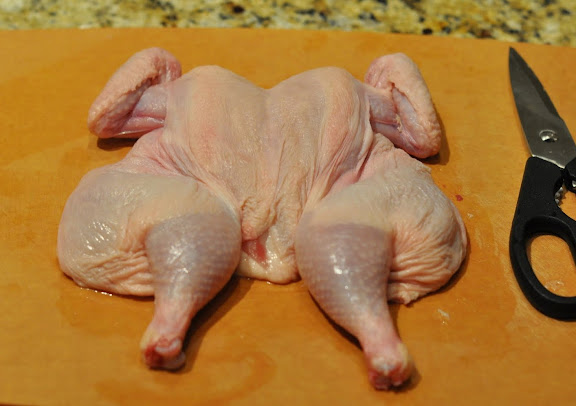 “Spatchcocked”  seems to fit the flattened and somewhat defeated look of the game hen, no? 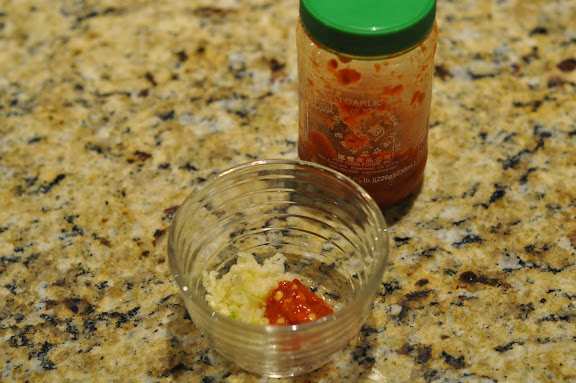 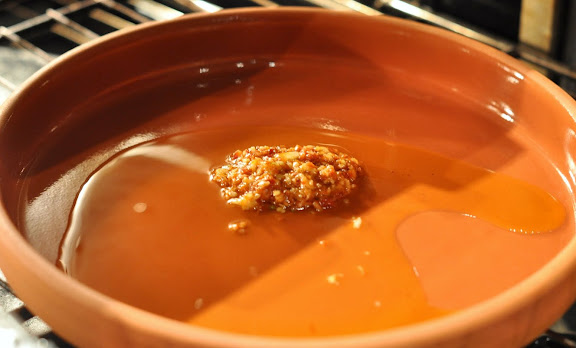 Mix the garlic and chili paste into some olive oil and pour it into the mattone. 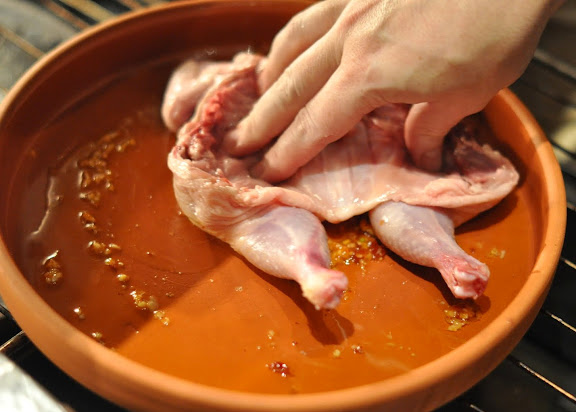 Place the game hen, skin-side down, in the mattone and swirl it around to make sure it is well-coated with the oil mixture. 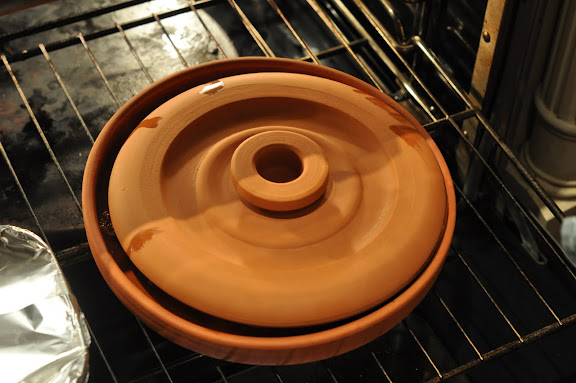 Then put the lid on the mattone and cook for about 10-15 minutes at 350 degrees.  (The instructions for the mattone say the maximum temperature for oven use is 350.) 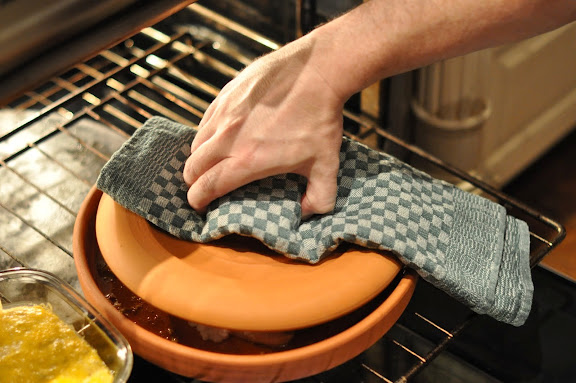 Time to turn the game hen over.  Remove the lid of the mattone (careful, it’s hot!)  (Our green chile cheese grits making a cameo appearance on the left.) 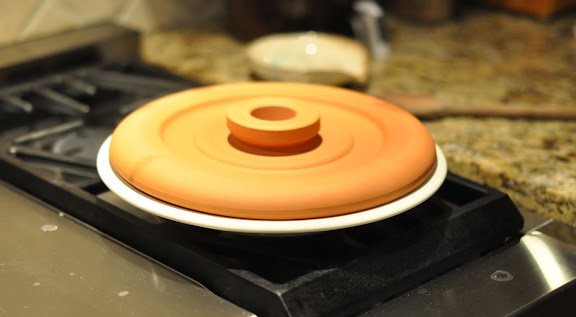 Dan discovered that it would be a good idea to put the mattone lid on a plate on top of the stove while turning the game hen.   Because the inside of the lid has been sitting on raw poultry, you don’t want to rest that side on your counter.  But turning the hot lid over to rest on its handle can apparently result in almost burning your hand off (just ask Dan.)  Hence the plate method. 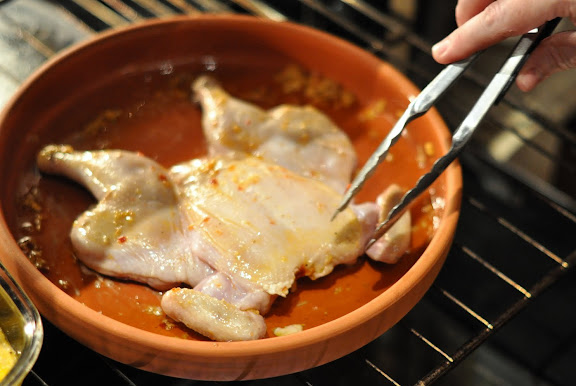 Turn the game hen over and swirl it around to coat it in the oil mixture, then put the lid back on and cook for another 20-25 minutes, until the breast meat is cooked through. 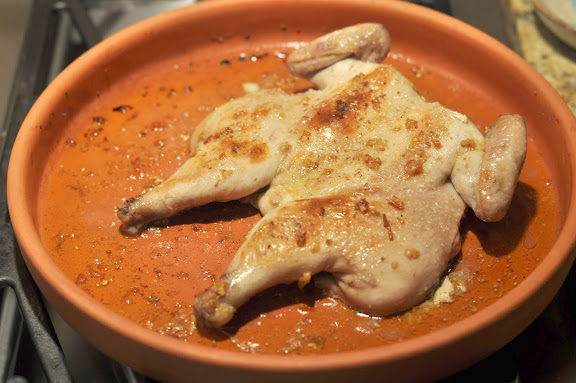 The skin of the game hen didn’t get quite as crispy as we wanted, so we finished it under the broiler for a few minutes and it was just right.  We served the game hen with green chile cheese grits and a salad.

We really enjoyed cooking with the mattone and look forward to using it again.  Dan thinks it may be better suited for use on the grill than in the oven — we’ll let you know!