We don’t cook burgers at home all that often (not sure why — maybe because we don’t eat a lot of red meat, so when we do, we prefer to have steak.)   But Spring is definitely in the air around here, which means the daylight lasts a little longer and we’re even more inclined to cook on the grill (not that darkness has ever stopped Dan from grilling.  Or snow, wind, or rain for that matter), and we were in the mood for burgers.   Dan asked me to find an interesting side dish, so I consulted one of our Bobby Flay grilling cookbooks. Whether you’re a fan of Mr. Flay or not (we are), he has created some of the widest varieties of side dishes in any grilling cookbook I’ve seen.  It didn’t take long for me to choose this Grilled Potato Salad as the perfect accompaniment to our cheeseburgers.  It sounds a little strange to have the “salad” (as in greens) part in the same dish as the potatoes, but the dressing really ties it all together and it works very well. 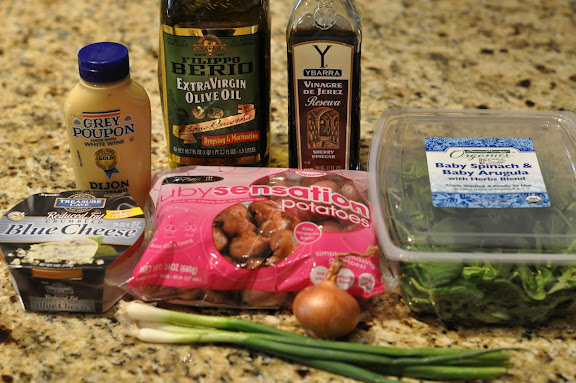 The ingredients include potatoes, scallions, shallot, blue cheese, dijon mustard, olive oil, sherry wine vinegar and watercress.  We didn’t find any watercress at our local grocery store, so we used a mixture of arugula and spinach instead.  Both watercress and arugula have a peppery taste, so arugula is a good substitute. 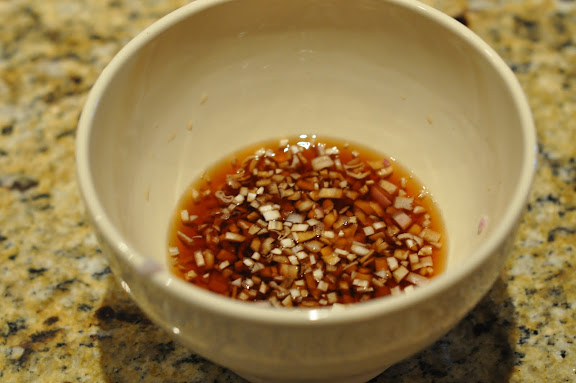 Add the vinegar and finely chopped shallot to a small bowl to begin making the vinaigrette. 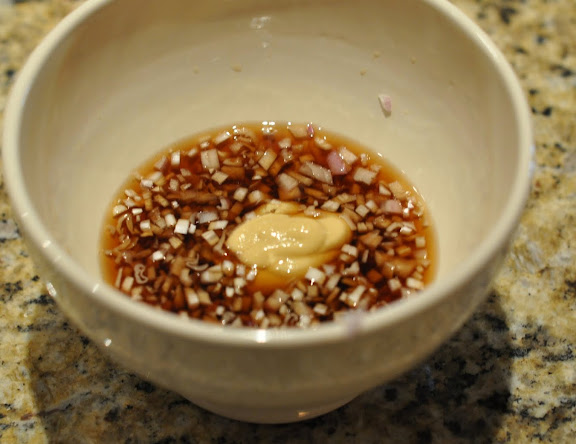 Then add the dijon mustard… 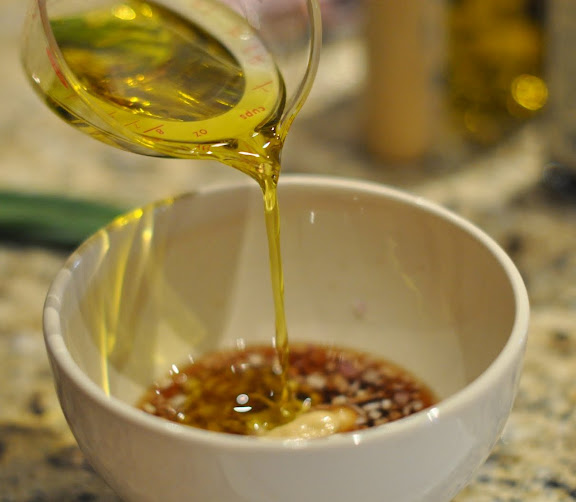 …and the olive oil… 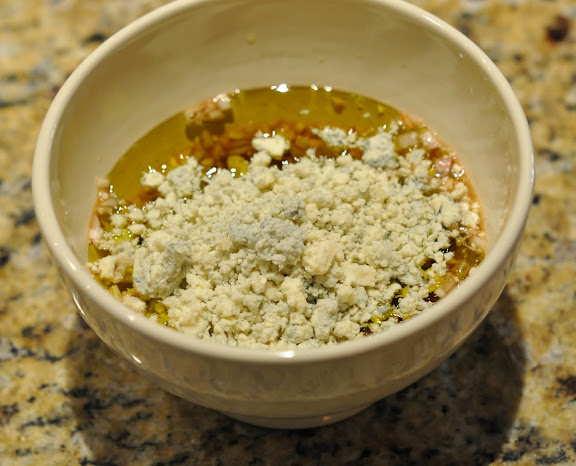 …then the crumbled blue cheese. 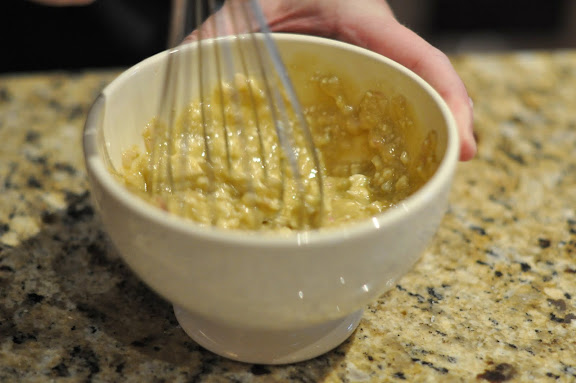 Whisk all the ingredients together, then refrigerate the dressing while you prepare the potatoes. 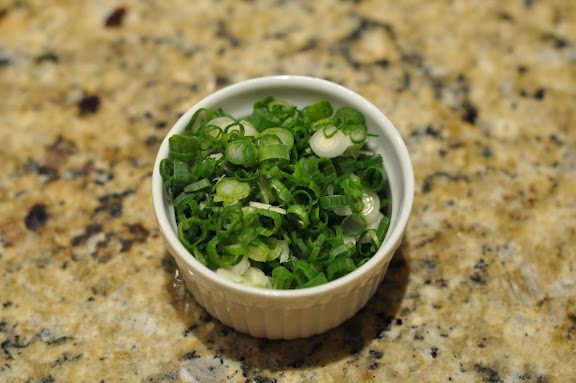 Thinly slice 2-3 scallions (we used white and green parts) for the salad. 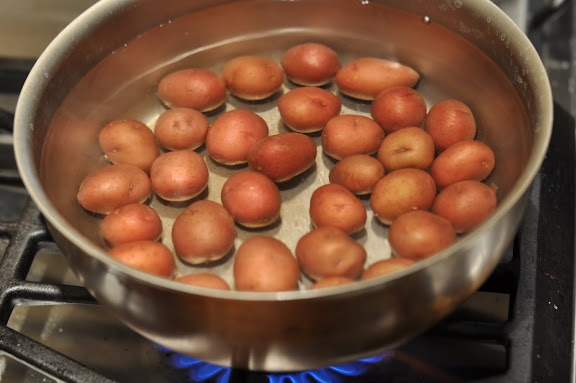 The recipe in the cookbook is a bit different than the online recipe linked above, primarily because the cookbook recipe calls for boiling the potatoes for 10-20 minutes prior to grilling them.  We liked this method because it allowed the potatoes to get brown and crispy on the outside when we grilled them, but the insides remained soft and creamy.  We usually do our roasted potatoes the same way. 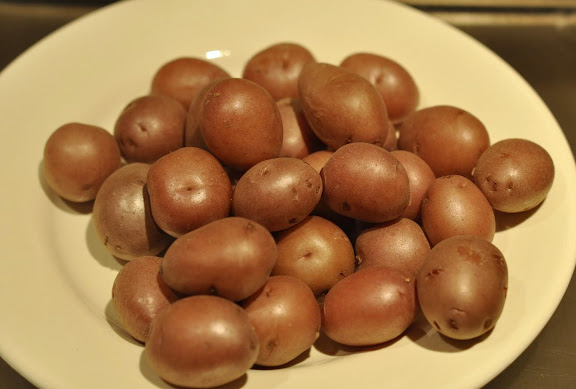 Drain the boiled potatoes and allow them to cool a bit before cutting them. 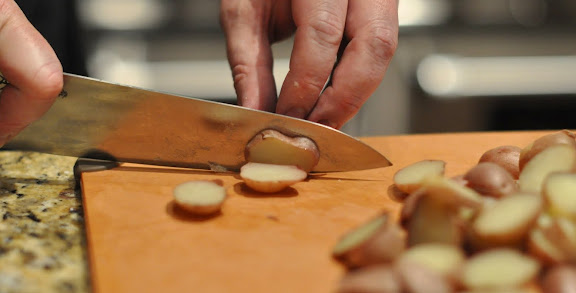 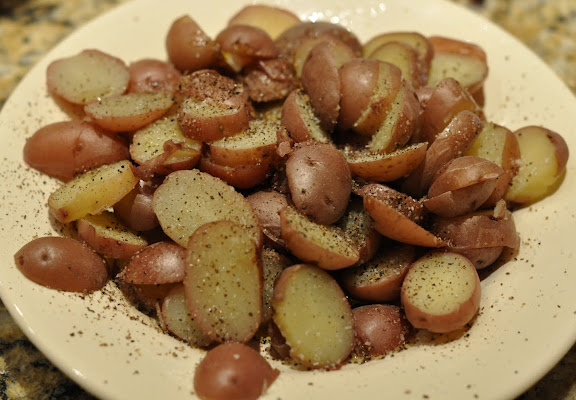 Drizzle or brush the potatoes on both sides with olive oil, then sprinkle generously with salt and pepper. 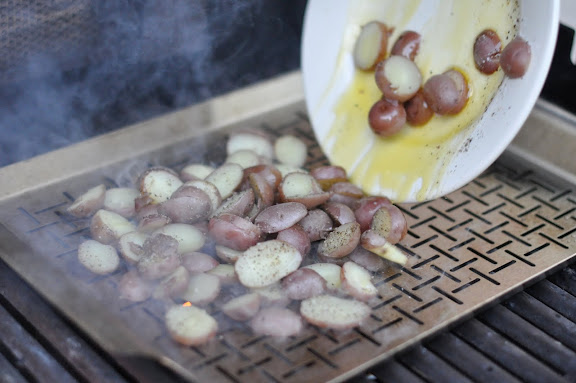 Place the potatoes on a grill pan and cook over high heat until the potatoes are browned on both sides and cooked through — about 10 minutes total.  Instead of grilling the potatoes, you could also cook them in a skillet in a little olive oil or roast them in a hot oven. 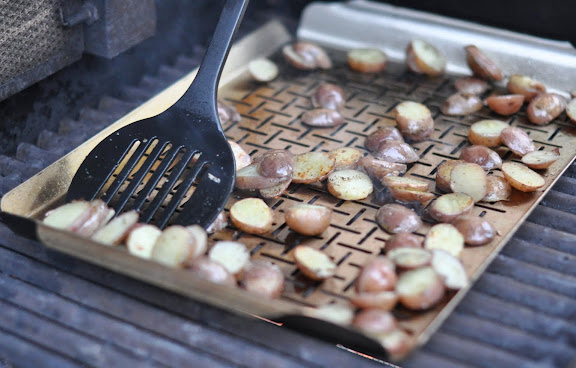 Turn the potatoes so they get browned on all sides. 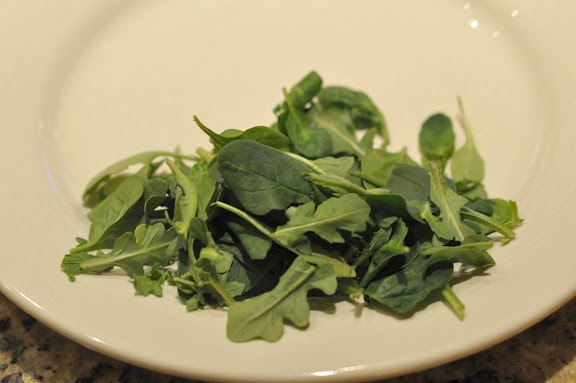 Arrange the watercress (or whatever greens you are using) on a plate. 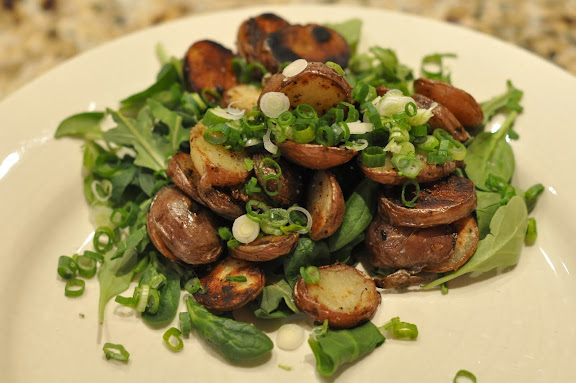 Add the potatoes and chopped scallions. 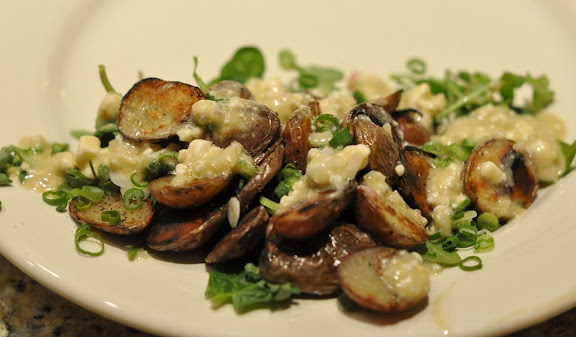 Then give the vinaigrette another good whisking and drizzle it over the top of the salad.  This side dish has pretty strong flavors, so it went well with our simple cheeseburgers.  It would also be a good side to pair with lots of other main dishes — grilled chicken or game hen, steak or bratwurst  — just to name a few.