We’re always looking for new side dishes to mix things up, and this is a great one.   We found the recipe on epicurious.com, which is one of our favorite sources of online recipes.  This side is called Dave’s Tomato and Cucumber Salad.  We’re not sure who Dave is, but he came up with a really good salad! 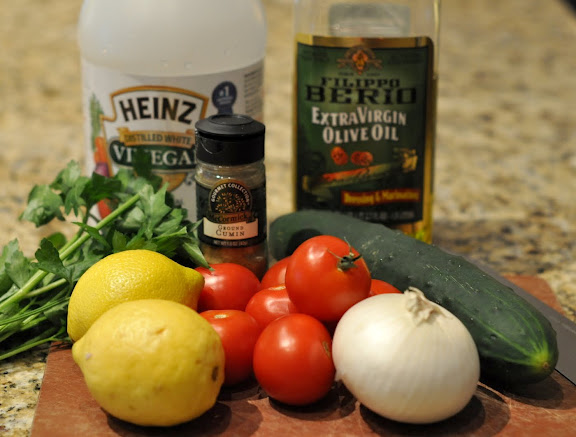 The ingredients are fairly simple, most of which we keep around the kitchen already.   Lemons, white vinegar and olive oil for the vinaigrette, with a pinch of cumin to give it a Southwest flair.    Tomatoes, onion, parsley and cucumber for the salad. 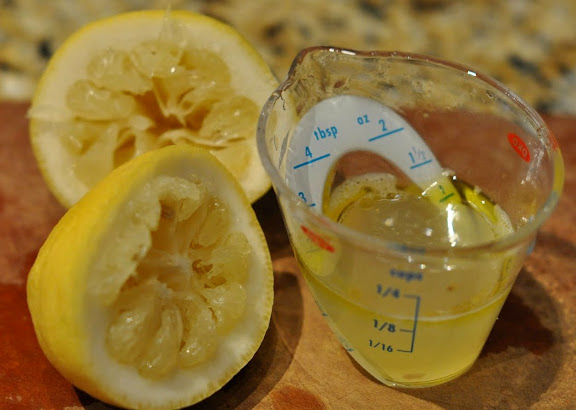 Dan typically does not precisely measure when he cooks, which can make writing up recipes a challenge.  Luckily, the creator of this dish – Dave – already wrote up the recipe.  The vinaigrette starts with the juice of one lemon. 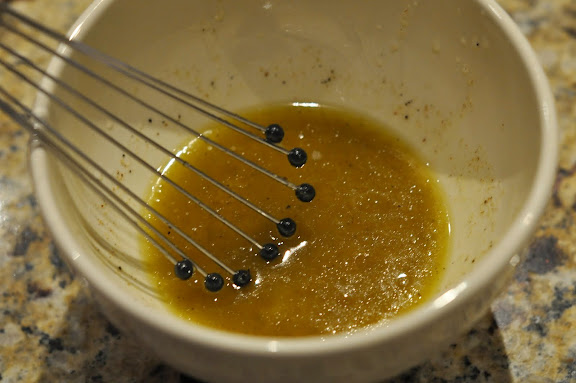 Add some white vinegar, olive oil, cumin and salt and pepper, then whisk the vinaigrette together.  Check out our cool new whisk thingy that we recently purchased at one of Dan’s favorite places on Earth – Williams Sonoma.  It’s a little smaller than a traditional whisk because it only has one side, so you can whisk a smaller amount in a smaller container.  Also, the tips are teflon-coated, so you can use it for finishing sauces in a hot pan. The recipe would have created a huge amount of salad for just the two of us that night, so we cut the recipe in half.  We only used one cucumber (also cut in half). 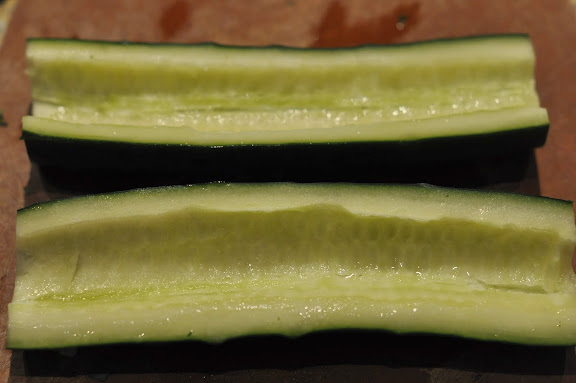 The recipe calls for seedless cucumbers, but we couldn’t find them in our grocery store.  We substituted regular cucumbers and removed the seeds by scooping them out with a small spoon. 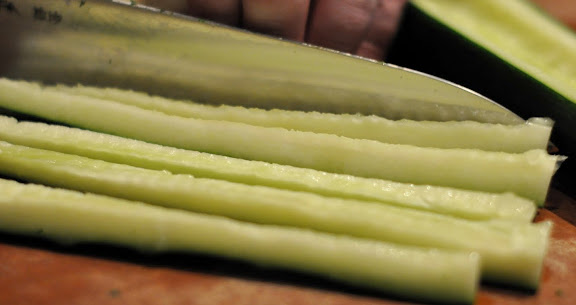 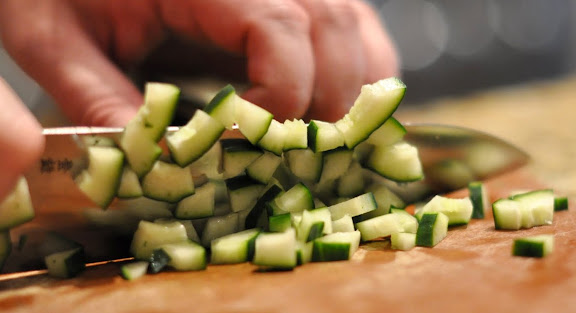 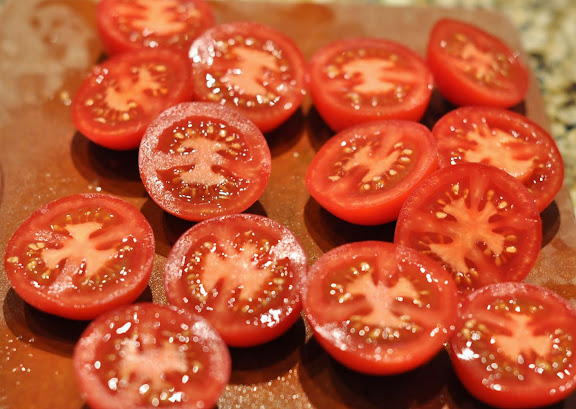 Tomatoes — cut in half, then chopped into pieces relatively the same size as the chopped cucumbers.  Using a very sharp knife makes cutting tomatoes much easier. 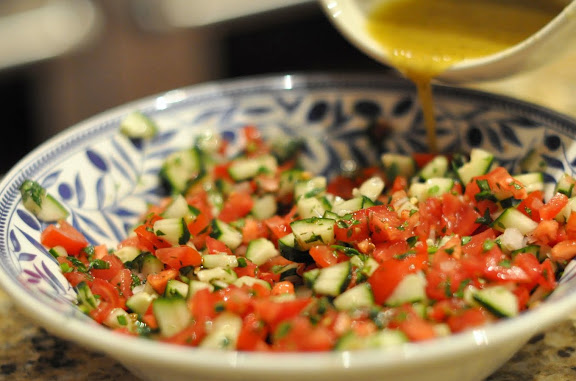 Add some chopped parsley and onion, then pour in the vinaigrette.  After a gentle stir — careful not to crush the tomatoes — taste the salad and add some salt or pepper if necessary. 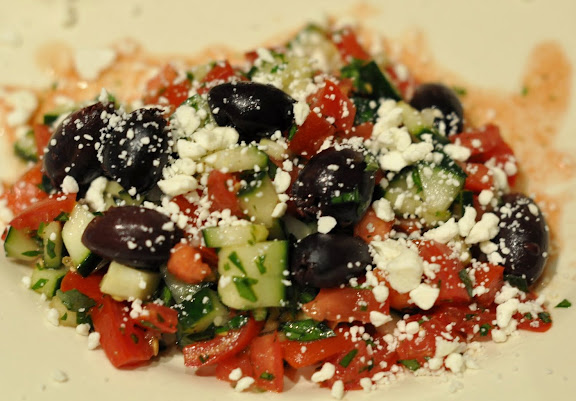 I added kalamata olives and feta cheese to my salad, even though Dan thought these elements would make it too much like a Greek salad and wouldn’t go well with the cumin in the dressing.   I loved it, but then I love olives with anything and everything.  Dan also loved his, sans olives and feta.  This is a great side dish that we’ll make again.  Thanks Dave!