Sometimes you feel like a meal with grilled meat flavor, but don’t feel like grilling.  Or you’re all set to grill, only discover that the propane tank for your gas grill is empty (or maybe that’s just us?)  Perhaps you don’t have the time it would take to heat up the charcoal for a charcoal grill.  Whatever the reason, this recipe is a quick and easy way to come close to that cooked-over-open-flame taste, with no grilling required.  Befitting its speedy preparation, the recipe comes from the Cook’s Illustrated book “The Quick Recipe” and uses just a few simple ingredients:  skirt (or flank) steak, salt & pepper, cumin, lime juice, vegetable oil, red bell pepper and onion, with tortillas and garnishes of your choice for serving the finished fajitas. 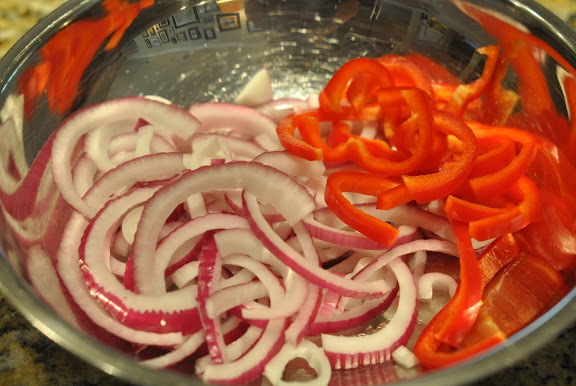 Slice the pepper and onion into thin strips. 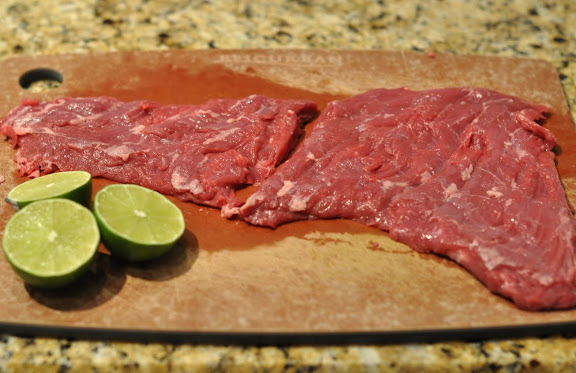 Trim the excess fat from the steak and generously season both sides with salt, pepper and a couple tablespoons of lime juice.  We were lucky enough to find skirt steak, but flank steak or hanger steak will also work.  According to the folks at Cook’s Illustrated, skirt steak is the cut of meat originally used for fajitas, has more fat than flank steak (making it juicier and more rich) and has more of a deep, beefy flavor than the other, similar cuts. 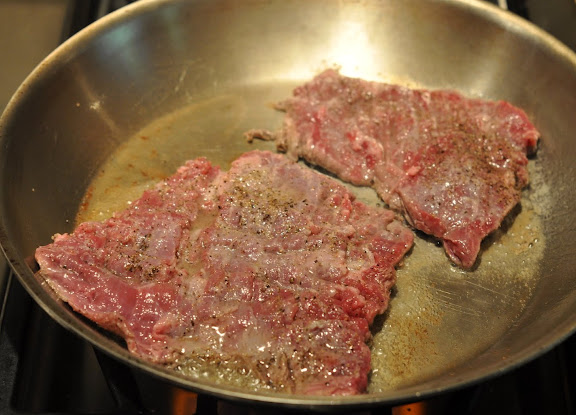 Heat 1-2 tablespoons of vegetable or canola oil over medium-high heat in a heavy-bottomed skillet.  Lay the steak in the skillet and cook, without moving the steak, until well-browned on the first side — 4-5 minutes. 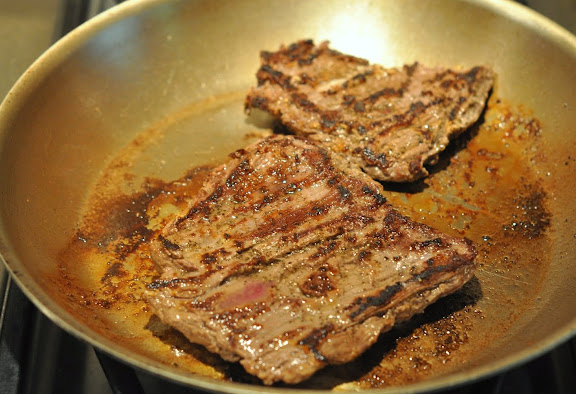 Use tongs to flip the steak over, reduce the heat to medium and continue cooking the steak until the second side is well-browned — another 4-5 minutes.  Transfer the steak to a plate, drizzle it with another 1-2 tablespoons lime juice, tent the plate with foil and allow the steak to rest for about 10 minutes. 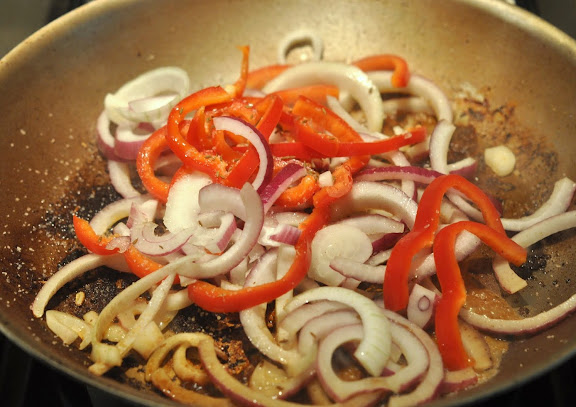 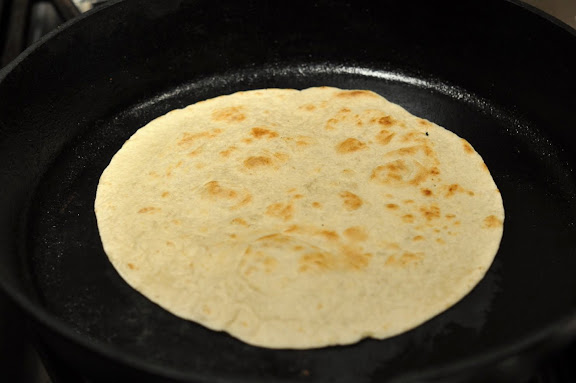 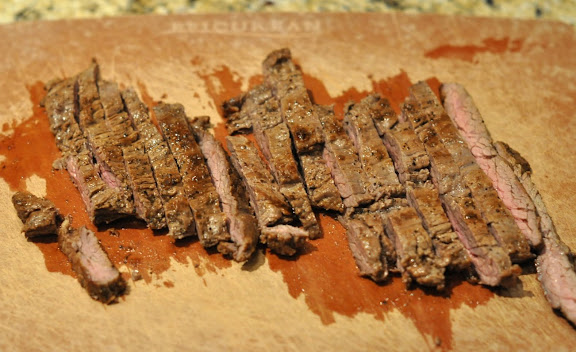 Slice the steak against the grain into thin strips. 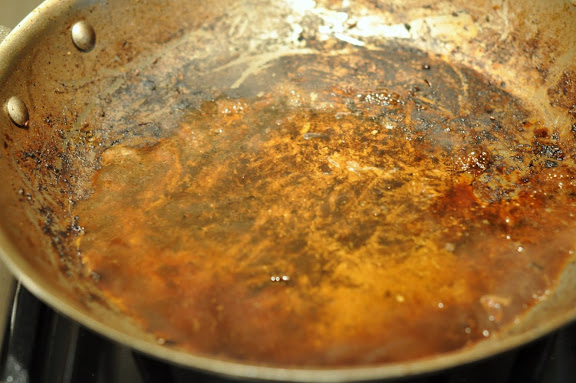 Heat the skillet over medium-high heat, add the juice of 1 lime and any meat juices from the plate where the steak rested, and use tongs or a spoon to scrape up the brown bits from the bottom of the skillet. 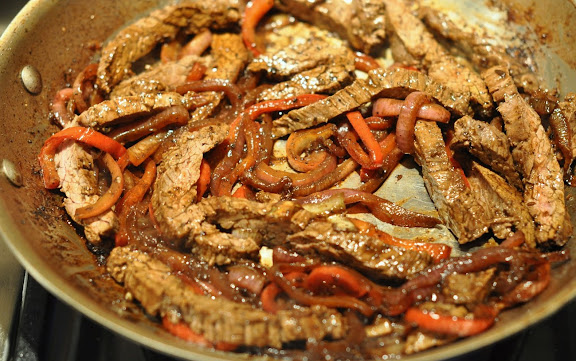 Return the steak, onions and peppers to the skillet and stir until heated through — about 1 minute. 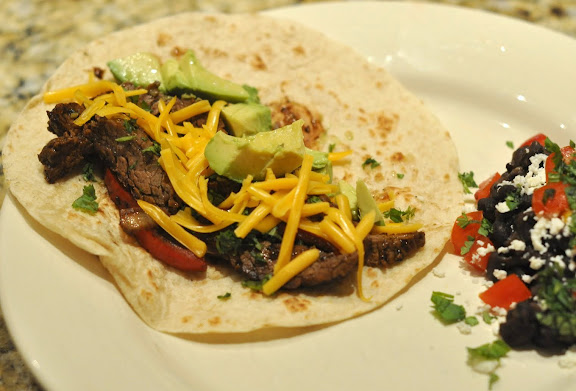 Serve the fajitas in the browned tortillas with whatever garnishes you prefer.  We like cheddar cheese, diced avocado, salsa and sour cream, but shredded lettuce, fresh jalapeno and diced tomatoes are just a few additional/other options that would also be good.