With its warm and rich flavors of tomato, basil, oregano and garlic, Italian “relish” has a way of transforming a protein into comfort food — sort of like Sunday Sauce without the pasta (and carbs.)  We’ve had Italian relish on fish and steak, but never really thought about putting it on pork, until we found this recipe on the Epicurious website.  Adding the relish is an easy way to liven up weeknight pork chops with just a few simple ingredients:  tomatoes, onion, red wine vinegar, olive oil, garlic, basil and oregano.  We also added olives to ours, since we’ve never met an olive we didn’t like.  Buon Appetito! 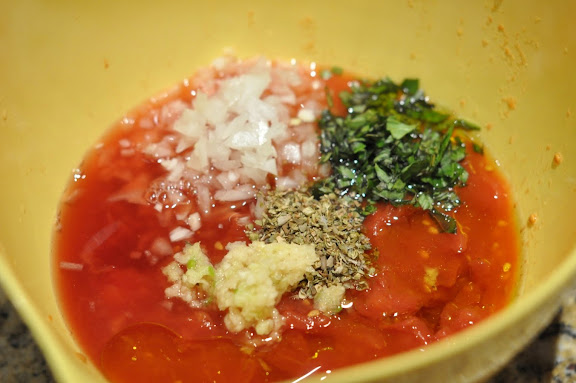 The original recipe calls for mixing the relish ingredients together, then draining the liquid from the relish, spooning the liquid over the pork about 15 minutes prior to grilling it, then spooning the relish over the finished pork.  But we decided to mix things up a bit and go “off-recipe” by using the full amount of relish as the marinade for the pork.  Combine the olive oil, red wine vinegar, tomatoes, onion, garlic, basil & oregano (use dried basil and oregano if you don’t have any fresh, just use a little less) and whisk everything together. 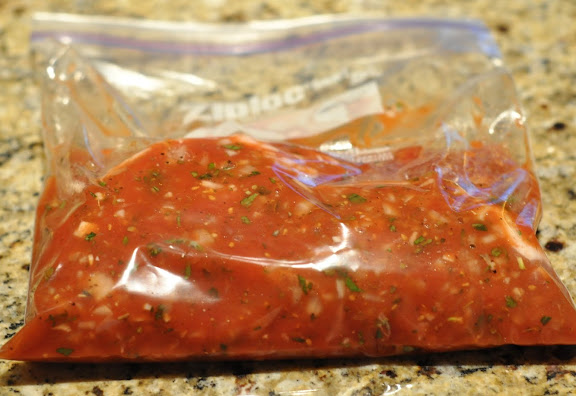 Place the pork chops in a resealable bag and pour in the marinade.  Make sure the pork is well-coated on all sides, then marinate in the fridge for an hour or up to all day. 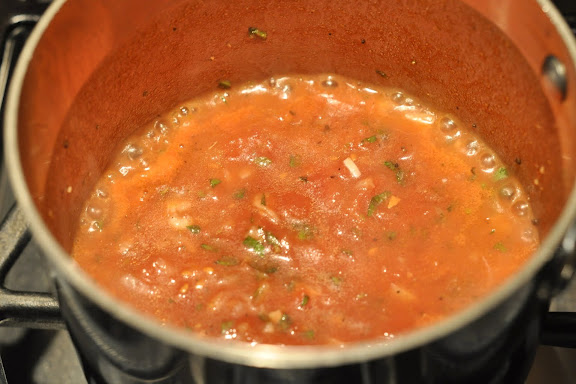 Because the relish had raw pork in it, we removed the pork from the marinade, then heated the relish to a boil and simmered it for a few minutes.  This step was probably unnecessary, since the relish cooks over low heat with the pork, but we figured you can never be too careful when it comes to raw pork juice (or any raw meat juice, for that matter.) 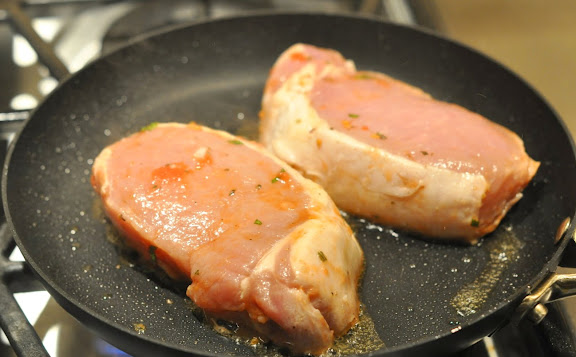 On the night we made this dish, the weather was not ideal for grilling (cold and rainy), so we cooked the pork in a skillet on the stove instead.  Heat the skillet and a couple of teaspoons of vegetable oil over medium-high heat and brown the pork on both sides. 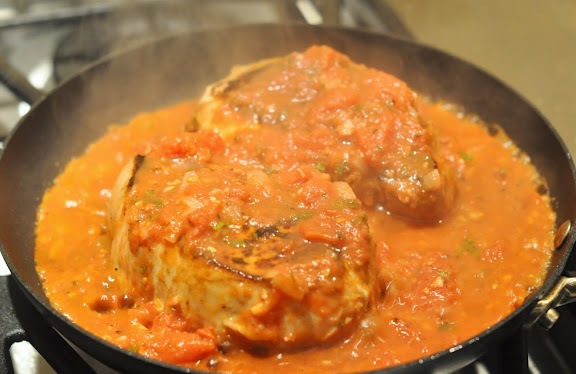 Reduce the heat to medium-low, pour the hot marinade over the pork and simmer the mixture, spooning the relish over the pork occasionally and turning the pork chops over halfway through, until the internal temperature of the pork reaches 145 degrees.  The amount of time it will take to cook the pork will vary depending on the thickness of the chops. 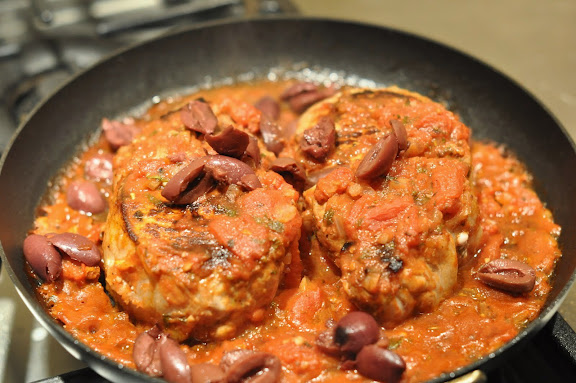 We added some kalamata olives for the final few minutes of cooking time. 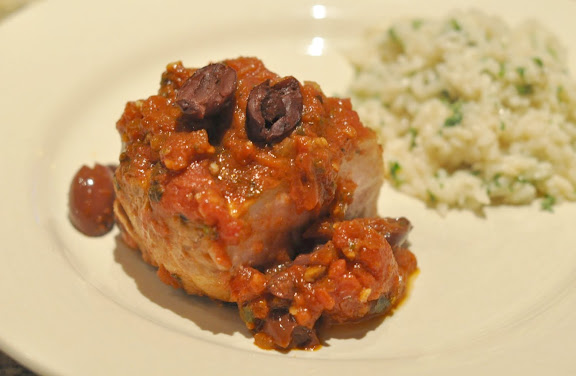 We served the pork and relish with a really easy risotto side dish for an Italian “feast” that was pretty impressive for a Tuesday.  It was a great way to dress up otherwise bland and boring pork chops with some of our favorite flavors in an unexpected combination.