Posted by Mrs. FoodieLawyer November 9, 2011 under Recipes, Side Dishes

How about some grits to go with our shrimp?  Putting shrimp and grits together was the genius idea of fishermen in South Carolina’s Low Country who ate this combination as a breakfast dish.  (Anybody else channel Paula Deen’s southern accent when reading/writing the word “grits” and turn it into a 3-syllable word?  No?  Just me then.)   In case you’re not familiar with them, grits are finely ground hominy (which is basically processed corn) that have a mild flavor and creamy texture when cooked.  We’ve only made grits a couple of times, so we decided to consult the Barefoot Contessa for a tried and true recipe in her cookbook “Back to Basics.”  (We always have good luck with Ina Garten’s recipes, and figured that using a Paula Deen grits recipe would have been too obvious and likely more unhealthy, involving a lot more butter.  And syllables.)  Ina’s addition of sharp cheddar cheese and green onions takes simple savory grits to a whole new level.  We’ll definitely make these again, y’all. 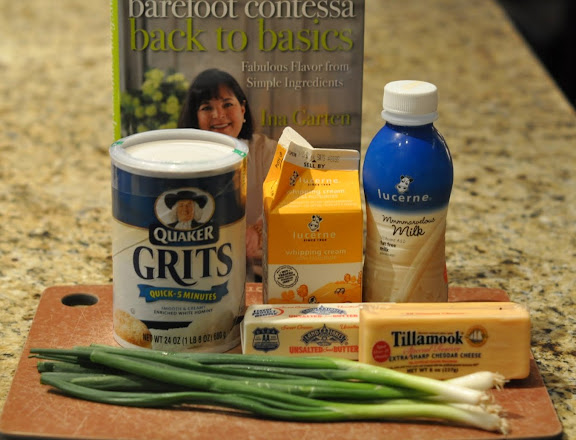 The ingredients include quick-cooking grits (“No self-respectin’ Southerner uses instant grits”), half-and-half, butter, cheddar cheese, green onions and salt & pepper.  We didn’t have any half-and-half, so we made our own using cream and milk. 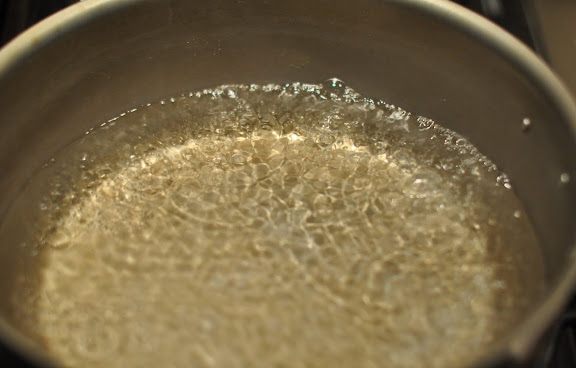 Start by boiling the water. 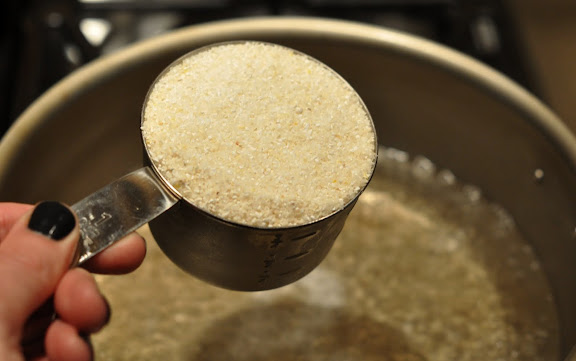 Then add salt and slowly add the grits to the boiling water, stirring constantly. 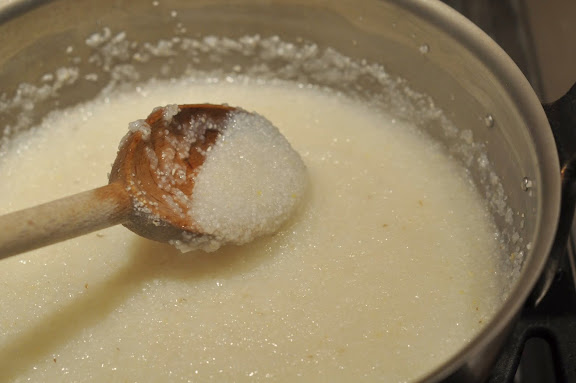 Reduce the heat to low and simmer the grits, stirring occasionally, until they thicken — about 5-7 minutes. 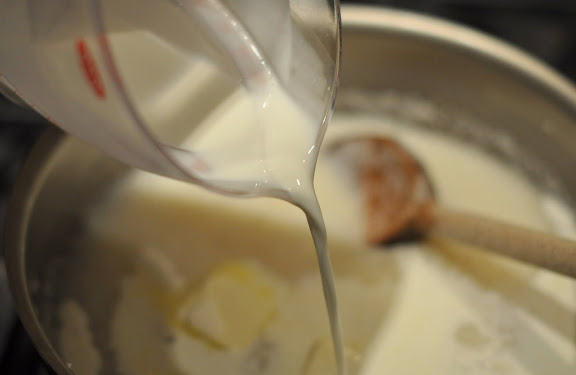 Add the half-and-half and butter and bring the grits to a simmer. 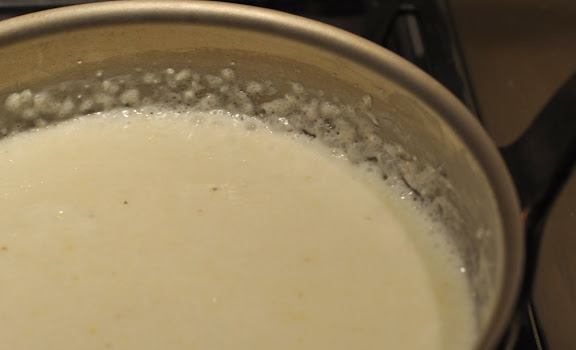 Once the grits begin to bubble around the edges, reduce the heat to low and cook, covered, until the grits are smooth and creamy — about 45 minutes.  Stir occasionally. 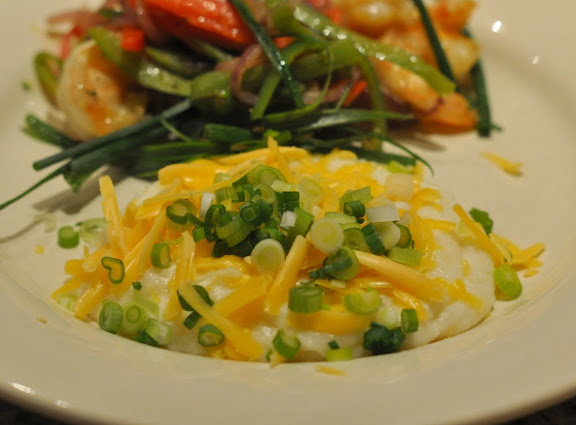 Garnish the grits with aged sharp cheddar cheese and chopped green onions (green and white parts).  We served our grits that night with shrimp and peppers, but these grits would be an excellent side to accompany just about any other main dish that has bold flavors.  Bonus points for making extra and using the leftovers for Southern fisherman-style “breakfast shrimp” over the weekend.