We often use leftover pork for a second meal during the week, including such dishes as stir-fried pork, banh mi sandwiches and moo shoo pork.  Sometimes I prefer pork as a leftover because so many of these dishes have a sauce or other components to liven up the pork, which otherwise can be a little bland.  These chops are anything but bland, yet not too flavor-specific that they can’t be turned into a totally different second meal (we used our leftover chops in fried rice.)  I found the recipe in one of Bobby Flay’s cookbooks, “Boy Meets Grill.”  Chef Flay writes, “think about these three flavors going together — grilled pork chops, pungent horseradish, and sweet maple syrup — it makes sense.”  We initially thought that pairing horseradish with syrup actually does not make sense, but we are not accomplished chefs, nor Food Network stars.  So we took Bobby’s word for it and were pleasantly surprised by how much we enjoyed the sweet, yet spicy flavor. 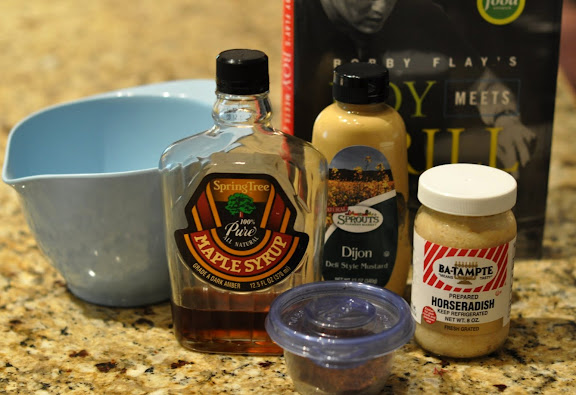 The ingredients for the glaze include 3/4 cup maple syrup, 1/2 tablespoon dijon mustard, 2 tablespoons prepared horseradish and 1/2 tablespoon ancho chile powder.  That’s it.  So simple, yet the end result tastes like these chops took much longer and a lot more effort to cook.  The simplicity is another reason we really like this recipe, especially during the week.  There’s no marinade, no brine, no rub.  Just grill, glaze and eat. 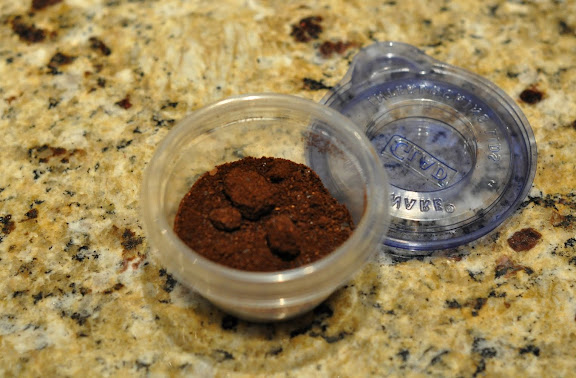 According to Chef Flay, ancho chile powder is available at Hispanic or gourmet markets.  If you can’t find it, you could also use regular chile powder, available in the spice section of most grocery stores.  Or you can make your own.  Dan prepares a blend of roasted dried chiles whenever he makes homemade chili, and always makes a little extra to use as seasoning in other dishes.  A little lasts a long time and the flavor is well worth the extra effort. 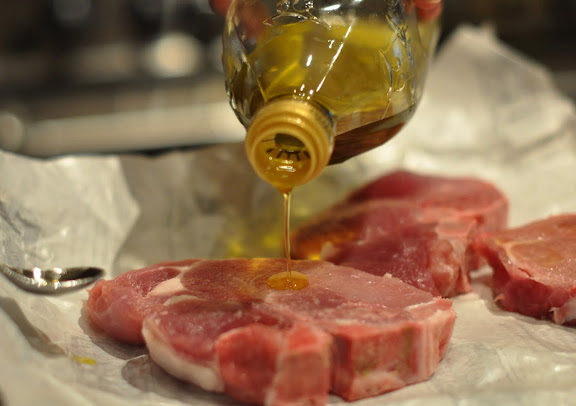 Coat the pork chops on both sides with olive oil. 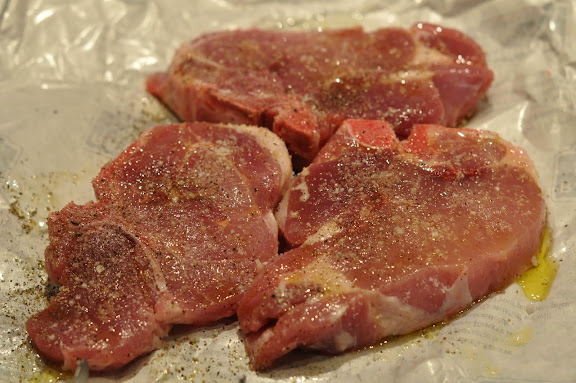 Then generously season with salt and pepper on both sides. 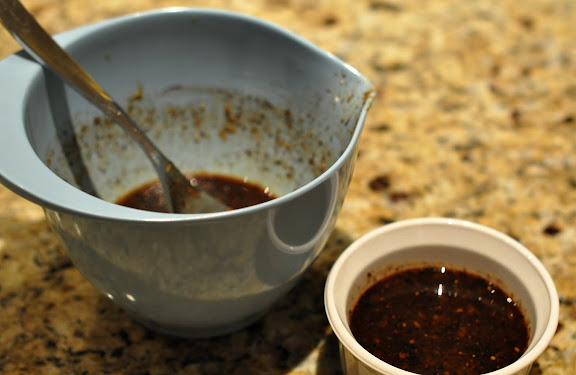 Mix the glaze ingredients together and reserve about 3/4 of a cup to brush on the chops when they are done cooking.  (Be sure to reserve it in a separate container so the glaze doesn’t get contaminated with raw pork juice.) 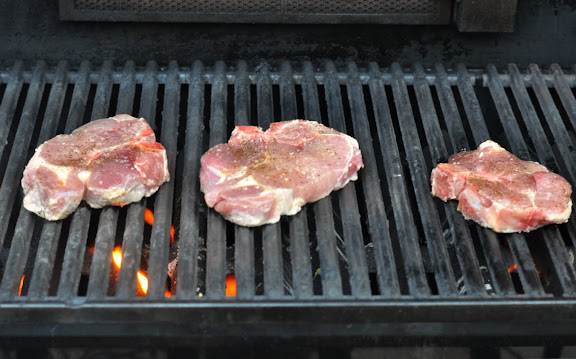 Grill the chops over medium-high heat for about 8-10 minutes total, glazing and turning halfway through. 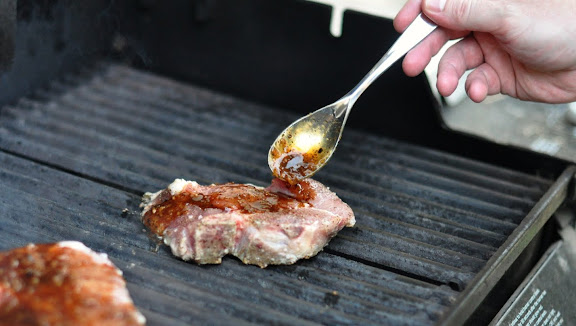 After 4-5 minutes, spoon or brush the glaze on each pork chop, then turn them over.  Continue grilling for another 4-5 minutes, then add the glaze again and turn each chop over one more time. 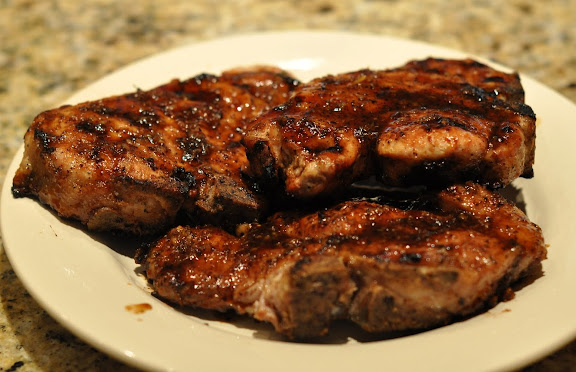 Take the chops off the grill and brush them with the reserved glaze.  Allow the chops to rest for about 5 minutes before serving. 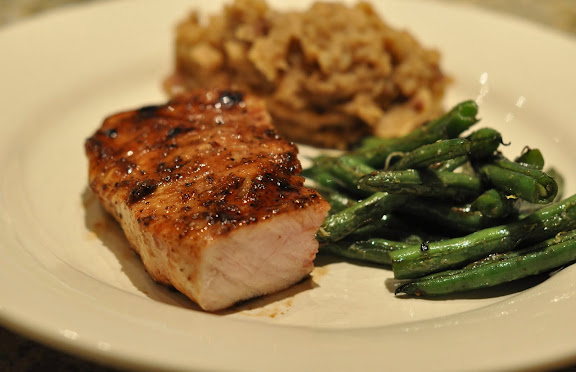 We served our pork chops with spicy green beans and a simple rice dish.  We never would have thought to combine horseradish, maple syrup and chile powder, but the ingredients work really well together to give a basic grilled pork chop a slightly caramelized flavor with a kick.  Guess that’s why Bobby Flay makes the big bucks.  And writes the cookbooks.  And owns the restaurants.  And hosts the TV shows.  And (occasionally) wins the Throwdowns.  And appears on the final season of the hit HBO show “Entourage.”  Well played, Chef Flay.