For some people, including Dan, cooking a meal for someone can be a way to show love and affection, celebrate an achievement, or commemorate an important occasion.  For the Conrad family and many others, August 29 is a signifigant date that does not go unnoticed.  Three years ago today, Dan’s dad Tom passed away after a too-brief but valiant battle against a brain tumor.  It is a date upon which we struggle against the sadness and missing by instead focusing on the happy memories, joyful times and favorite moments.  One of Tom’s greatest joys was food — in a simple, meat & potatoes way, nothing too unusual or exotic.  Dan loves cooking for family and does so just about every time he goes home to Altoona.  During one visit years ago, as Dan was cooking dinner, his dad came in the kitchen to watch and keep Dan company.  While observing, Tom cautioned “not too spicy!” just as Dan was seasoning the chicken soup — with salt and pepper.  Although he didn’t have the most adventurous palate, Tom would have eaten just about anything Dan cooked and would have raved about it — such was Tom’s way of showing unwavering support to those he loved, no matter their endeavor.  One of Tom’s true favorite meals that Dan cooks is London Broil, which involves a simple marinade used to spice up (but not too much!) an inexpensive cut of beef and turn it into something special.  And it’s our way to claim this day and honor a great man who enjoyed nothing more than a delicious steak dinner.  Except maybe a turkey dinner.  Or dinner at Lena’s.  Or a sleeve of Oreo cookies… 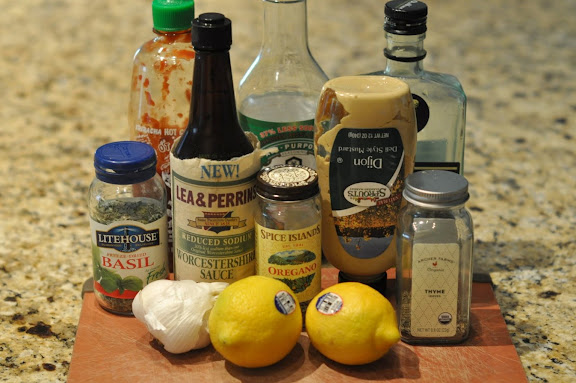 So, is it dusty in here, or is that just us?  On with the recipe.  The marinade ingredients are pretty simple:  garlic, lemon juice, dried thyme, oregano and basil, dijon mustard, worcestershire sauce, soy sauce, olive oil and sriracha. 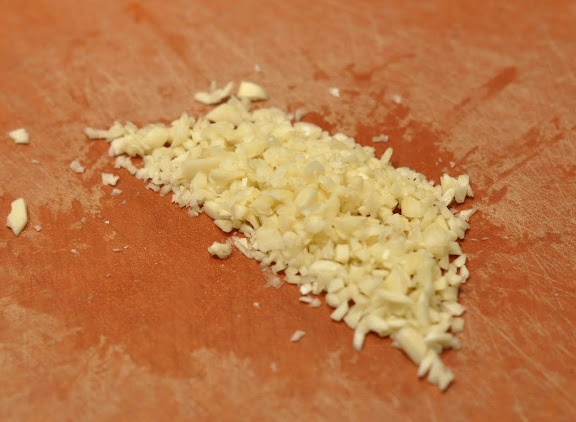 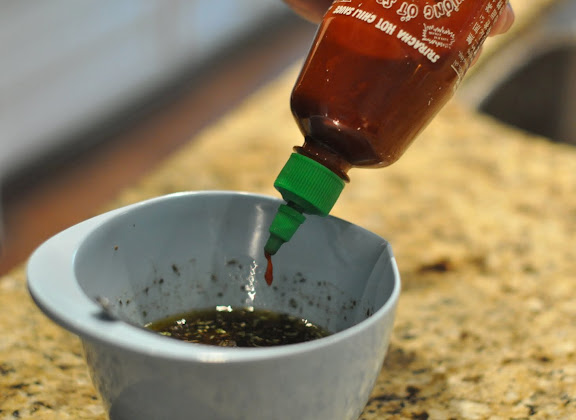 Combine the garlic and remaining marinade ingredients in a small bowl.  The original recipe calls for red pepper flakes, but Dan uses sriracha (an Asian sauce) instead for an added depth of flavor.  Just use a couple of teaspoons for a little kick, without too much heat. 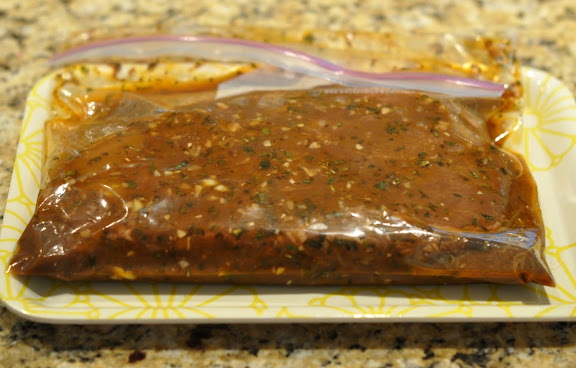 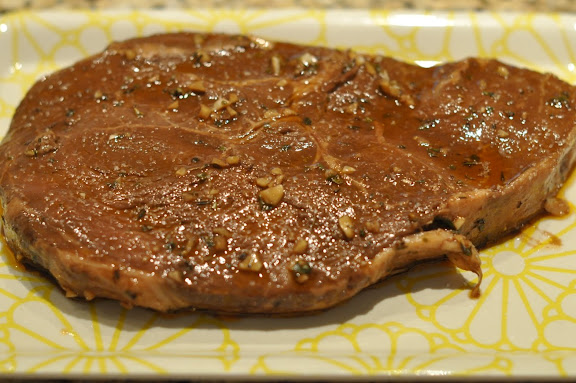 Remove the beef from the marinade about half an hour before you plan to grill it.  Bringing the meat to room temperature before grilling allows it to cook more uniformly. 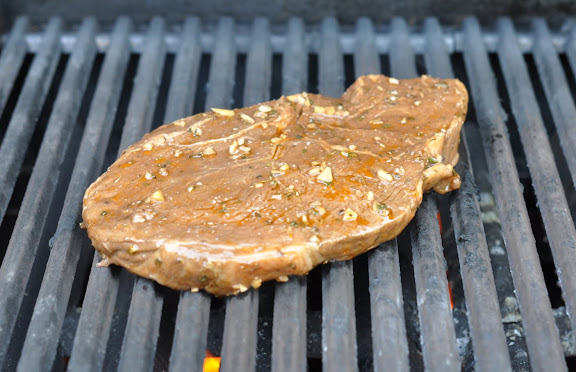 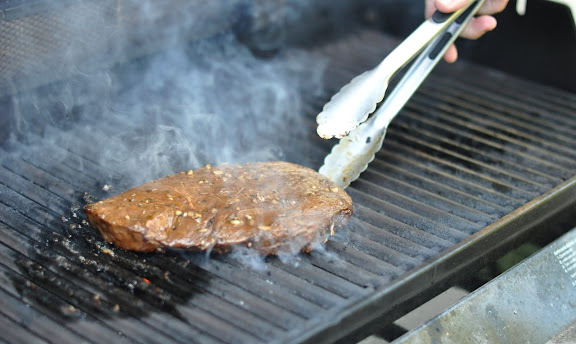 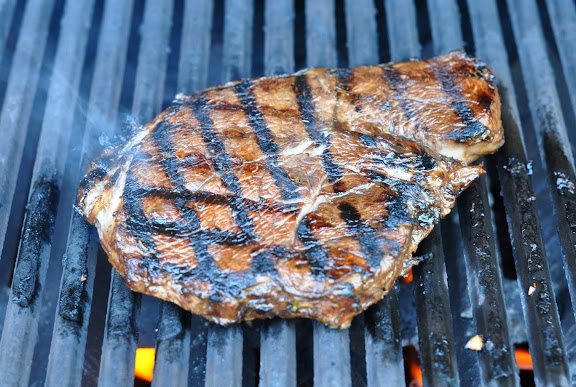 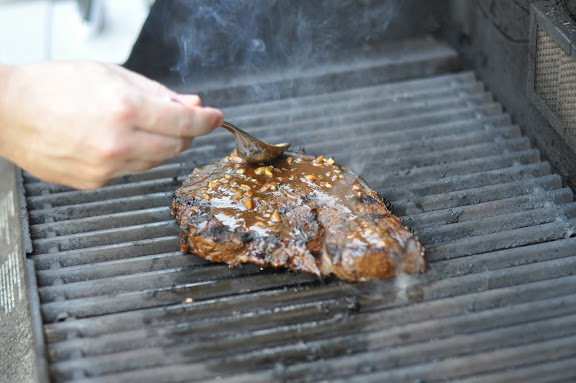 After about 6 minutes, flip the beef over and spoon the remaining marinade over the top of the meat.  Wait another 3 minutes and rotate the beef 90 degrees to continue cooking evenly.  Spooning the marinade may cause a few flame-ups.  If any flames last longer than a few seconds, use tongs to move the beef to another, less flame-y section of the grill. 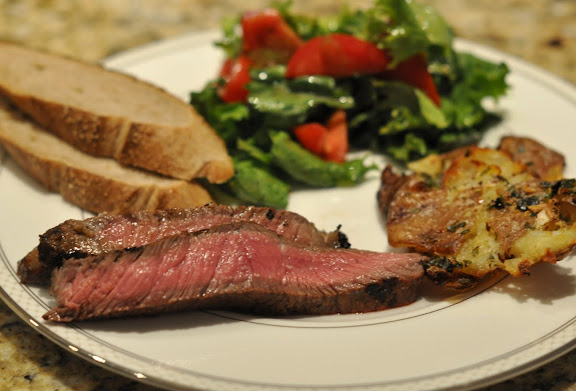 Slice the beef against the grain in thin strips.  We served our London Broil with Crushed Potatoes and a garden salad (with extra tomatoes, just as Tom preferred.)  We plated the meal on our wedding china, choosing to declare this occasion as more Special than sad.  If you’re able, we would consider it a favor and tribute to Tom if you would honor someone important to you by cooking one of their favorite dishes this week.  It’s a small, yet joyful moment guaranteed to make a memory that you can forever cherish.