We love pizza of all kinds — whether it’s delivery, healthy(ish) homemade, or a pie with unusual toppings.  Dan has recently been experimenting with baking bread, which means we often end up with dough remnants perfect for homemade pizza.  One weekend we decided to put the leftover dough to good use by having it for breakfast.  Turns out that thin pizza crust topped with cheesy scrambled eggs, bacon and cream gravy is a really nice way to start the day. 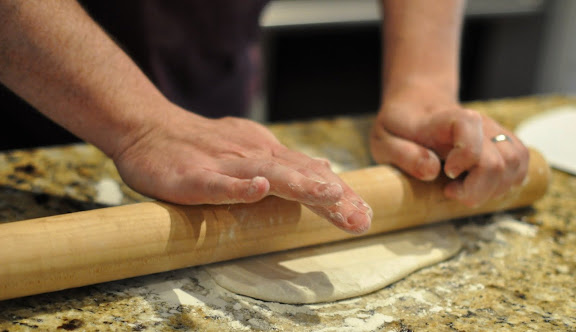 There are lots of different recipes for making pizza dough.  Dan is working on a variation of this recipe for sourdough baguettes and bread.  The bread doesn’t always turn out right, but the leftover dough has consistently resulted in really good pizza crust.  One of these days we’ll post Dan’s version here, but you should know that it currently involves a sourdough starter.  (But, he potentially could completely change his bread recipe between now and then, so I choose not to waste my time now typing up the recipe.  Such choices can be surprisingly key to a successful marriage, by the way.)

For anyone who hasn’t used starter to make bread before, it’s basically like a yeast pet that lives in a ceramic container in our fridge.  We feed it every once in a while with flour and water.  Super easy, as pets go.  But not so fun to cuddle.

If you don’t make your own pizza dough, you can find pre-made dough at some grocery stores or your local pizza place. 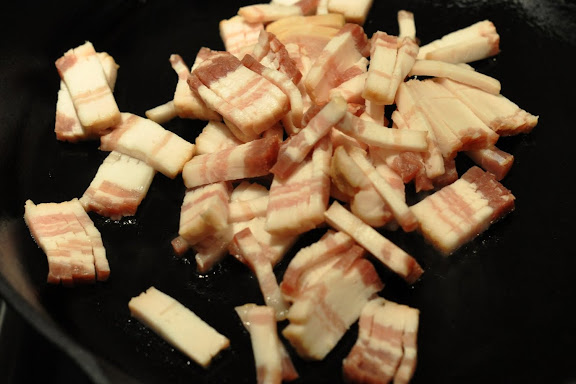 Not only is bacon a delicious topping for the pizza, but the rendered bacon fat is the perfect base for the cream gravy.  We cut the bacon into small pieces before cooking it, but you could cook it in whole strips and crumble it up later.  Same difference in the end result. 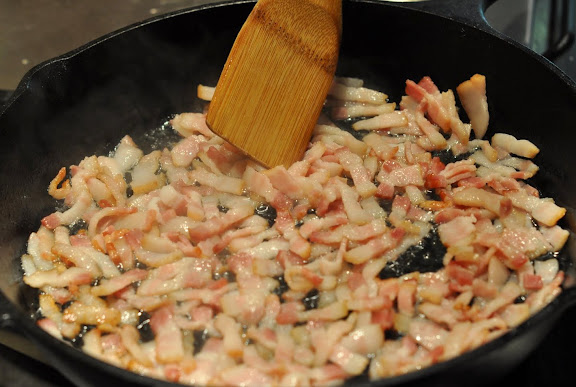 While the bacon cooks over medium to medium-low heat, turn the pieces so they get browned on all sides. 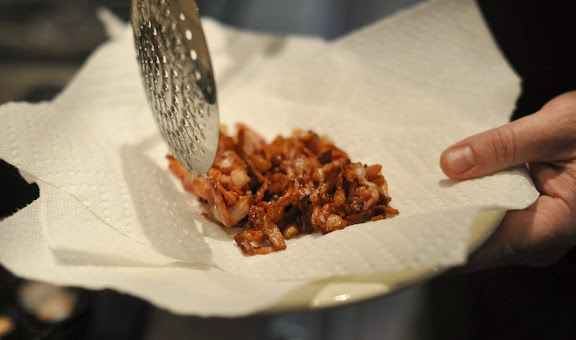 Remove the cooked bacon to a plate lined with paper towels to help drain any excess bacon grease. 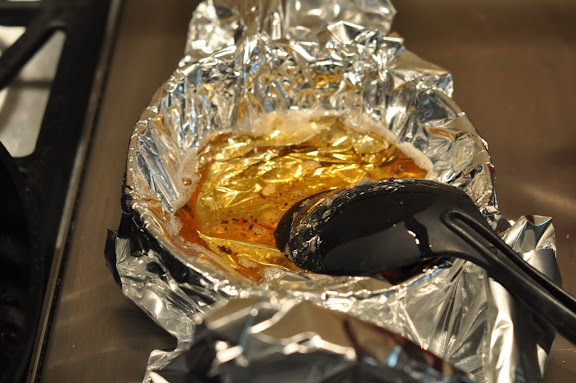 Remove most of the bacon grease from the skillet to a bowl lined with foil for easy clean-up (if you’re not saving any of the grease.) 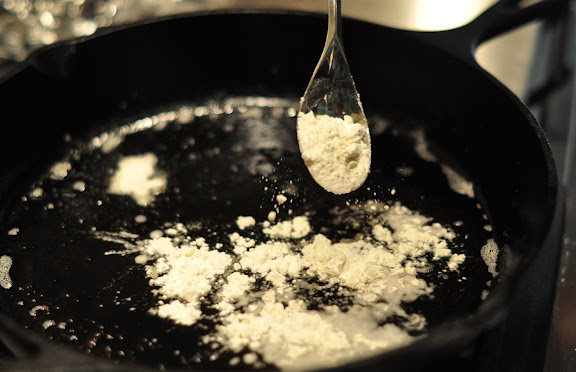 To the remaining 2-ish tablespoons of grease in the skillet, add about 2-3 tablespoons of flour.  Apologies for the lack of precise measurements, but gravy is just one of those things that you have to keep working with until it turns out the way you want it. 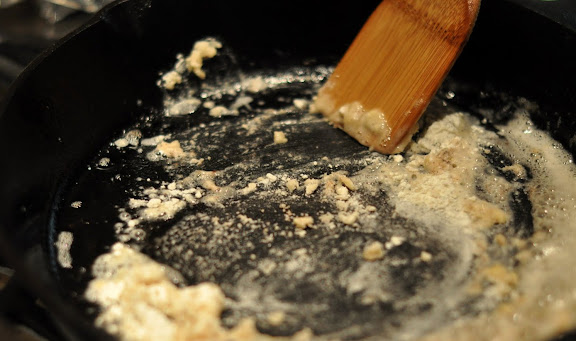 With the skillet over medium heat, mix together the grease and the flour. 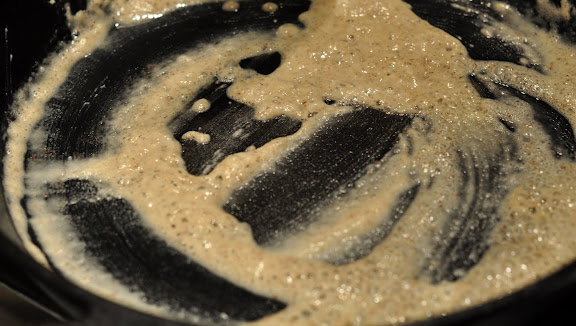 Keep stirring the flour and grease mixture until the ingredients are fully combined. 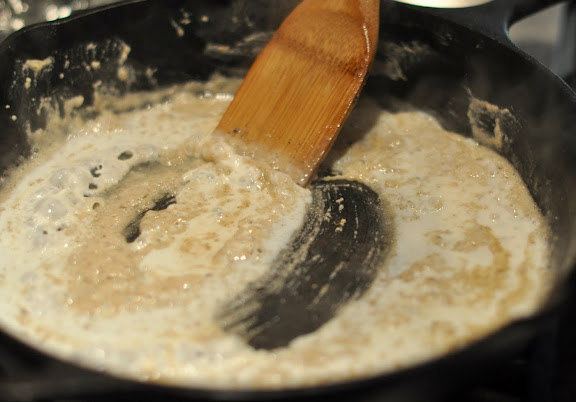 Reduce the heat to low, then add about half a cup of milk. 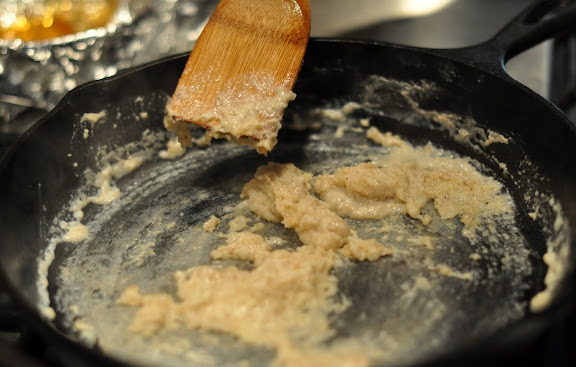 Once the milk is all stirred in, check the consistency of the gravy and add more milk if the gravy is too thick. 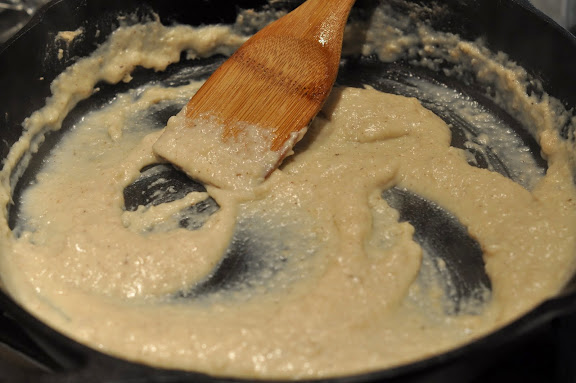 Keep adding small amounts of milk until the gravy is creamy.  Season with salt & pepper. 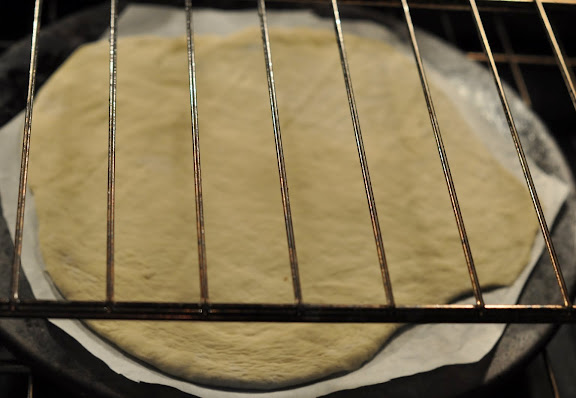 Pre-heat the oven (and pizza stone) to 450 degrees.  Cook the dough for about 5-10 minutes before adding any toppings.  If you don’t pre-cook the pizza crust, the toppings will get over-done before the crust is nicely browned and crispy.   And that would be tragic. 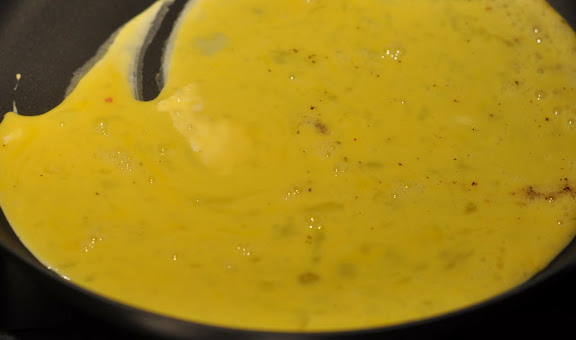 Scramble the eggs, season them with salt & pepper and cook over medium-high heat until they are almost, but not quite, done — about 3-4 minutes. 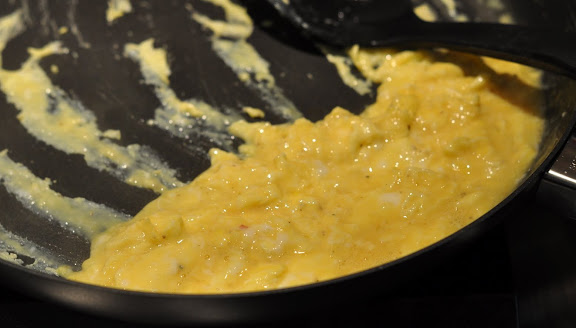 The eggs should still be a bit runny, since they will cook a little more on the pizza in the oven. 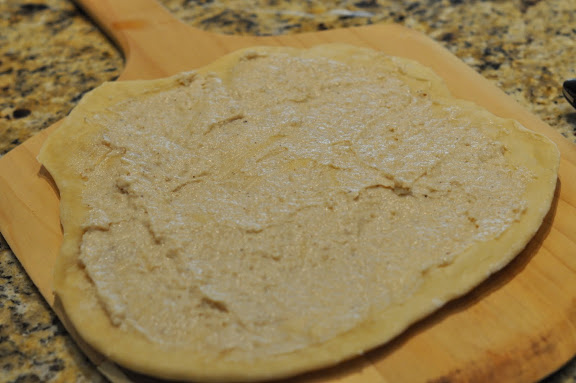 Spread a thin layer of cream gravy on the pizza crust. 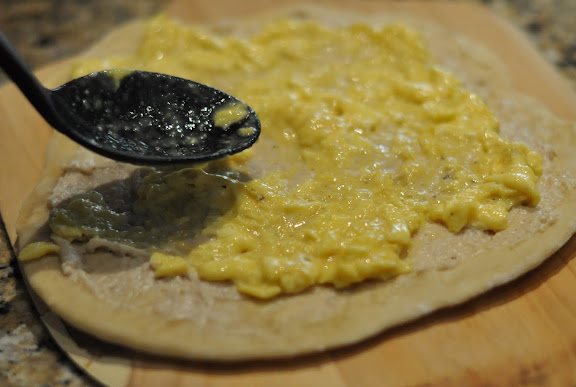 Then add the eggs and spread them out to the edges of the crust. 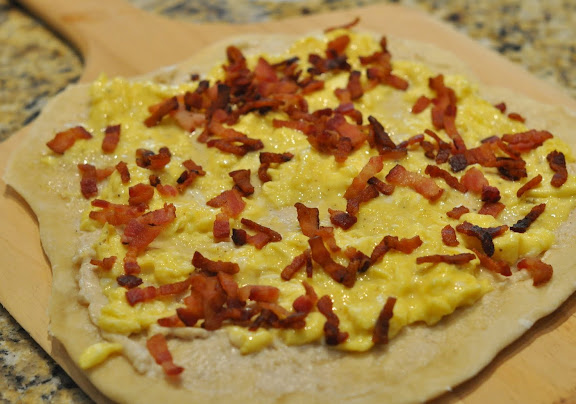 Sprinkle the bacon on top of the eggs. 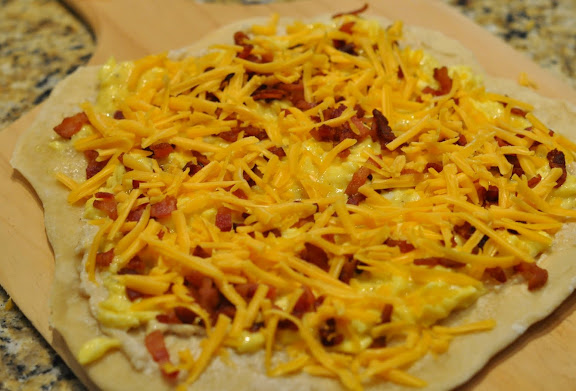 Then add some grated cheddar cheese. 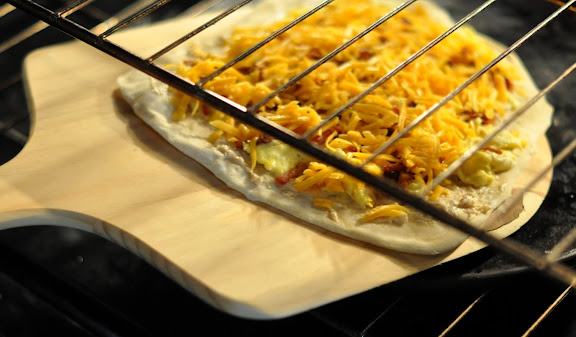 Place the pizza in the oven and cook until the eggs get puffy, the cheese is bubbly and the crust is browned to your liking. 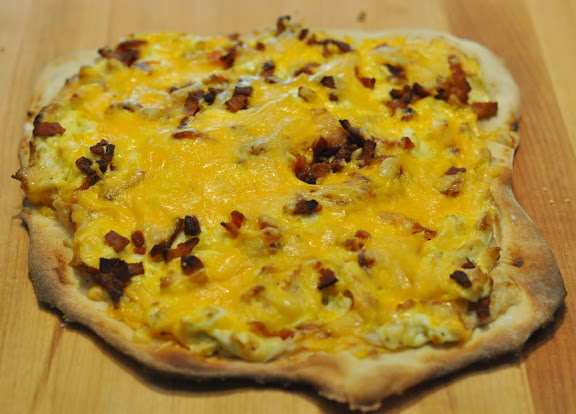 Breakfast in pizza form is one of our new favorite dishes.  It’s also good to serve if you have house guests, since it’s pretty easy to make, serves several people and doesn’t necessarily have to be served or eaten immediately after it’s ready.  Breakfast of Champions.  Or lazy people who enjoy shoveling bacon and eggs into their pie-holes via yummy, crispy pizza crust.