Now that it is officially summer (although it has been full-on “summer” from a holy-crap-it’s-hot perspective around here for at least a month now), we find ourselves incorporating more salads into our meal routine. With temps in the high 90s, the last thing we want to do is heat up the kitchen with the oven or slave over a hot stove. Instead, I make Dan slave over a hot grill outside (where it is really hot) to cook up a delicious protein to add to our salad. This grilled shrimp salad is one of our new favorites, due in large part to the flavorful dressing that would work with many other types of salads as well. You could also make this dish with leftover shrimp, chicken or beef for an even easier (and cooler) summer weeknight meal. 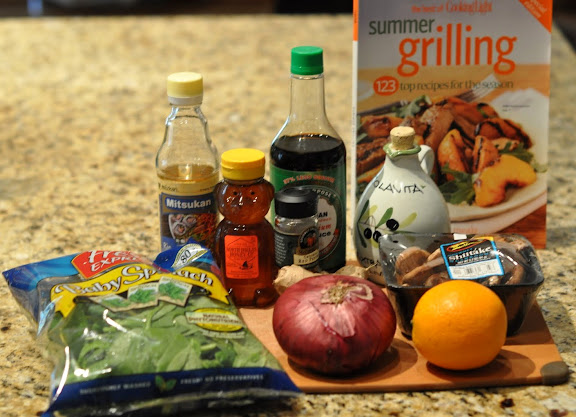 I found the recipe in a “Cooking Light” grilling magazine that I picked up in the checkout line at our local grocery store.  The ingredients for the salad include shrimp, spinach, shiitake mushrooms and red onion, with a dressing made from rice vinegar, orange juice, olive oil, honey, soy sauce, fresh grated ginger, salt and crushed red pepper. 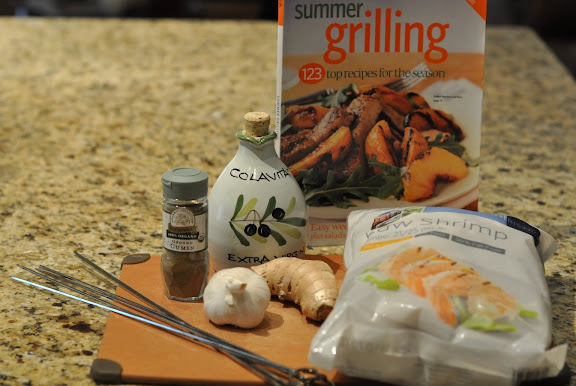 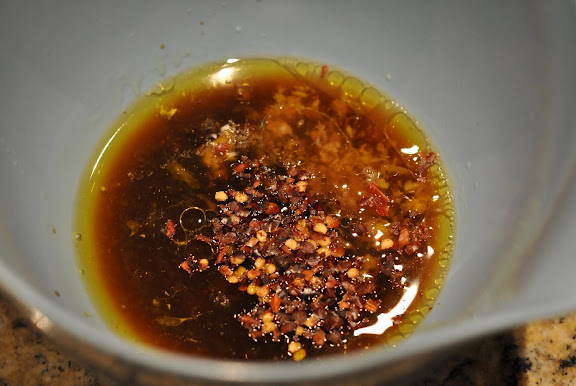 Whisk together the ingredients for the dressing until well-combined and set aside. 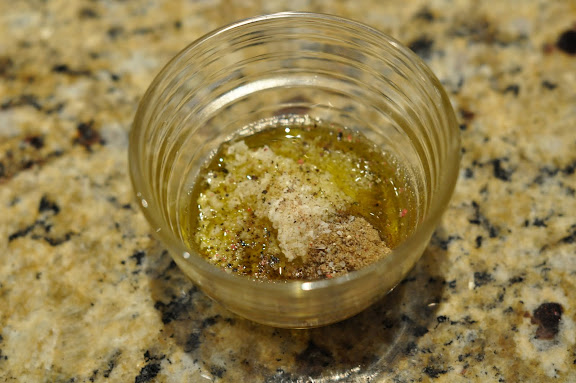 Then combine the ingredients for the shrimp marinade. 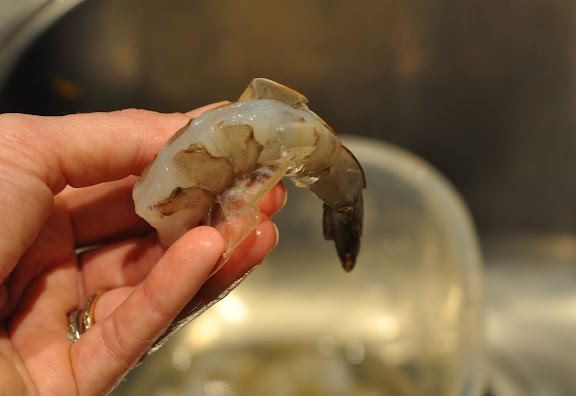 We have previously mentioned how much we love cooking with “EZ Peel” raw frozen shrimp, but it’s worth saying again.  We always have a bag handy in the freezer because they only way they could be easier to use is if the shrimp peeled themselves (which they practically do.)  About a half hour before you cook with them, thaw the shrimp in a large container with a little ice and lots of cold water.  The shrimp shells are pre-cut and the shrimp are de-veined (thank you, EZ Peel Geniuses), so once they are thawed, just peel apart the shell and pull it off at the tail.  E to the Z. 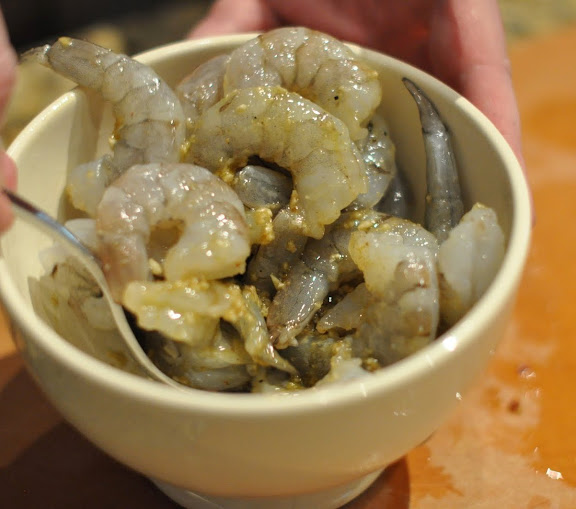 Toss the peeled shrimp in the marinade and set aside at room temperature for several minutes.

While the shrimp marinate for a bit, prepare the other salad ingredients.  Cut the red onion into thin half-moon slices and thinly slice the shiitake mushroom caps. 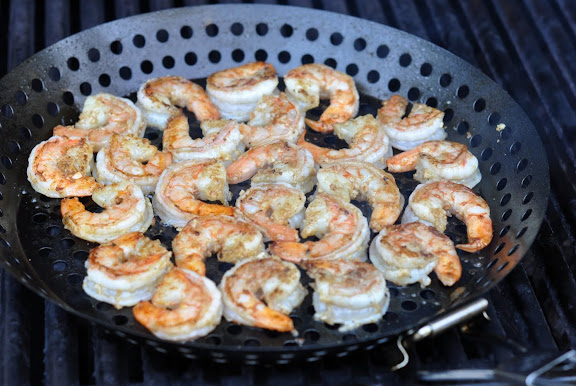 The recipe calls for grilling the shrimp on skewers, but we decided to cook them in a grill pan instead.  Either way works great.  Grill them over medium-high heat until no longer opaque in the middle and a little browned on the outside — about 5 minutes total.  Turn the shrimp about halfway through so they get browned on both sides. 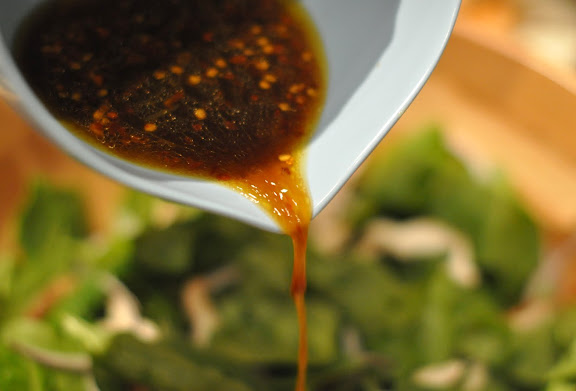 Toss the shrimp in the salad with the (re-whisked) dressing. 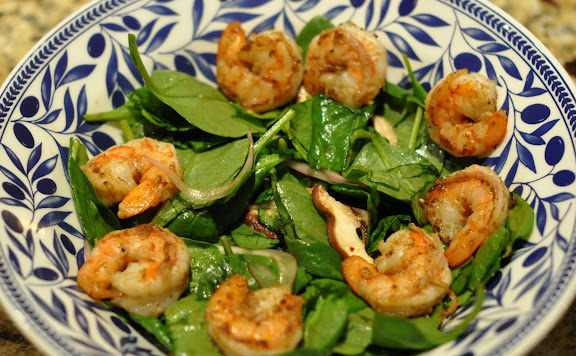 Serve with some good crusty bread if you have any (sadly, we did not.)  We both loved this salad and will definitely have it again, probably more than once, this summer.  The dressing has a slight Asian flavor that pairs really well with the shiitake mushrooms.  The double dose of fresh ginger gives everything a bright taste contrasted by the sharpness of the red onion.  We also loved how simple and EZ it was to prepare.