Always looking for cool new cooking utensils and gadgets, Dan picked up an interesting grilling tool at the State Fair — a Chile Grill.  Basically, it’s a tray to hold stuffed jalapenos on the grill.  We decided to try it out one evening when we were having grilled shrimp and a rice side dish.  The jalapenos were pretty good, but very hot (we should have grilled them a little longer).  We need a little more practice/experimentation with our ingredients, but the tray worked like a champ. 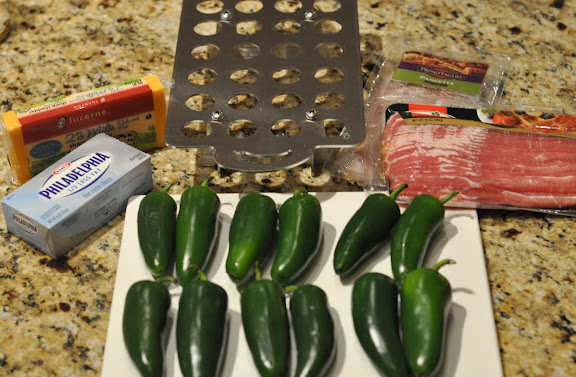 As we indicated, the Chile Grill is essentially a metal rack that holds stuffed jalapenos upright on the grill, such that they can cook without their stuffing spilling out onto the grill.  For our first foray into jalepeno grilling, we decided try several different types of filling for our grilled peppers, including combinations of cream cheese, cheddar cheese, bacon and pancetta. 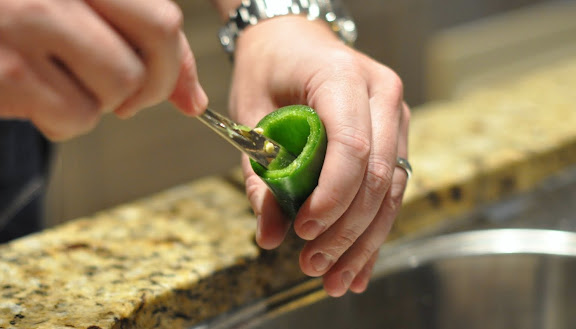 First things first, clean out the jalapenos.  Because the majority of the heat resides in the seeds and inner white ribbing of the peppers, we did our best to remove these.  The easiest way is to cut the tops off, then use the handle end of a spoon to loosen everything up and scoop it out. 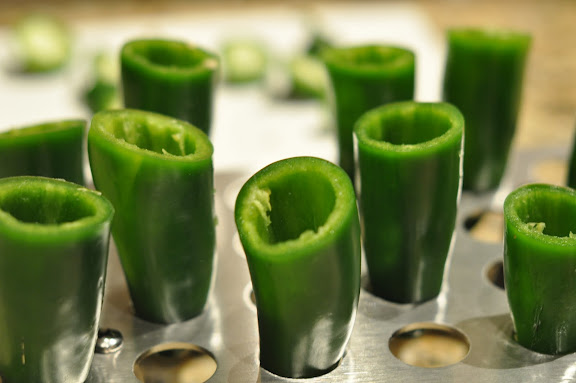 After the jalapenos are prepared, arrange them on the Chile Grill. 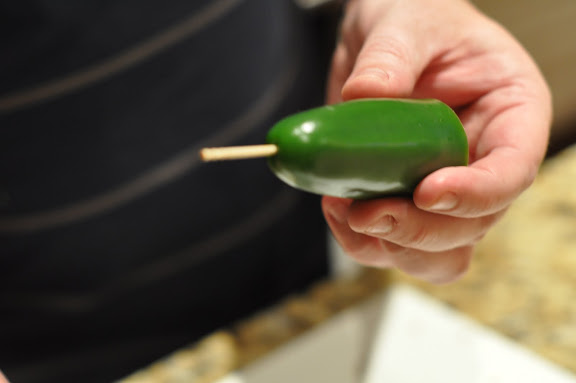 The Chile Grill recommends that you poke a hole in the bottom of each jalapeno with toothpick.  We’re not really sure why this was necessary, but we respect authority and followed the directions. 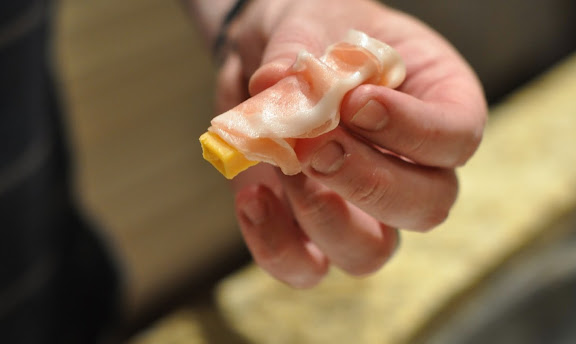 Our first filling was a a piece of cheddar cheese wrapped with pancetta. 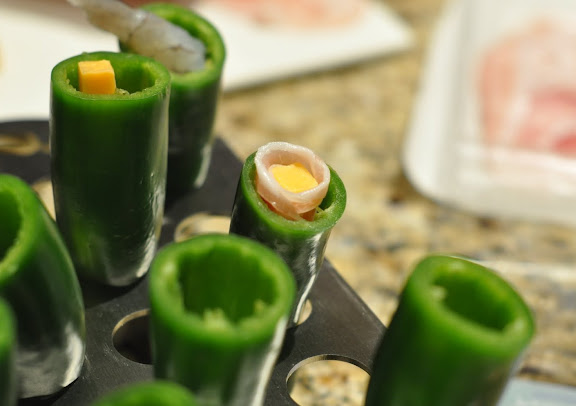 After we rolling up the cheese with the pancetta, add it to the scooped-out jalapeno.  This chile grilling is pretty easy! 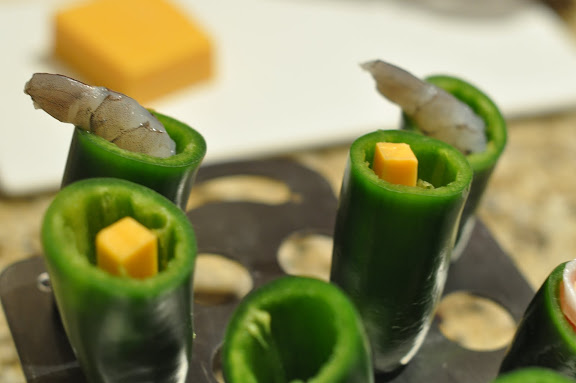 Since we were grilling spicy garlic shrimp tonight as our main course, we had shrimp on hand and stuffed two of the peppers with whole uncooked shrimp. 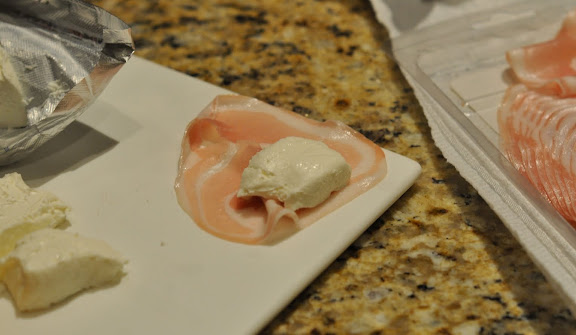 Another variation we tried was cream cheese wrapped in bacon.  The cream cheese melted much better than the cheddar cheese and was our favorite.  Tonight we used lowfat cheddar cheese, which doesn’t really melt as nicely as regular cheddar. 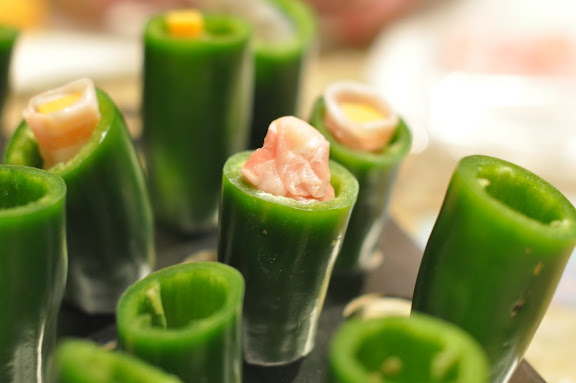 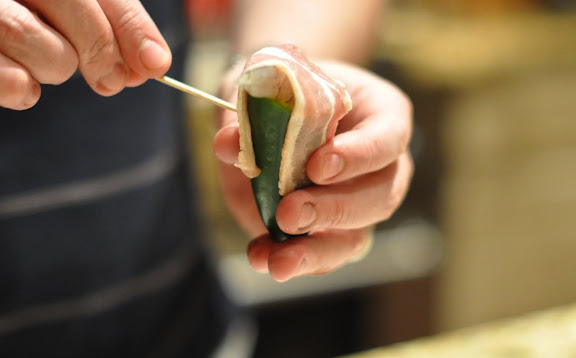 On top of the shrimp-filled japalenos we wrapped a half of a piece of bacon, secured with a toothpick. 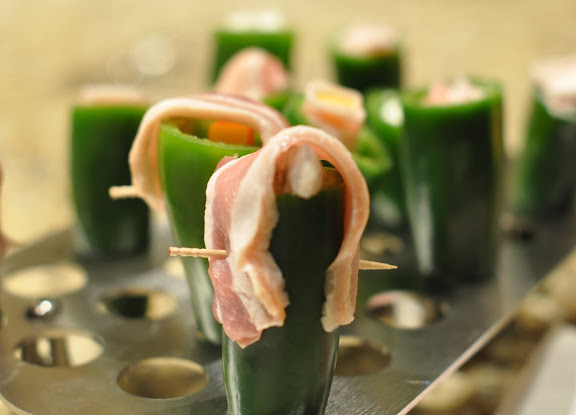 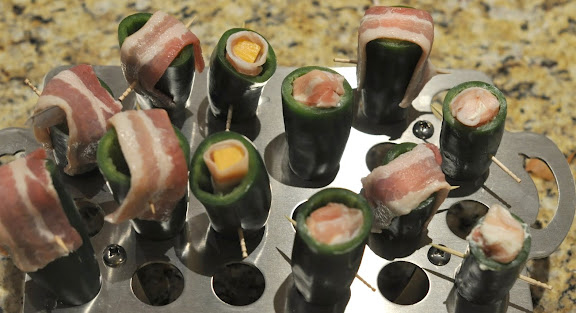 Our bacon / pancetta / cream cheese / cheddar jalapenos ready to go on the grill.  There are many other options we intend to try the next time we break out the Chile Grill, but this was a good start. 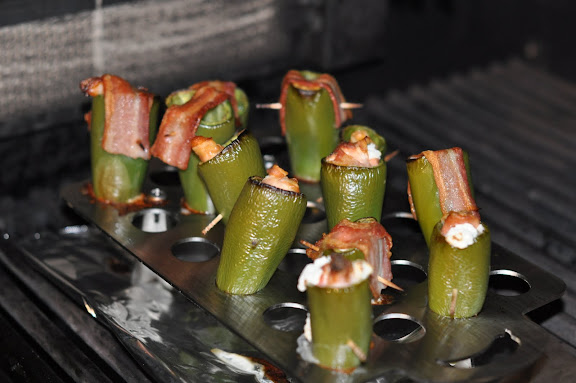 The Chile Grill website recommends grilling the peppers over indirect heat for at least a half an hour, and for much longer if you don’t want the peppers to be too spicy. 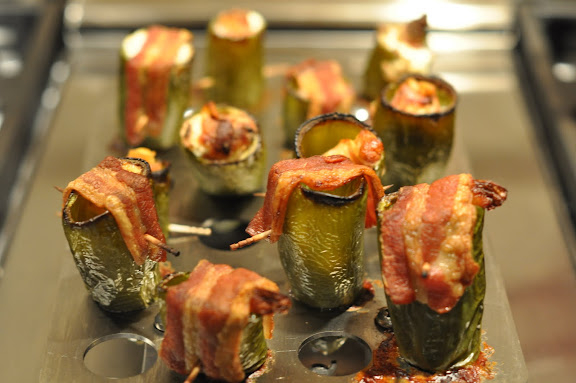 We took out jalapenos off of the grill after about 40 minutes.  The bacon was nicely browned and the cheese very melty.  Plus, the grilled jalapenos smelled amazing. 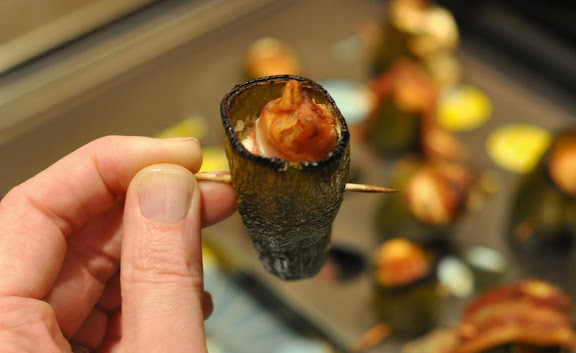 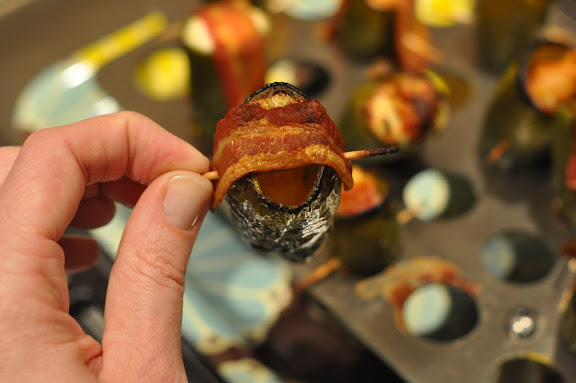 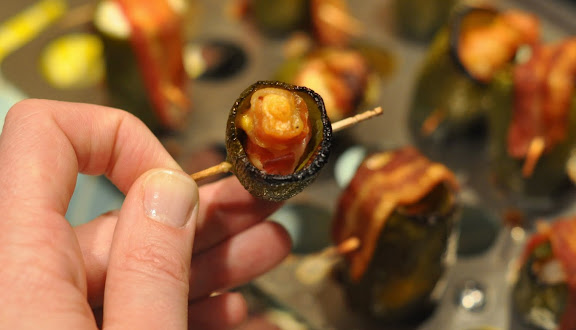 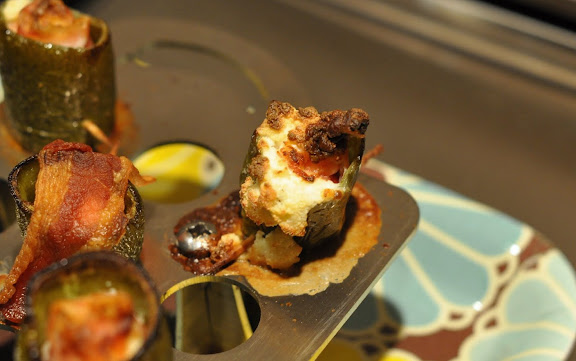 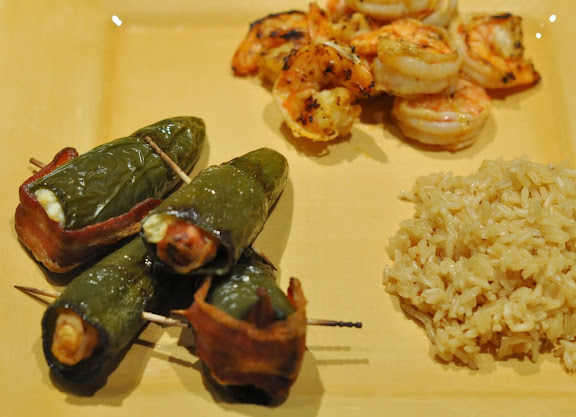 The final plate.  Sure, the Chile Grill is a novelty with only one intended purpose, but we had fun stuffing and grilling these peppers.  We’ll experiment with different cheeses and other stuffings, and we’ll do the shrimp and bacon again because they were delicious.  The Chile Grill shows definite potential as a dinner party trick.  (Disclaimer that we may or may not need to include — we were not compensated in any way by Chile Grill for this review.  We just like trying new cooking toys.)