Nearly everyone loves grilled chicken slathered with BBQ sauce, and this weekend we kicked-up a classic by barbecuing a few game hens on the grill. 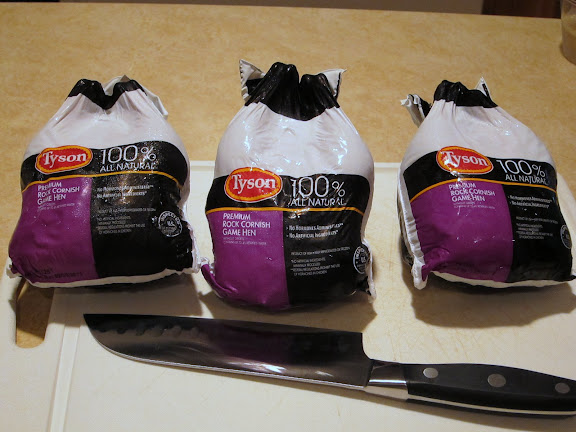 We cooked for 5 people that night (us, Dan’s brother Sean and his lovely wife, and Dan’s mom), so we grilled 3 game hens.  As we’ve mentioned before, game hens keep well in the freezer for a long time — just thaw them about 24 hours before you’re going to cook them. 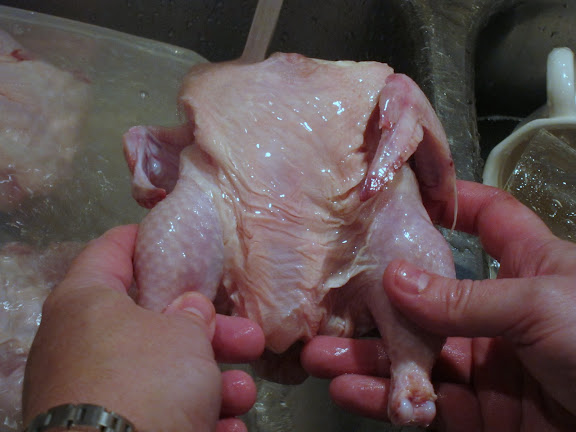 After unwrapping the game hens, rinse them under cold water. 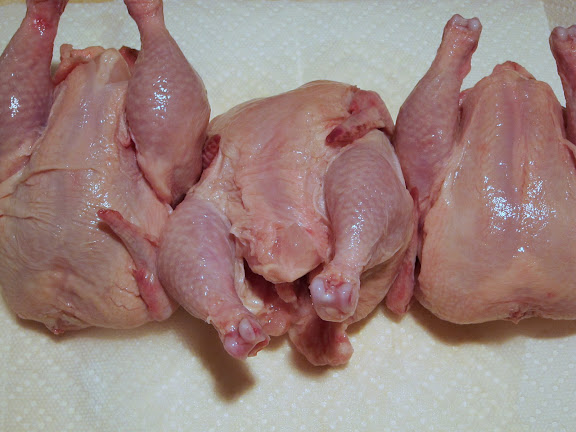 The game hens, after their cold shower and paper towel pat-down, ready to be dismantled into individual pieces. 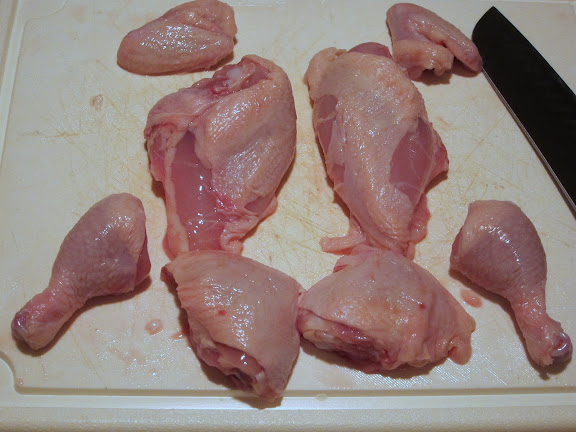 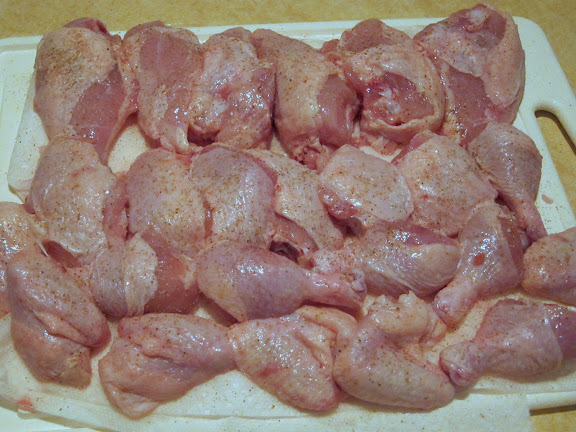 Generously sprinkle the game hen pieces with salt and pepper before they go onto the grill.  Because the barbeque sauce has so much flavor, there’s no need for any additional herbs or spices. 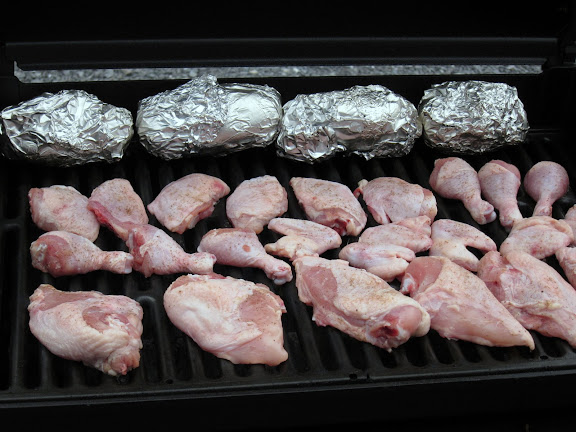 The game hen pieces on the grill.  (We also grilled 4 baked potatoes.  Wrapped in foil, the potatoes cooked for the entire time the game hen grilled.) 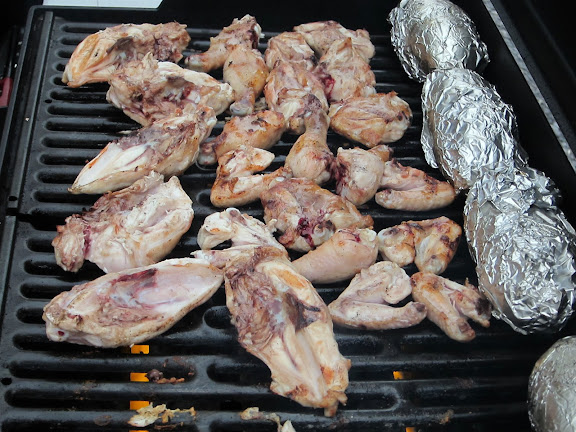 After they grill for about 10 minutes over direct medium heat, turn the game hen pieces over.  Before putting the game hen on the grill, Dan sprayed the hot grill grates with non-stick grilling spray to minimize the amount of skin sticking to the grates. 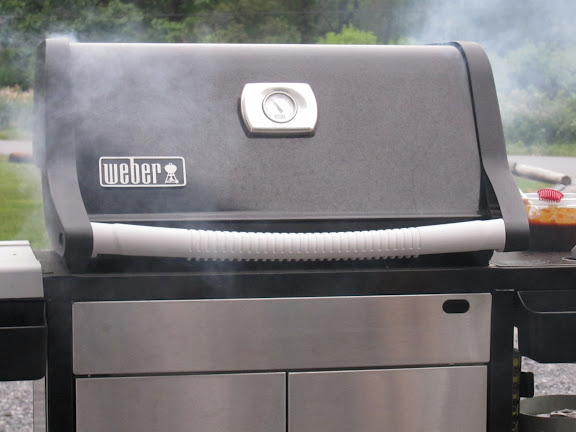 Keep the grill closed as much as possible to allow the game hen (and baked potatoes) to cook, as if they are cooking in an oven.  (Product placement ad for our favorite brand of grill, free of charge.) 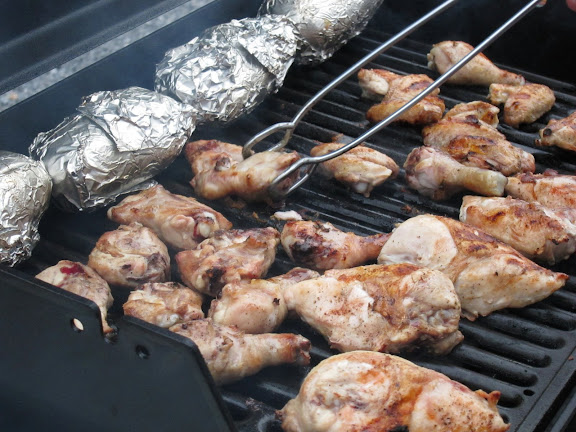 Keep turning the game hen so that it cooks evenly. 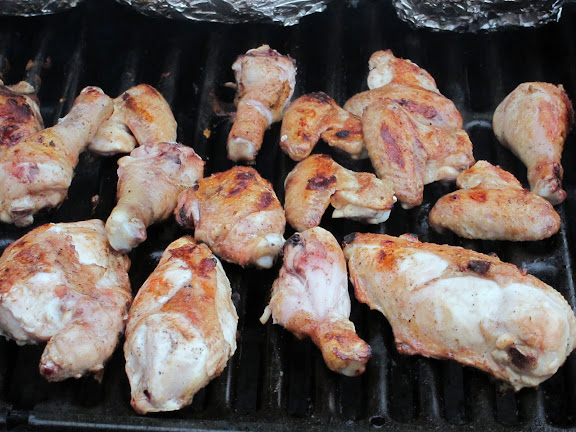 Once the game hen is nicely browned on both sides (after approximately half an hour on the grill), it’s time to add the BBQ sauce! 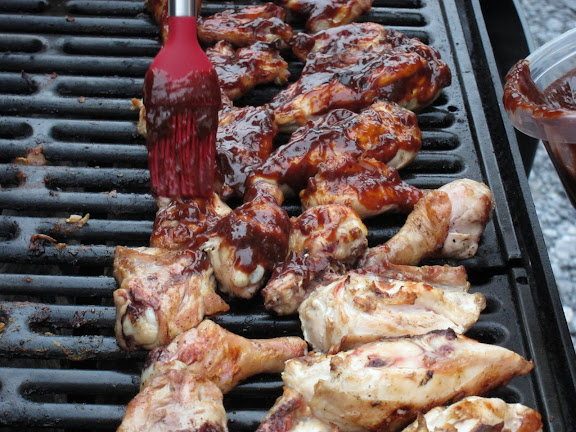 We used a combination of regular BBQ sauce and a fancy, spicy brand.  At this point, turn off the heat underneath the game hen so that the BBQ sauce does not burn. 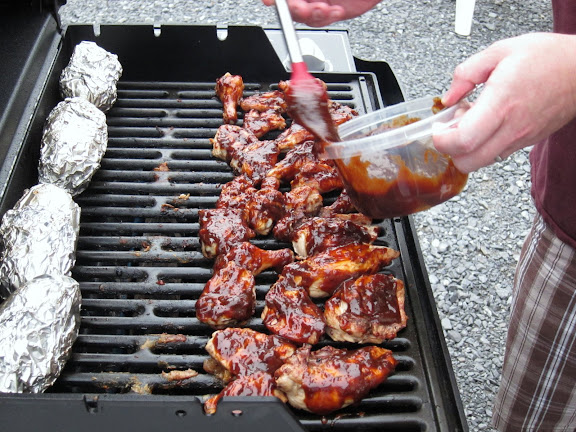 Turn the game hen one more time and make sure that each piece is well coated with the BBQ sauce on both sides. 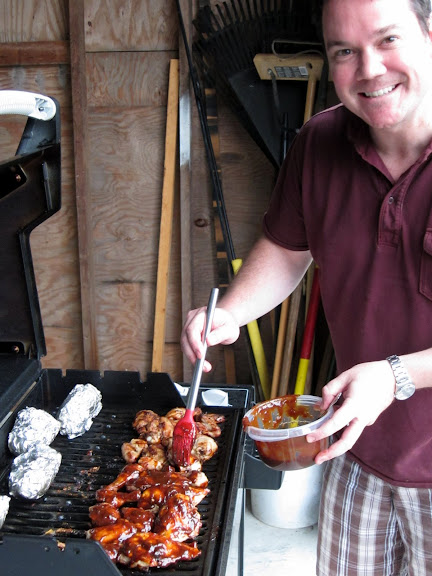 Cooking BBQ game hen makes Dan happy!   (We don’t normally grill in the garage — nor should you — but we had to move the grill into the edge of Dan’s mom’s garage because we were having some rain showers.  We had both big garage doors open and there was plenty of ventilation.  Safety First!) 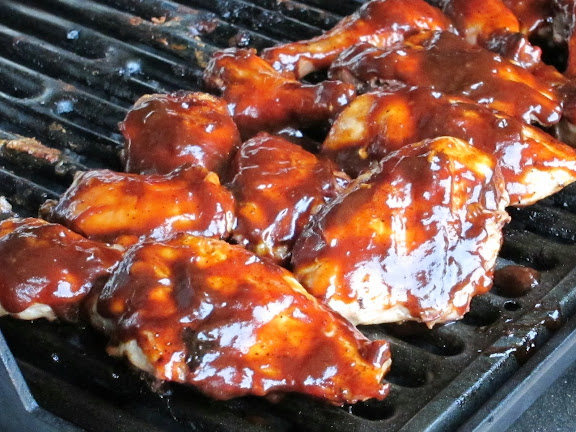 The game hen cooks for about 15 minutes longer after you add the sauce. 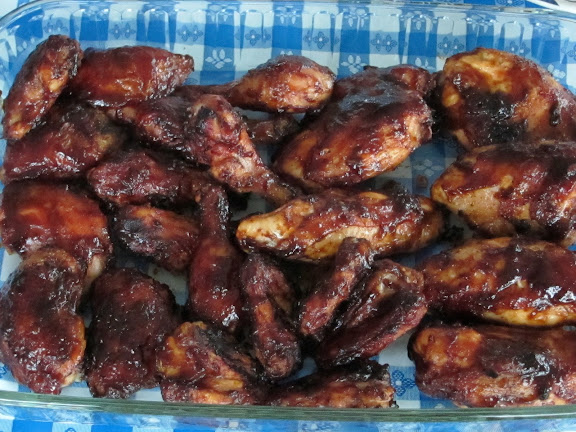 BBQ Game Hen – ready to eat!  Similar to BBQ chicken, the leftover game hen tastes great right out of the fridge the next day.