It’s been a while since we posted anything of substance, and it’s beyond time for this one because we have one particularly loyal reader and friend who deserves more than a list of what we’re eating for dinner each week. I don’t promise that it will be our best post, and it certainly won’t compare to the literature our friend is reading these days, but it’s written with love, admiration and respect for a guy going through something incomprehensible, with intractable grace and dignity. (Yes, I had to look up the definition of “intractable,” and yes, if there is anyone who embodies “difficult, stubborn” grace and dignity more than our friend, such a person would be a good one to know.) Although I haven’t been inspired to write much lately, dusting off the blog as a way to let our friend know we’re thinking of him seems like the right thing to do, and I know I’ll be glad that I did. Similarly, I am often uninspired in the kitchen, yet the meals I’ve made when cooking is the very last thing I feel like doing tend to be the most satisfying. Like that time I spent all day painting our living room and dreaded having to cook dinner, until I remembered this delicious, quick and crazy-easy pork chop recipe. I whisked up the marinade, cleaned up my paint supplies while the chops infused with Asian flavor, and about half an hour later we enjoyed a meal that tasted like I’d spent hours in the kitchen. Totally worth it. 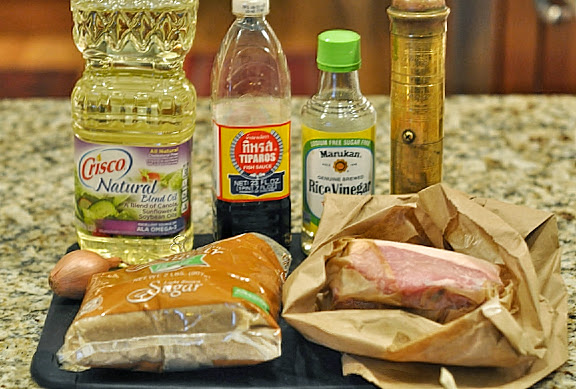 So why do we refer to these as “Get Real Into It” pork chops? Long story long, because we watch a lot of television and have fun with inside jokes/stories related to our food. In addition to singing competition reality shows, one of our favorite TV genres involves cooking competitions. We particularly enjoyed the first season of Best New Restaurant, in which restaurants compete against each other in a series of challenges involving food, quality of service and hospitality. The show also features “secret diners” who visit each restaurant and secretly record their dining experience. One such secret diner recorded his server announcing “You’re about to get REAL into that pork chop” when she delivered his big-as-a-plate, bone-in pork chop. We thought it was hilarious for some reason (rewind and re-watch multiple times funny), and the statement stuck with us. We borrowed the phrase for this recipe because we’re real into how good these pork chops are, especially considering how easy they are to make. 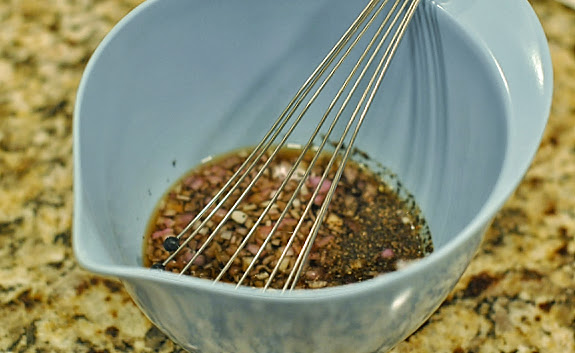 The marinade is pretty simple, but packs a big flavor punch. Whisk together a finely chopped shallot, 1/3 cup light brown sugar, 1/4 cup fish sauce, 2 tablespoons rice vinegar and a teaspoon of freshly ground black pepper until the brown sugar dissolves completely. Fish sauce and rice vinegar are available in the Asian section of most grocery stores and are worth stocking in your pantry for this recipe alone. But do us a favor and resist the temptation to flip the top of the fish sauce and take a big whiff. Spoiler alert:  fish sauce stinks, bad. But it adds a nice, savory (non-fishy) flavor to the dish. (If you’re anything like Dan, who can’t help but finger tap the side of the hot plate after being warned by the server that it’s hot, we know you’re going to smell it anyway.) 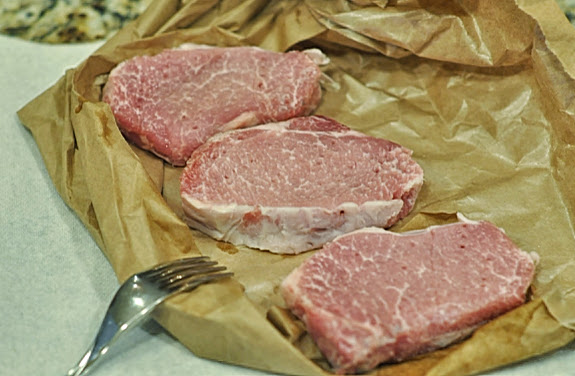 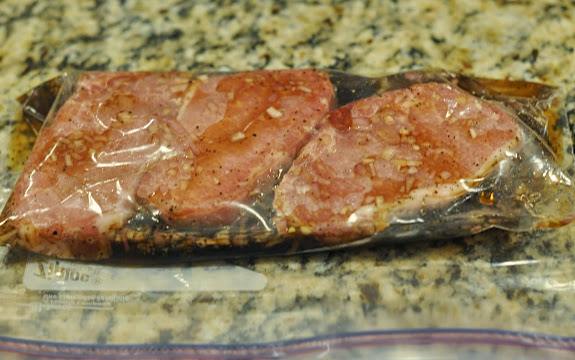 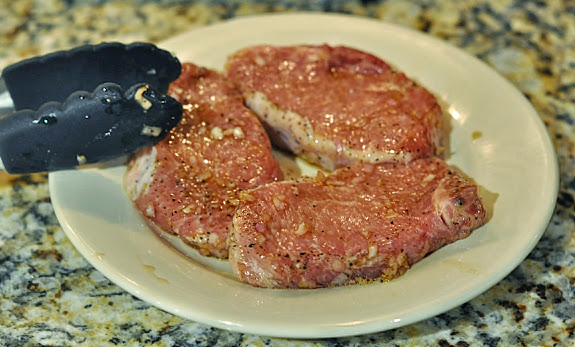 Remove the chops to a plate (but save the marinade) and lightly season them with salt. 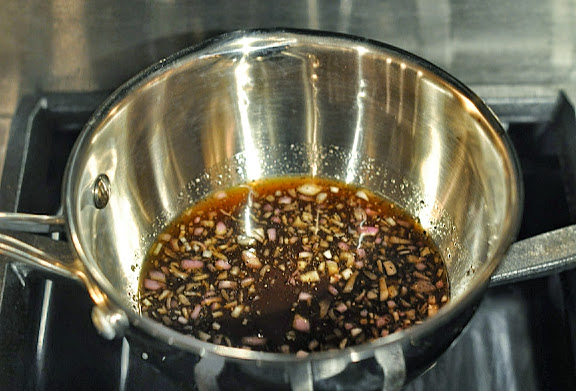 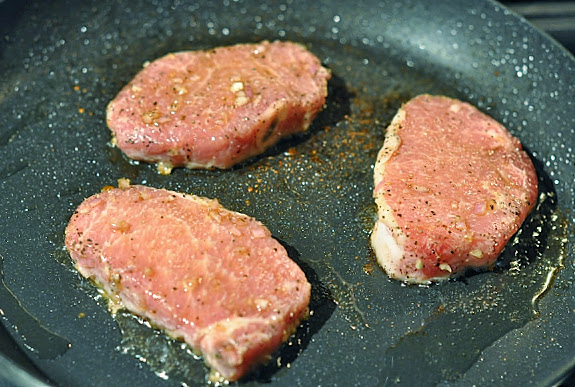 Heat about a tablespoon of vegetable or canola oil in a large, nonstick skillet and cook the pork chops until they are browned on both sides and cooked through. The cooking time will depend on the thickness of the chops. Thin pork chops will be done in just a few minutes per side, and thick ones will take longer. We cook pork until the internal temperature reaches 140-145 degrees, mindful that the pork will continue cooking a bit even after removed from the heat. It’s more difficult to accurately measure the temperature of thin pork chops, so you can check whether they are done by cutting into the thickest part of the chop to make sure it’s no longer shiny pink inside. A pinkish hue is fine, but shiny pink means the pork is not quite done yet. 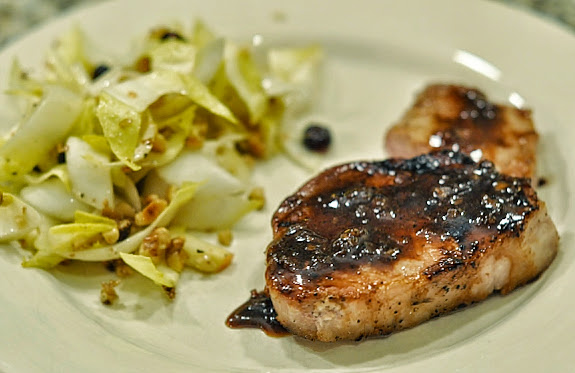 Spoon the sauce over the pork chops and serve. On that night, we paired the chops with a salad made with endive, walnuts and apple for a decadent weeknight meal that could not be much easier or quicker to prepare. Time is precious, and we will always wish we had more of it. Because it is so fleeting, we recognize the need to live life to the fullest—to get real into it—and we will be forever grateful for the friend who inspires us to do so.