With summer and tomato season in full swing, in addition to the upcoming July 4th holiday, may we suggest and highly recommend this easy, unusual and impressively delicious side dish.  It incorporates some of the best summertime flavors — tomatoes, basil and garlic — and will go well with all different kinds of grilled proteins, including steak, chicken and shrimp.  I was initially skeptical that this dish would amount to not much more than a mushy mess of cooked tomatoes, soggy bread and wilted basil, but we had garden tomatoes to use and Ina Garten’s recipe was inspired by her “dear friend” and “cooking inspiration” Sarah Chase, which was inspiration enough for us.  The finished dish did not disappoint.  The flavor reminds me of a fried mozzarella cheese stick dipped in marinara sauce, but a de-constructed, lighter and way more healthy version. 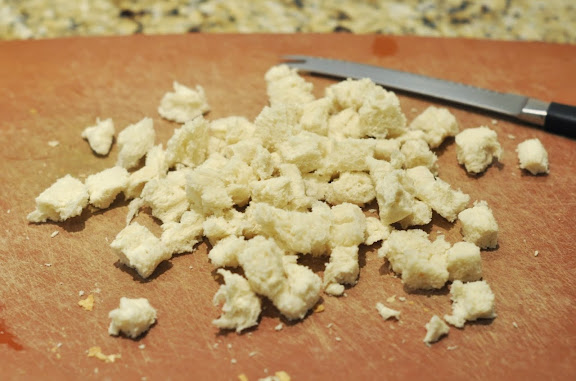 Cut the bread into 1/2 inch pieces (without crusts.)  The recipe recommends a “round rustic bread.” 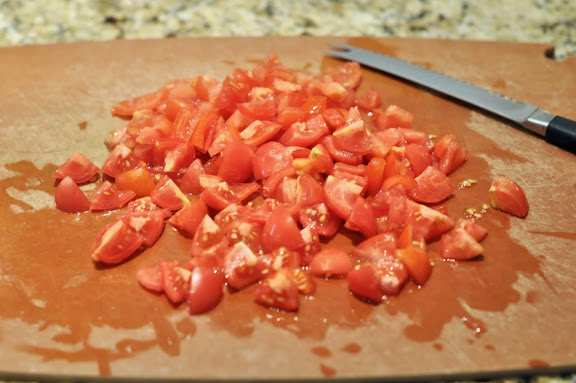 Slice the tomatoes into 1/2 inch pieces.  The recipe recommends plum tomatoes from the grocery store, but we used tomatoes from our garden (mostly some sort of cherry tomato hybrid.) 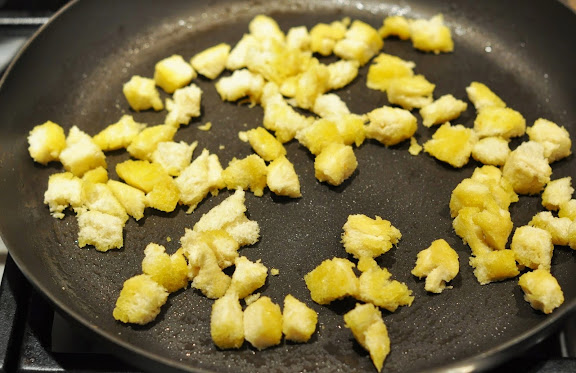 Heat the olive oil in a large skillet over medium heat, add the bread, stir to coat with the oil and saute until the bread cubes are lightly browned  on all sides — about 5-6 minutes. 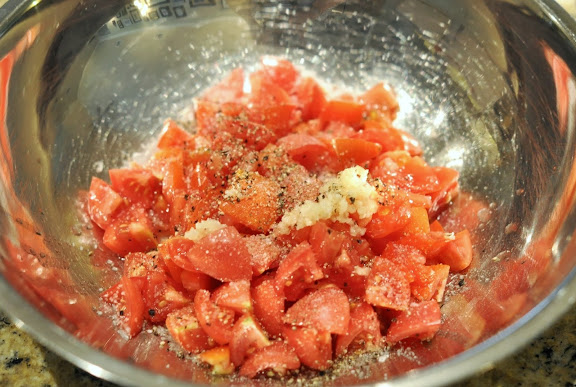 Combine the tomatoes with minced garlic, sugar, salt and pepper. 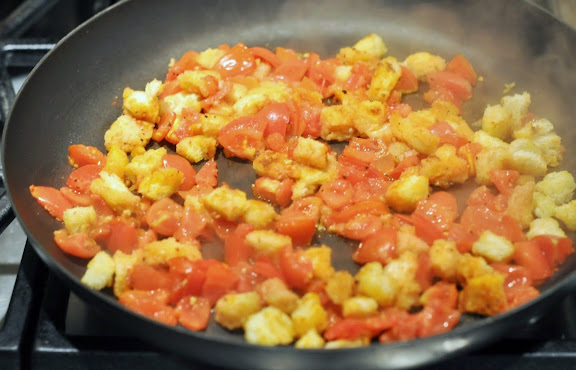 Add the tomato mixture to the bread in the skillet and cook, stirring often, until the tomatoes begin to soften — about 5 minutes.  (Here is where my skepticism began, as the beautifully golden brown bread also began to soften.)  Off the heat, stir in the basil (which further fueled my doubts, as it immediately started to wilt.) 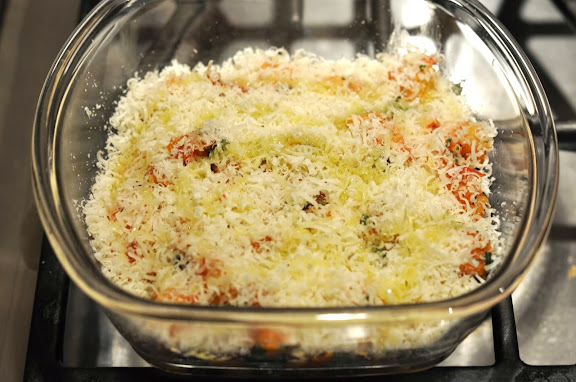 Spoon the tomato/bread mixture into a baking dish, top with grated Parmesan cheese, and drizzle with a bit of olive oil.  Bake in the oven preheated to 350 degrees until the cheese is browned and the tomatoes are bubbly.  (And if you’re me, cross your fingers that you haven’t just wasted a bunch of your homegrown tomatoes on some sort of weird, bread-pudding-soup disaster.) 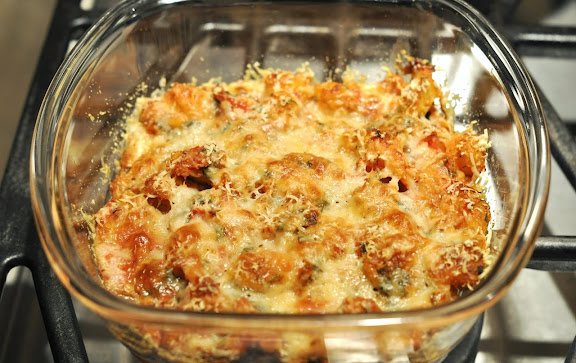 Success!  The browned cheese topping provided a nice bit of crunch (turn on the broiler for a minute or two at the end of the cooking time if the cheese is not browned to your liking); some of the bread pieces near the top also browned and added crunch; the tomatoes were sweet, soft but not mushy; and the garlic and basil added just the right Italian flavor.  My apologies, Ina, for doubting you even for a minute!