Food memories can be powerful, in terms of a certain dish conjuring thoughts of a place or event associated with that meal, and vice versa.  The strength of food memories is no surprise, given the fact that eating has the potential to engage all five senses:  taste and smell (obviously); sight (think of a dessert almost too pretty to eat); hearing (just try and resist the urge to watch a movie when you hear popcorn popping) and touch (ever been to a crawfish boil in the spring time?)  For Dan, there is a certain fish dish that will always make him think of the time he spent working at an old-school seafood restaurant called Poli’s in Pittsburgh, while attending law school.  One of the menu staples at Poli’s — and one of Dan’s favorite things to eat there — was “Boston Scrod,” a white fish (cod or haddock usually) prepared simply with breadcrumbs and butter.  While not particularly fond of his time waiting tables at Poli’s, he loved the Boston Scrod and recently found a recipe that is close enough to Poli’s version to conjure images of the unfriendly, elderly clientele who refused to leave a tip one penny over five percent.  The dish is ridiculously easy to prepare — melt some butter, add crushed Ritz crackers, top the fish with the butter mixture and bake for about 20 minutes — and is so buttery delicious that even I (a serial fish-avoider) loved it.  Although Poli’s shut down before Dan could make it back there for a nostalgic helping of Boston Scrod, now he can take the same trip down memory lane with this homemade version, without ever having to leave the house. 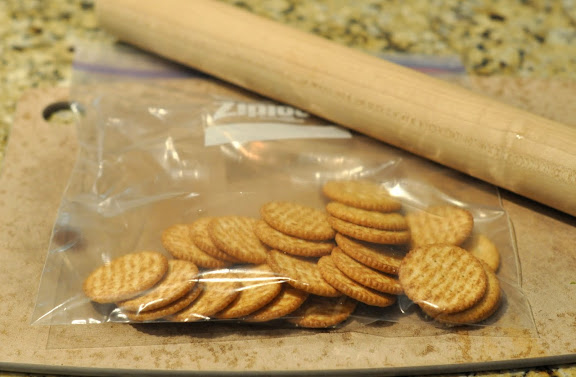 Start by placing about a sleeve worth of Ritz crackers (absolutely must use Ritz — no other crackers will do — although we used whole wheat Ritz crackers and didn’t notice any taste difference) in a sealable plastic bag and crush them using a rolling pin.  If you don’t have a rolling pin, turn a wine bottle on its side (somehow we always have one of those) and roll it over the crackers to crush them that way. 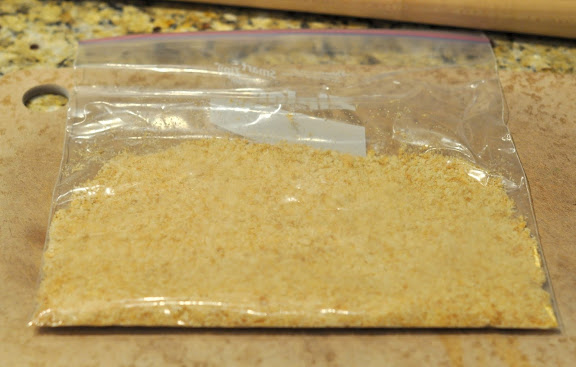 The crackers should be finely crushed, but not completely pulverized. 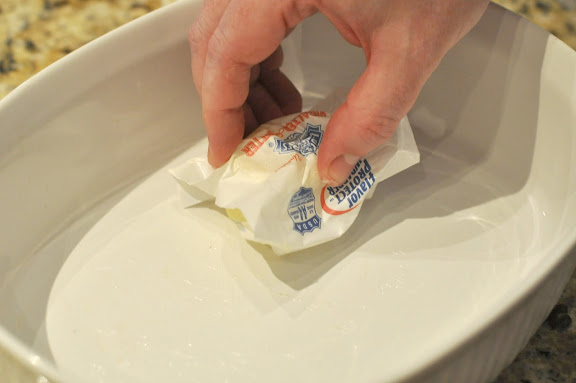 Grease a baking pan with a thin layer of butter. 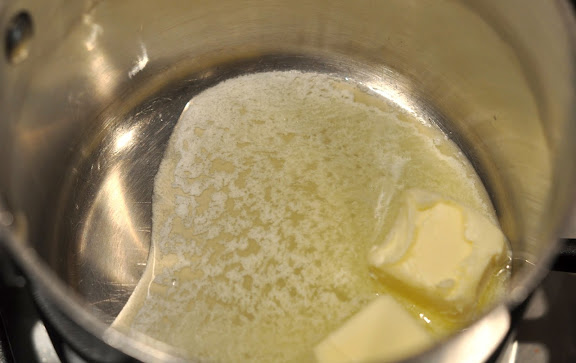 Melt about 4 tablespoons of butter in a small pan. 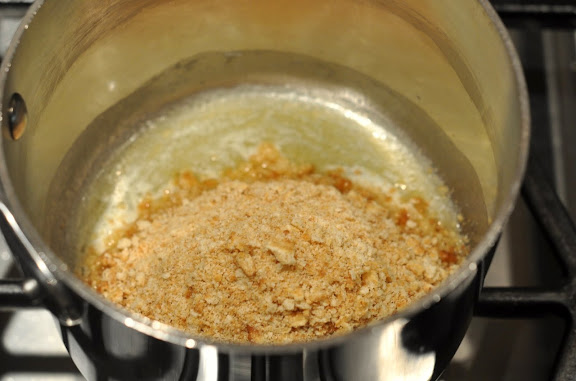 Off the heat, add the crushed crackers to the butter and mix them together. 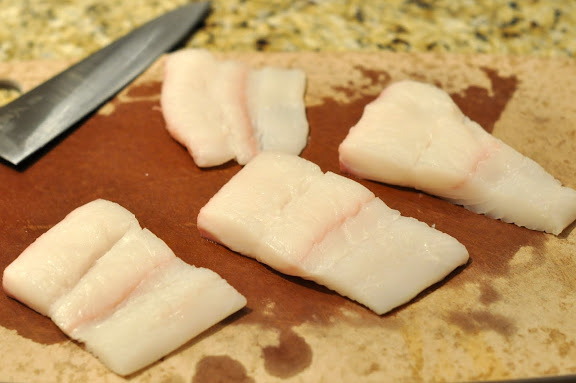 Cut the fish into several evenly-sized pieces and season them on both sides with salt and pepper.  On this night, we used a haddock fillet, since that’s what looked best at our local market.  We asked the guy at the seafood counter (what’s a better name for the equivalent of a butcher, when buying seafood?  “Fishmonger” sounds like an insult or something) to take off the skin for us, and thankfully it was a well-prepared fillet without any bones for us to remove.  In addition to haddock, other types of flaky white fish will also work well — including cod, red snapper and tilapia. 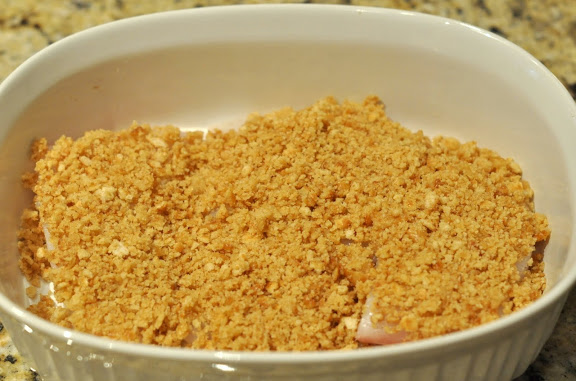 Place the fish in the greased baking dish and completely cover the fish with the butter/cracker mixture. 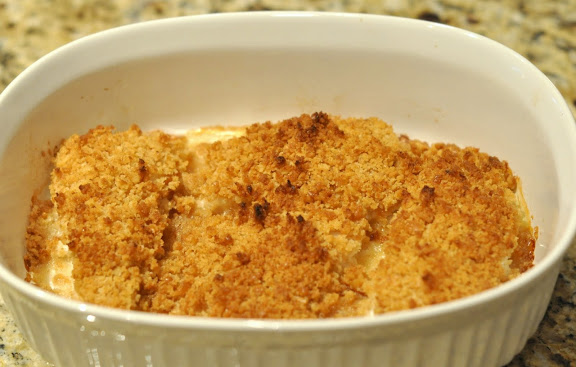 Bake the fish in the oven preheated to 350 degrees until the topping begins to brown and the fish flakes easily — about 20 minutes (or more or less time, depending on the thickness of the fish.) 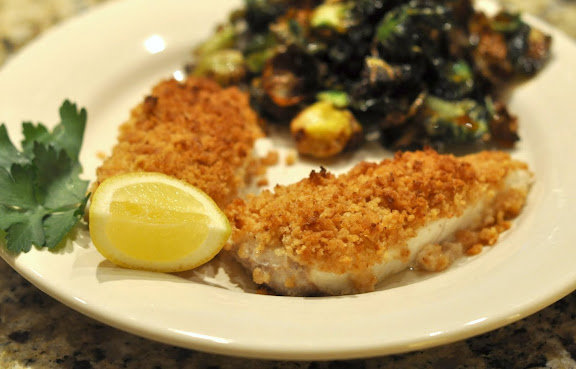 We served the fish garnished with lemon and parsley, accompanied by brussels sprouts and extra helpings of tales from the wait-staff trenches of Poli’s Seafood Restaurant.