Meh.  That about sums up both the burritos and the Steelers’ performance against the San Diego Chargers in this week’s Steeler Opponent-City Challenge.  Neither one was a winner, bringing the current S.O.C.C. record to:  Steelers 7-6; Foodie Lawyer 11-2.  And that is all we will say about the game (other than we are happy to see that Big Ben is back.)  As for the food, we chose carne asada burritos, based on our research showing that displaced San Diego-ites struggle to find authentic versions of this favorite in other cities.  (Fish tacos are also really popular in SoCal, but we already have a bitchin’ good recipe for those.)  The recipe needs some tweaking — we felt that each of the components (beef, guacamole and pico de gallo) with a good amount of lime juice as an ingredient, resulted in too much lime overall and somewhat of a one-note final dish (similar to the Steelers’ one-note offense as of late.)  We  liked the technique of cutting the beef into small pieces prior to cooking it, in order to get more sear on all sides of each piece.  But each burrito element needed less lime juice, in order to allow the other flavors to shine independently, while still working together to create a “there’s a lot goin’ on there” finished dish.  (Much like the Steelers need Big Ben’s arm and throwing expertise to combine with some receivers’ sticky fingers to win against Dallas next week.) 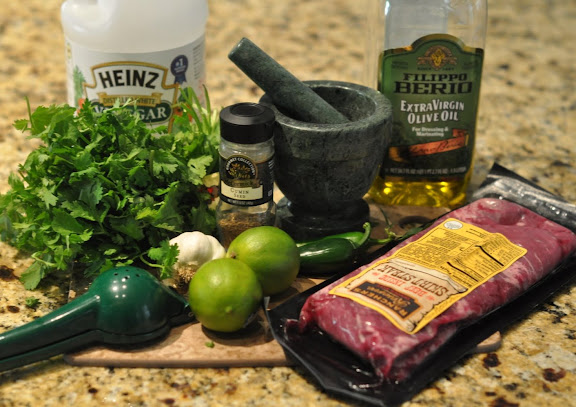 We (mostly) followed this carne asada recipe with simple ingredients for the marinade:  skirt steak (flank steak would also work); limes; garlic; jalapeno; cumin seed; cilantro; olive oil; white vinegar and salt & pepper.  The original recipe also called for sugar, but we left it out because we didn’t think it was necessary.  (Upon reflection, perhaps it was necessary to cut the citrus flavor a bit.) 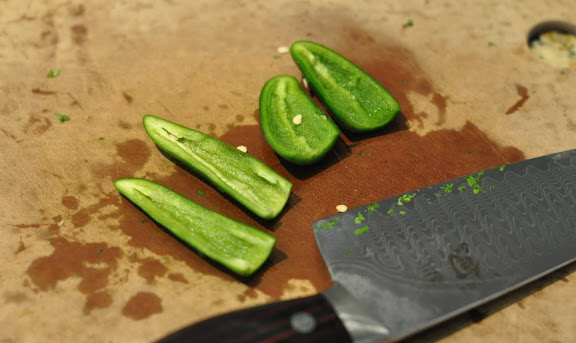 We seeded the jalapenos to make them a little less spicy. 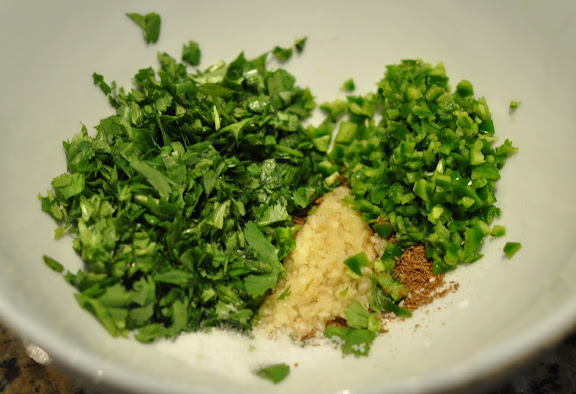 Combine the chopped jalapeno and cilantro (include some of the stems – they have a lot of flavor), along with minced garlic, freshly ground cumin seeds, sugar (if using it) and salt and pepper in a large bowl. 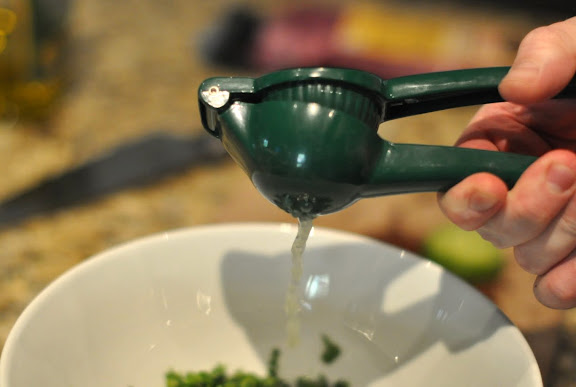 Add the lime juice.  This type of tool is handy if you need to juice more than 1 lime at a time. 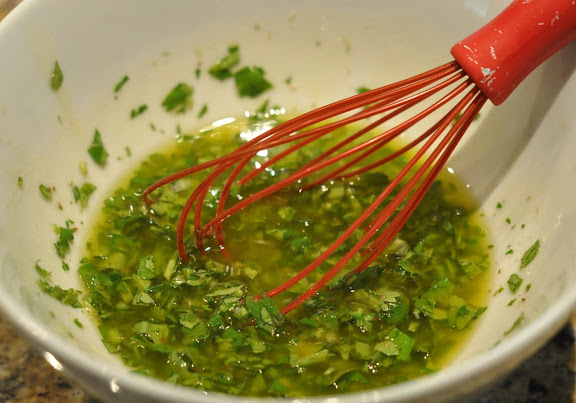 Add the vinegar and olive oil and whisk all the marinade ingredients together. 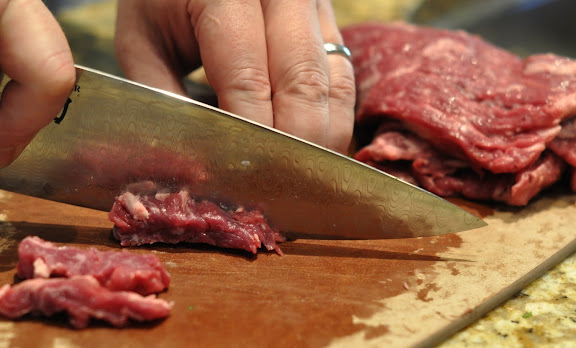 Cut the meat into small chunks.  If you freeze the raw meat for 30-45 minutes just before cutting, it will be a lot easier to slice.  You could skip this step and cook the meat whole (especially if you plan to grill it), but most of the carne asada burrito recipes we researched called for cutting the meat before marinating and cooking it. 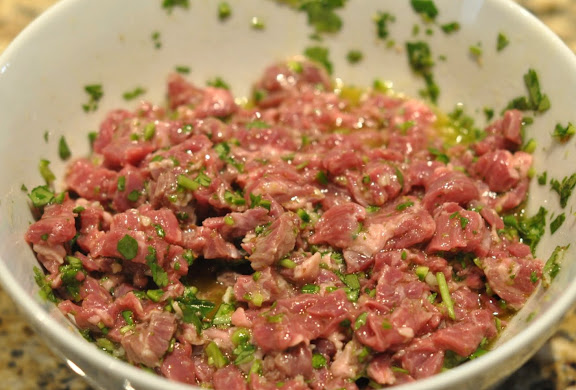 Place the meat in the marinade and toss it all together so the meat is well coated.  Cover the bowl and refrigerate the meat for 1-4 hours. 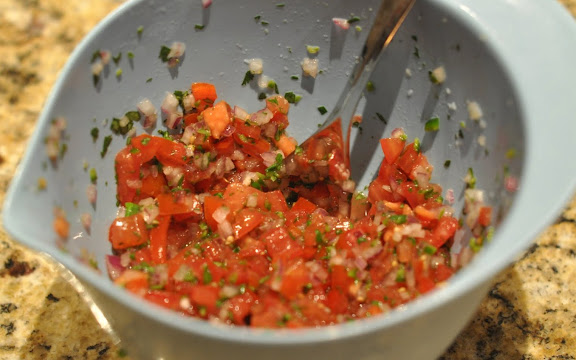 While the meat marinates, make the pico de gallo with tomatoes, red onion, serrano chile (or jalapeno), cilantro, olive oil, lime juice and salt.  Refrigerate the pico until you are ready to use it. 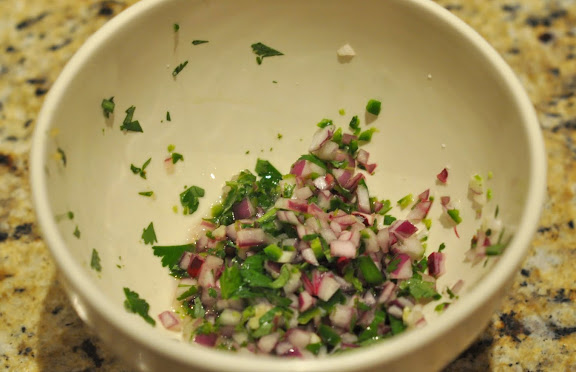 We made a pretty simple guacamole, since it goes in the burrito rather than acting as a side dish / dip.  Start by chopping a little bit of red onion, cilantro and jalapeno. 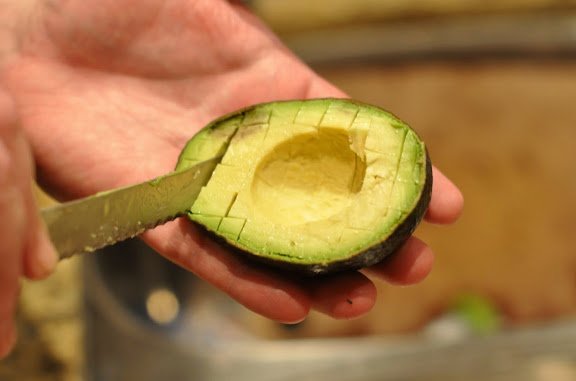 Wait to cut the avocado until just before you’re ready to build the burritos.  Cut the avocado in half, remove the pit, then cut the avocado meat in a grid pattern while still in the skin (cut lightly so you don’t cut through the skin, and into YOUR skin.) 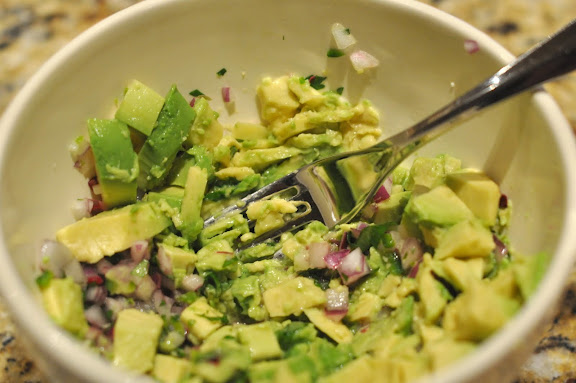 Scoop out the avocado pieces and add them to the chopped veggies.  Lightly mash the avocado and stir the ingredients together, keeping some of the avocado chunks intact. 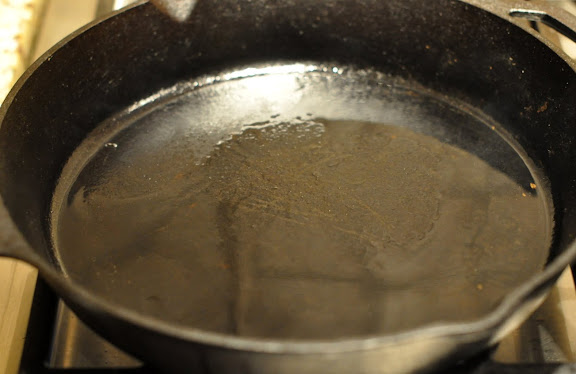 Heat a cast iron skillet over high heat, then add about a tablespoon of vegetable or canola oil and heat until shimmering. 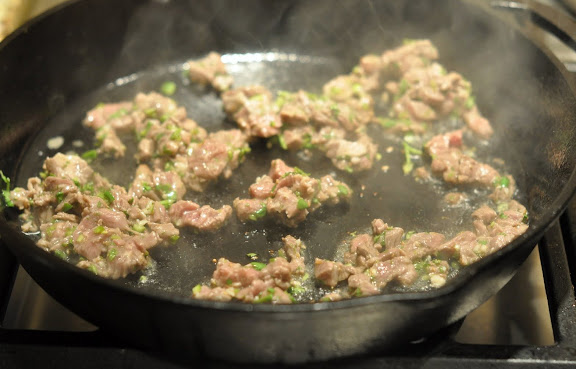 Add the meat (working in batches if necessary to avoid over-crowding the skillet) and cook, stirring often, until the meat is cooked through and well-browned on all sides — about 8-10 minutes. 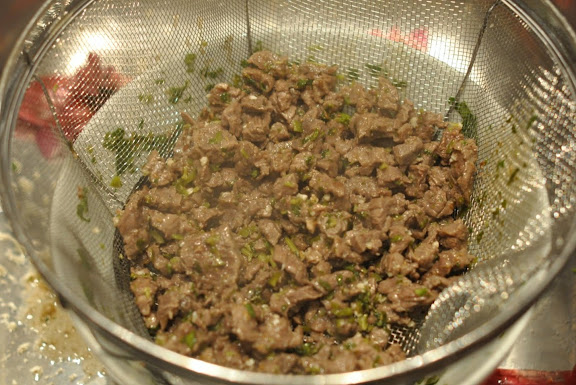 Cooking the beef this way resulted in a lot of pan juices, so we drained the cooked meat before building the burritos. 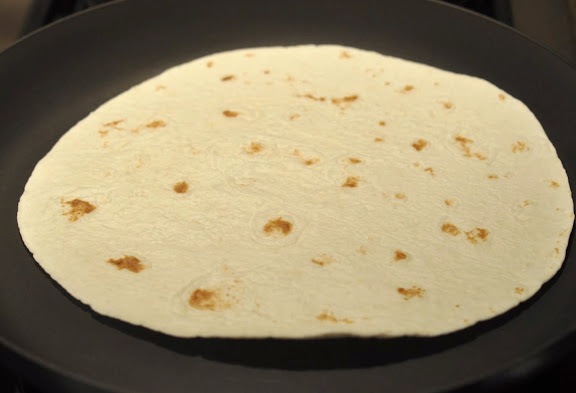 Lightly toasting the flour tortillas in hot skillet (no oil) adds another dimension of flavor. 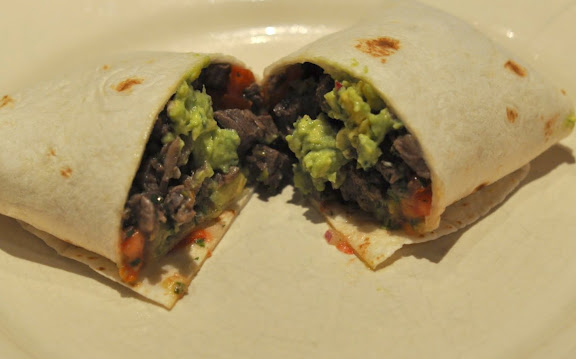 Build the burritos with the carne asada, pico and guacamole, then roll them up and serve.  We liked the burritos, but didn’t love them (too much lime!)  And we definitely didn’t love the Steelers versus Chargers outcome.  If we weren’t good sports, we might go all Ron Burgundy on that city (link not safe for work), but instead, we’ll just say “Stay Classy, San Diego.”  At least until we meet again next season.