We recently discovered how simple it can be to cook Greek food at home, and we’re always looking for good new recipes using shrimp.  Not only is this Greek recipe easy, but it’s also a delicious and healthy way to cook one of our favorite crustaceans.  The ingredients are items we usually have on hand:  shrimp, an onion, garlic, olive oil, red pepper flakes, ground cinnamon, ground allspice, a can of whole tomatoes and feta cheese.  If you like Greek flavors with a hint of spice, and you like shrimp and tomatoes, you will enjoy this savory dish. 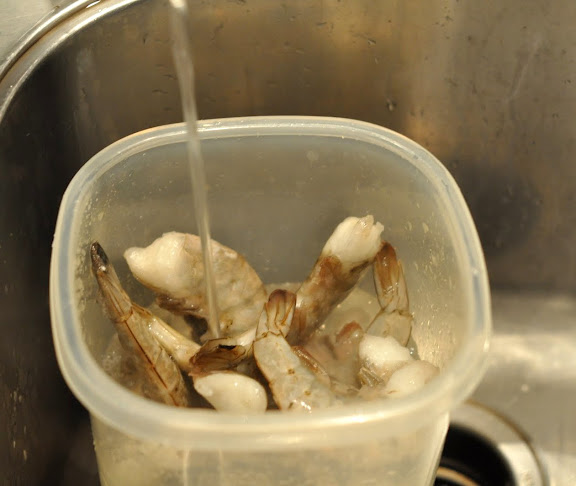 As we often do, we used frozen shrimp, thawed in cold water (look for the “tail-on” “EZ peel” variety — they are the easiest to thaw and quickly peel since they are already de-veined.) 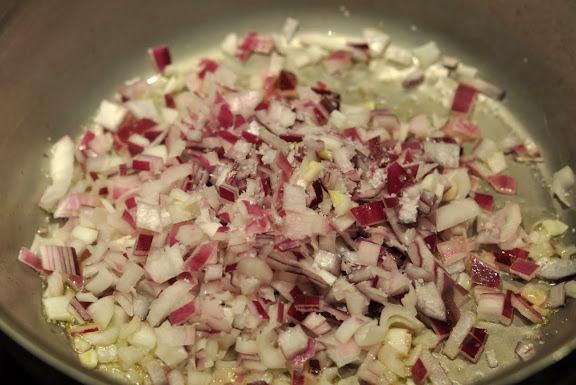 Chop up an onion and saute it with a dash of salt in about 2 tablespoons of olive oil heated over medium-high heat until the onion softens — about 5 minutes. 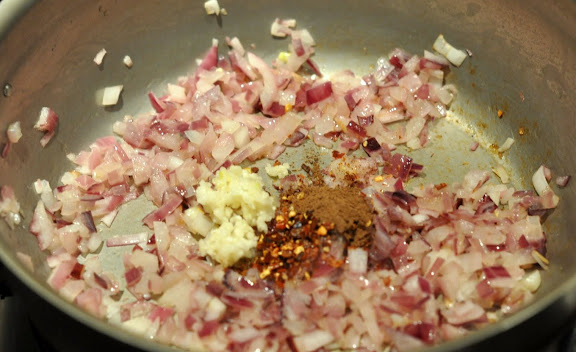 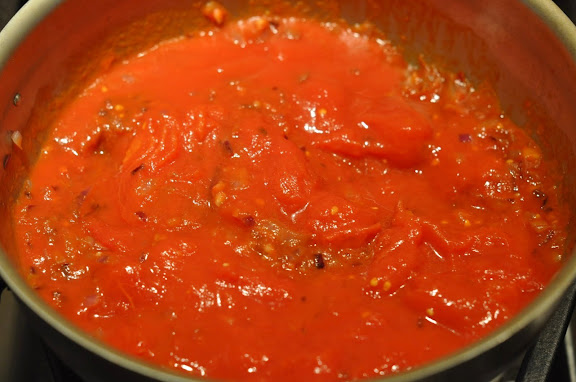 The original recipe calls for chopping the tomatoes, but we just added the whole tomatoes (with juices) to the pan with the onions and broke them up while they simmered and the sauce thickened — about 10 minutes.  We omitted the pinch of sugar from the original recipe, since we were using good quality tomatoes (San Marzano really are the best canned tomatoes around) that would provide enough sweetness on their own. 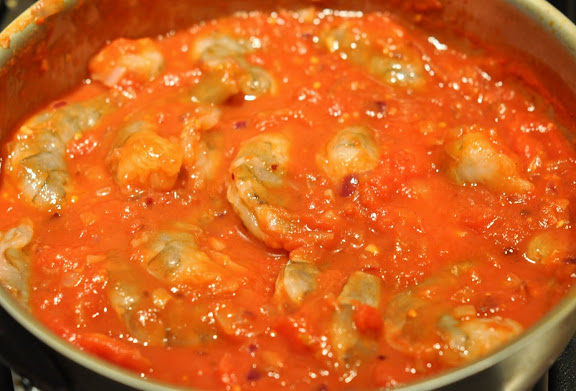 Season the shrimp with salt & pepper, remove the pan from the heat and stir the shrimp into the sauce. 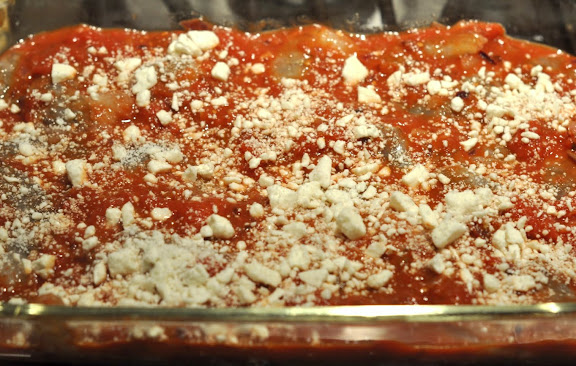 Transfer the shrimp and sauce to a shallow baking dish and sprinkle about 2/3 cup of crumbled feta cheese over the top. 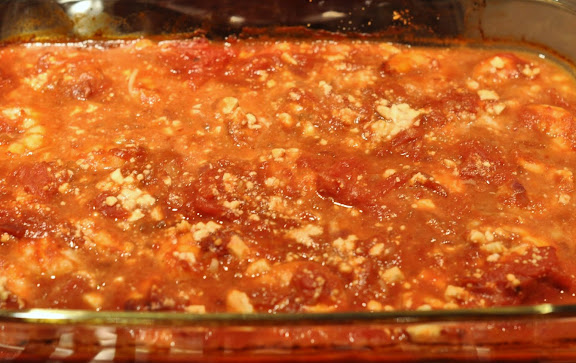 Bake the shrimp in the oven preheated to 375 degrees until the shrimp are cooked through and the sauce gets bubbly — about 18-20 minutes. 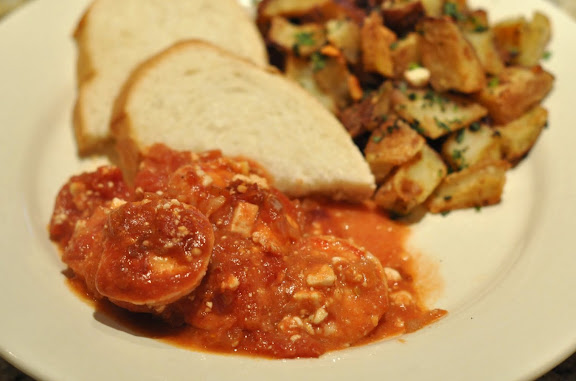 We served the shrimp with roasted potatoes and good bread for dipping in the yummy sauce.  The original recipe suggests garnishing the shrimp with chopped dill, but we didn’t have any at the time so we omitted it.  Since then, we’ve planted some fresh dill in our garden, so we’ll be better prepared next time.  A gardening tip we recently discovered from a local nursery — plant your herbs in cinder blocks placed beside your garden box — see below.  Frees up more room in the box for veggies, especially since some herbs tend to take over any and all available space (looking at you, Oregano and Sage.) 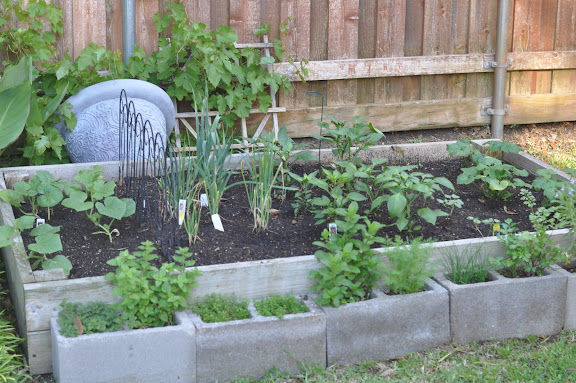