After all the turkey and trimmings from Thanksgiving, how about something light, healthy and simple to prepare?  This fish dish is all that, plus it has a nice smoky spice from the chipotle.  The recipe only calls for a few ingredients:  tilapia fillets, cilantro, canned chipotles in adobo, ground cumin, vegetable oil and salt & pepper.  The instructions could not be much easier — puree the ingredients for the sauce, spread the sauce over the fish, then broil the fish for less than 10 minutes. 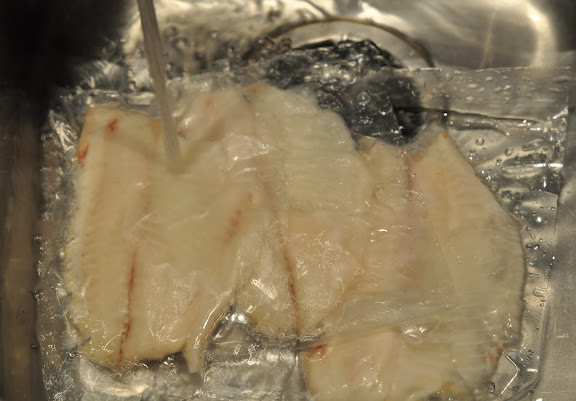 As we’ve mentioned previously, we almost always have a bag of tilapia fillets in our freezer.  Tilapia is a very mild fish, it’s relatively inexpensive, and the frozen fillets thaw in minutes and taste just as good as fresh tilapia.  (Well, probably not as good as freshly-caught and cooked immediately, but definitely as good as the “fresh” stuff in the grocery store, which FYI was probably frozen at one point in time.)  Just run some cold water over each side of the fillets for a minute or 2, then let them thaw out in the sink.  Depending on how we’re going to prepare the tilapia, Dan usually cuts them in half after they have thawed and removes the thin brown piece from the middle (which can have a little bit of a fishy taste.)  Once the fillets have thawed, remove them from their packaging and pat them dry with paper towels. 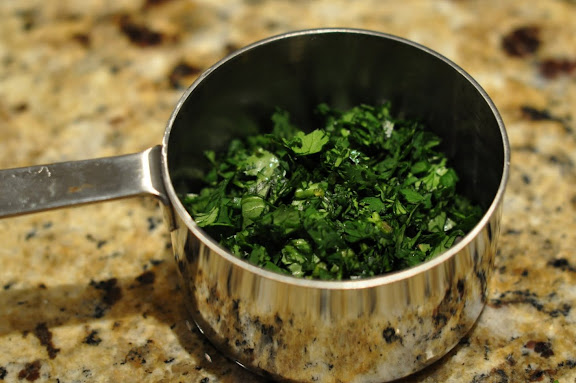 Chop up the cilantro. 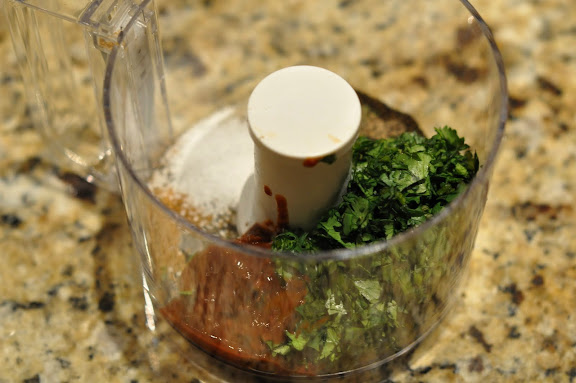 Add the cilantro, a chipotle chile (or 2, if you like it spicy) with a little of the adobo sauce, vegetable oil, the cumin, salt & pepper and a little water to a blender or small food processor. 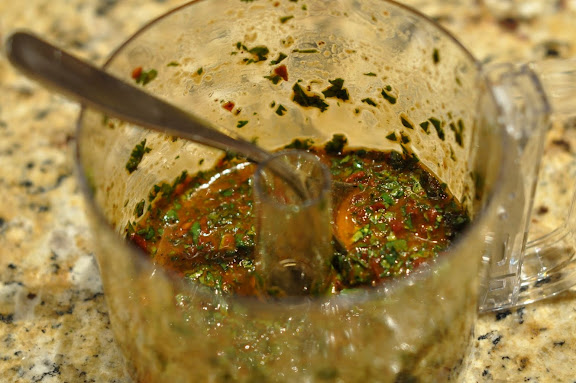 Mix it all together until smooth.  (Using a blender would probably result in a smoother sauce with smaller bits of cilantro, but our little food processor did the job just fine.) 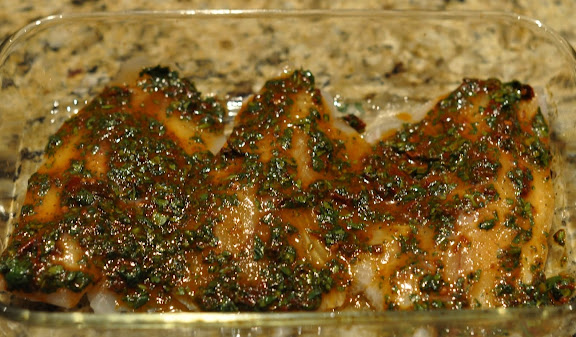 Place the tilapia in a glass baking dish or foil-lined broiler pan, then coat each fillet with the sauce. 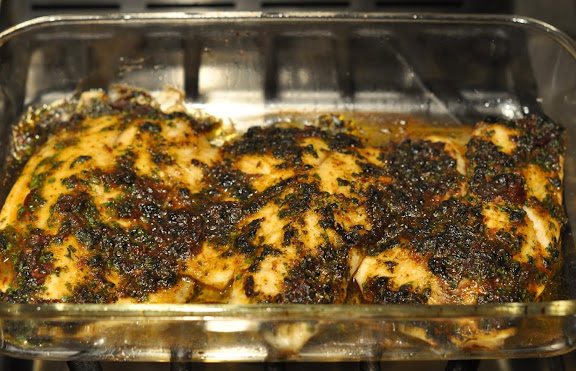 Place the dish or pan 3-4 inches from the broiler and broil until the fish is cooked through — about 8-10 minutes.  (Make sure that the fish is cooked all the way through by cutting into the thickest part of a fillet to see if it looks opaque and flaky.) 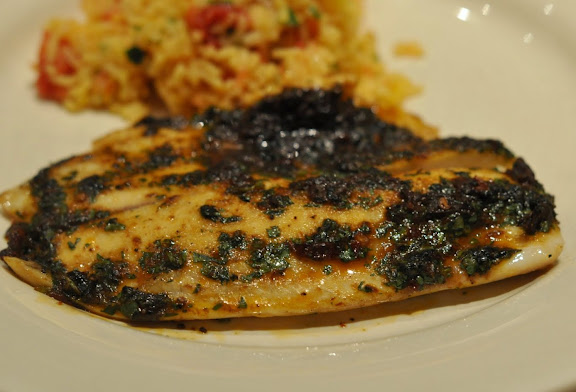 We served the tilapia with a tomato rice pilaf.  Not very pretty on the plate (and would it have killed us to serve a green vegetable?), but tasty on the palate, light on the calories and fat, and easy on the holiday stress level.