Cooking pork tenderloin usually yields enough pork for two main dishes in one week, especially when you cook two tenderloins, which is how tenderloin is typically packaged.  If you don’t want to cook both tenderloins, you can always separate them and freeze one for later.  We found this grilled pork tenderloin recipe in Weber’s Big Book of Grilling, one of our favorite grilling cookbooks.  We thought it would taste good on its own, and would be good as leftovers incorporated into a different dish later in the week.  This recipe takes a little extra time because the pork requires a marinade, a rub and a pico de gallo topping.  But the end result is worth your while.  According to Weber, “after one bite you’ll know how we came up with the name for this recipe.” 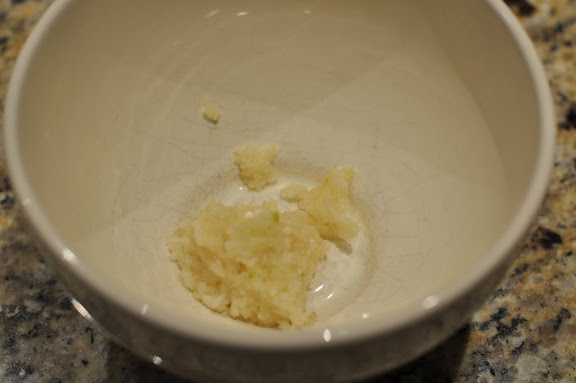 To make the marinade, start with about 1 tablespoon of minced garlic. 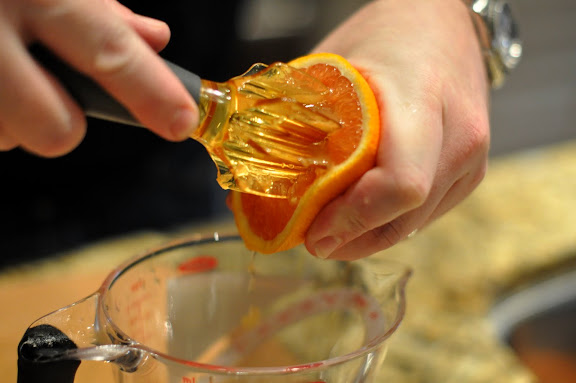 Add 1/3 of a cup of fresh orange juice (1 medium orange should do it.) 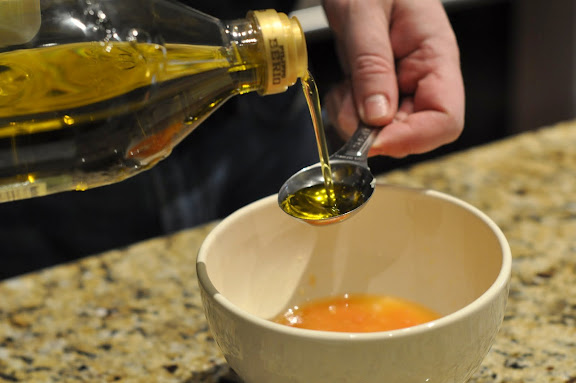 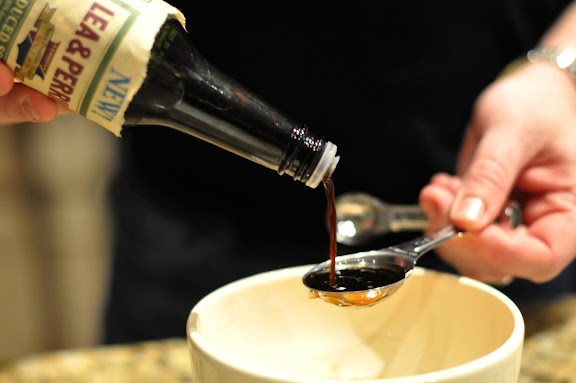 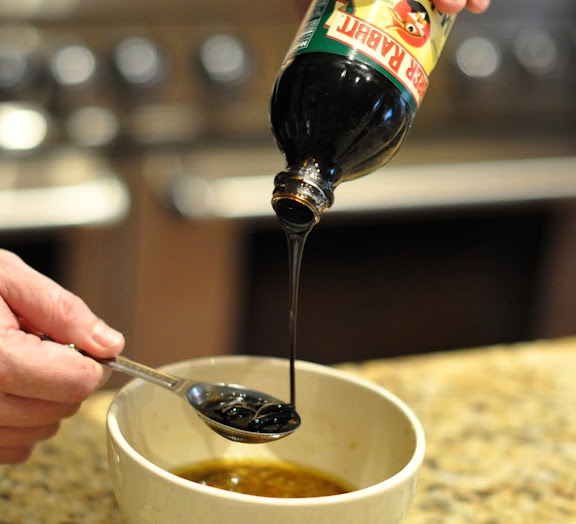 And 1 tablespoon molasses.  (Kitchen note — we don’t use molasses very often, but we keep a bottle of it in our fridge.  It seems to last forever.  I don’t remember when we bought ours, and the expiration date is 1/23/12.) 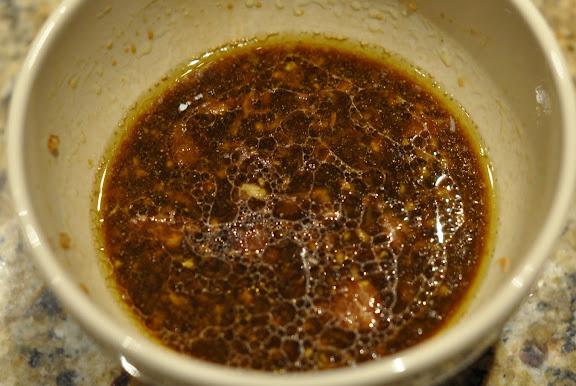 Whisk all the marinade ingredients together. 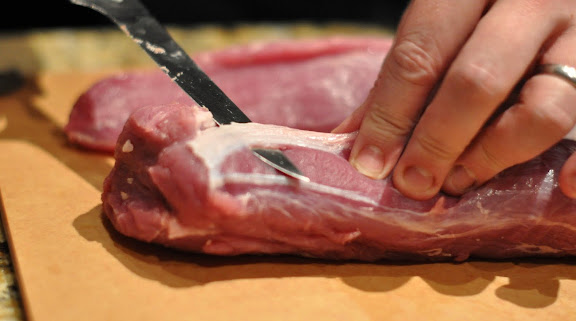 Trim off any excess fat from the pork. 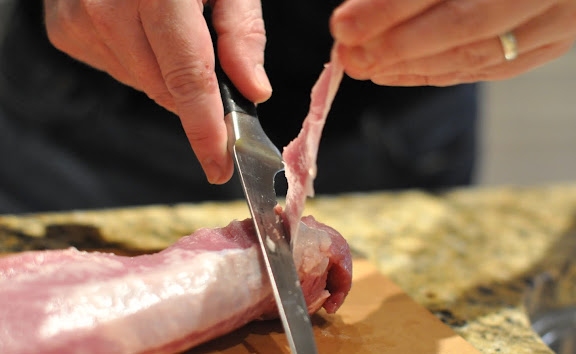 Dan typically uses a boning knife to slide under the fat to loosen it, then cut it off at the end. 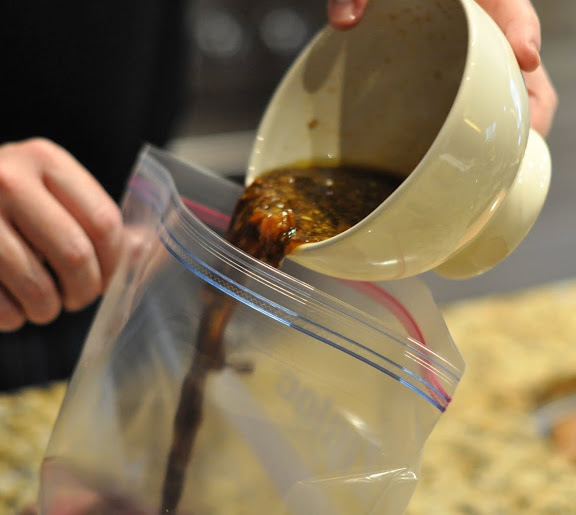 Put the tenderloins in a resealable bag and pour in the marinade. 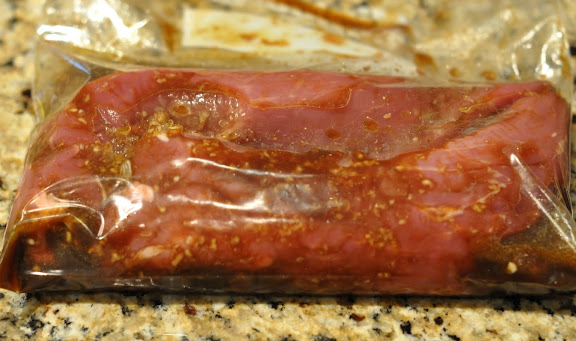 Distribute the marinade over all sides of the pork in the bag, and refridgerate for 1-2 hours. 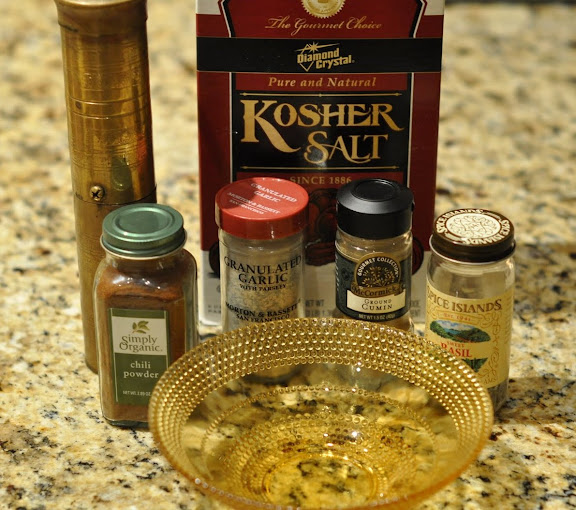 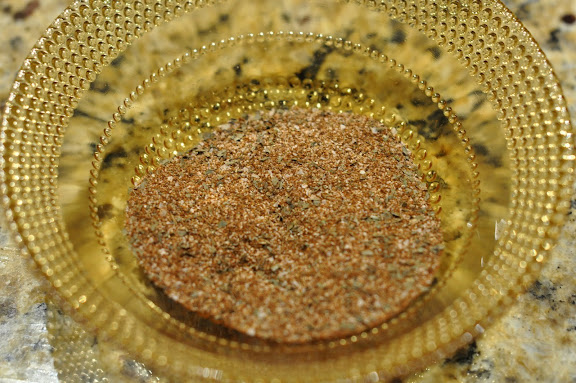 Combine all the rub ingredients in a small bowl. 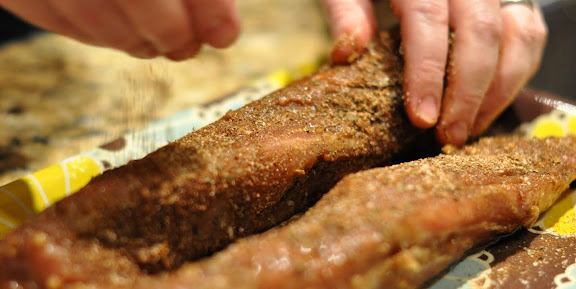 Remove the tenderloins from the bag and discard the marinade.  Coat each tenderloin evenly with the rub. 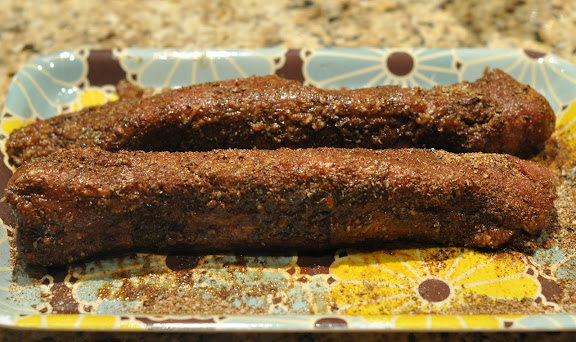 Allow the tenderloins to rest at room temperature for 20 to 30 minutes before grilling.  Dan tells me that you never want to put cold meat directly onto the grill, or it won’t cook evenly (if the middle is cold, it will take longer to cook than the outer edges.)

Sear each tenderloin for about 8 minutes over direct medium-high heat, rotating so that all sides sear evenly.  Then grill over indirect medium-high heat until the internal temperature reaches 145 degrees, about 15-20 minutes.  (It’s really difficult to get a good photo of grilling in the dark.) 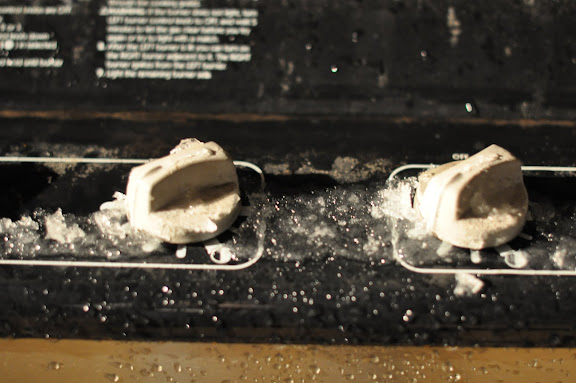 Dan was a trooper for grilling on this night.  We got about 1.5 to 2 inches of snow that day (we know, we know — chump winter to those of you on the East Coast, but a rare treat here in Texas), and it was cold enough that there was ice on the grill. 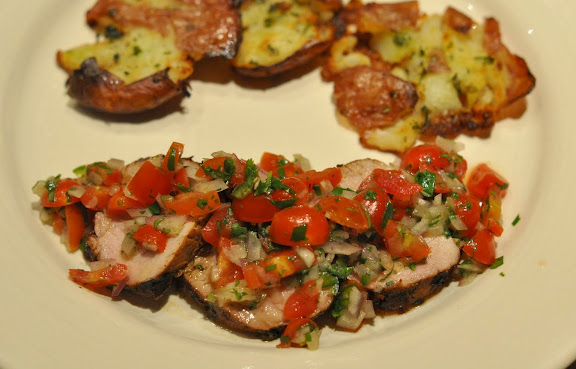 Garnish the pork with pico de gallo.  We served ours with Crushed Potatoes.

The recipe for the pico will be in a separate post.  We use it for a lot of other meals — not just this pork dish — and we wanted to make it easier to find without scrolling through this entire post.