Whether we like it or not, winter is coming. (Hint: We don’t like it much.) Given the ghoulish Halloween weather featuring snow and sleet blowing sideways in howling, gale-force winds last week, one might argue that winter has already arrived. As we drag the heavy coats out of the closet and dust off the scarves and hats, we feel more prepared to face the long winter months ahead with this comforting soup in our repertoire. The happy trio of chicken, lemon and dill transforms a simple soup into a special dish that conjures thoughts of sunshine to help brighten the dreaded coming days when the sun sets by 4:30 p.m. We adapted the original recipe by adding a few more veggies — an extra leek, a carrot and some spinach — to make the soup as nutritious as it is delicious. Bring it on, Winter. 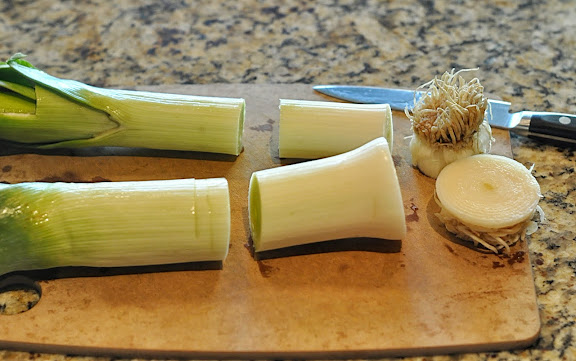 Prepare the leeks by cutting off the ends with the roots, then cut the white/light green part away from the dark green ends. If the leek feels a little tough when you cut into it, cut closer to the white part. 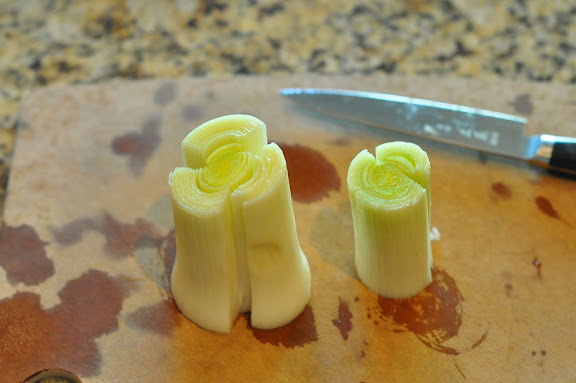 Make a few slits in the sides of the leeks to open up the layers so you can rinse them to wash out any dirt or grit. 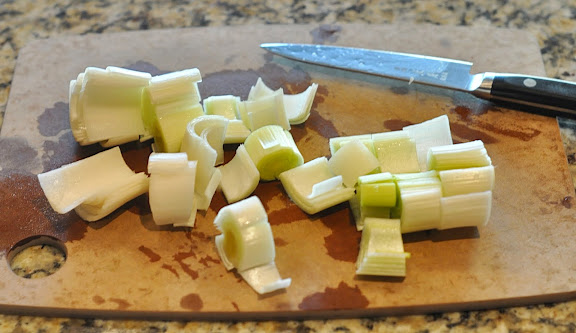 Cut the leeks into 1 inch(ish) pieces. 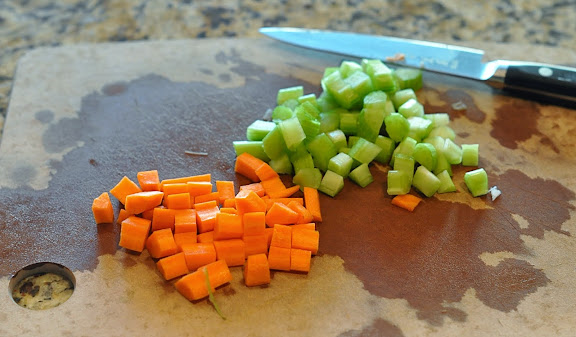 Chop a carrot and a stalk of celery. 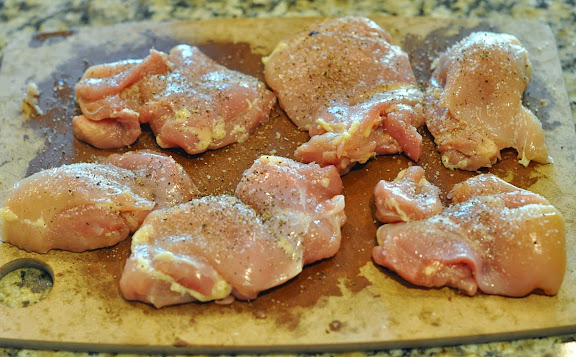 Trim the excess fat off the boneless, skinless chicken thighs and season them on both sides with salt and pepper. (You can also make this soup with leftover cooked chicken, cut into small pieces and added during the final few minutes of the cooking process.) 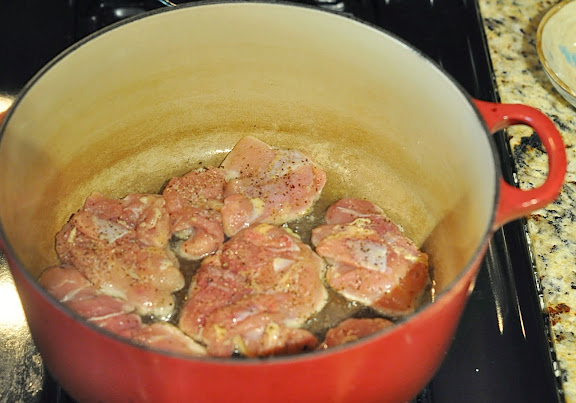 Heat a tablespoon of vegetable or canola oil in a Dutch oven (or other heavy-bottomed pot) over medium-high heat, add the chicken and brown it on both sides. 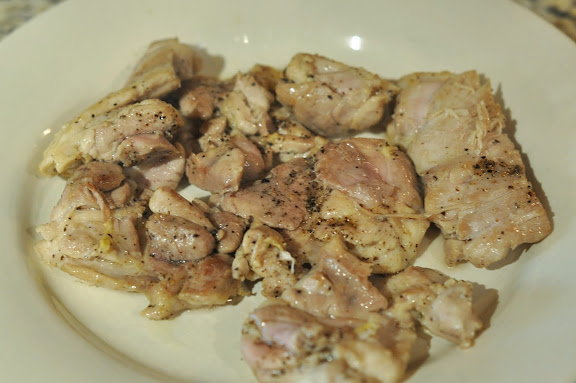 Remove the browned chicken to a plate and set aside. 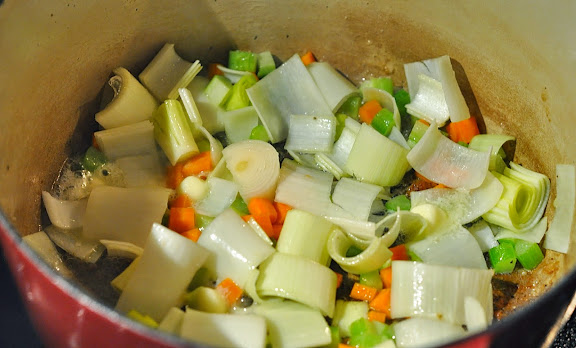 Depending on how much fat is rendered from the chicken, you may need to add a little more oil to the pot for cooking the vegetables. We added a tablespoon of butter because leeks love butter (as do we). Saute the leeks, carrot and celery until they soften — about 6-8 minutes. 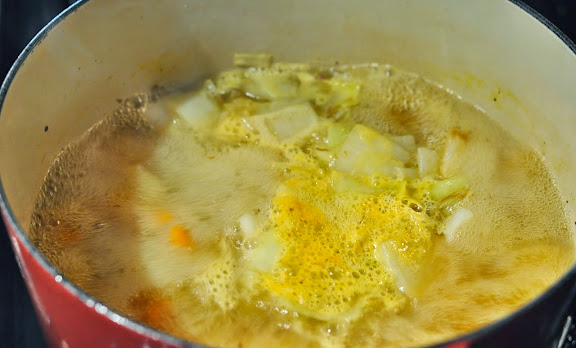 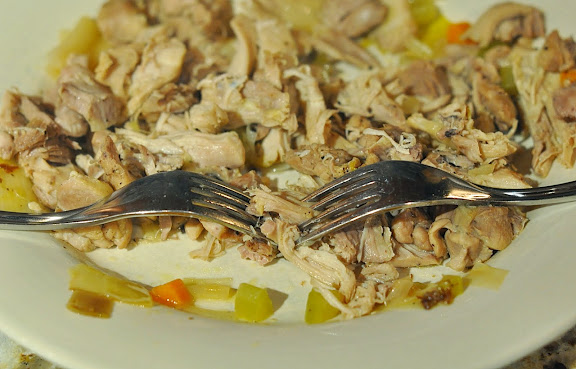 Remove the chicken to a plate and let it cool a bit, then use forks to shred the chicken into small pieces. 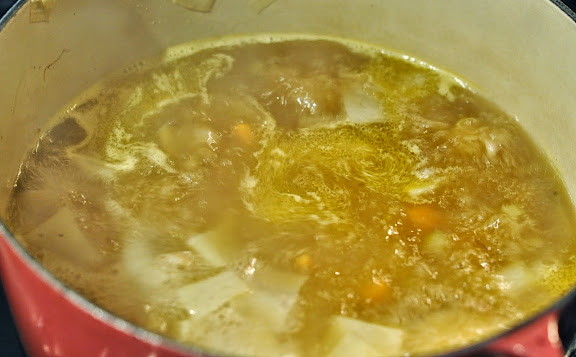 Add 1-2 cups of water to the broth (depending on how much it has cooked down and how soupy you prefer your soup), then bring it to a boil. 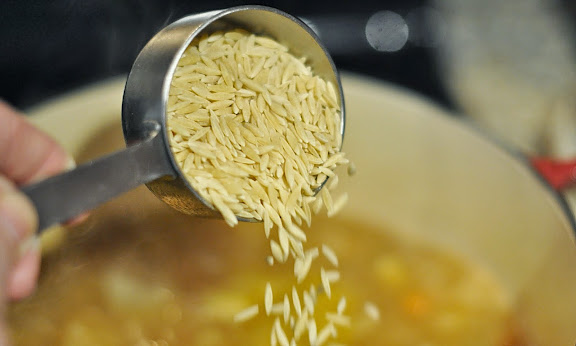 Add the orzo to the broth and cook until al dente — about 8-10 minutes. 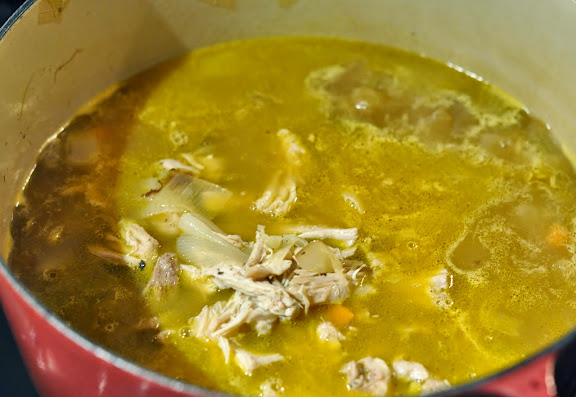 Return the shredded chicken to the pot. 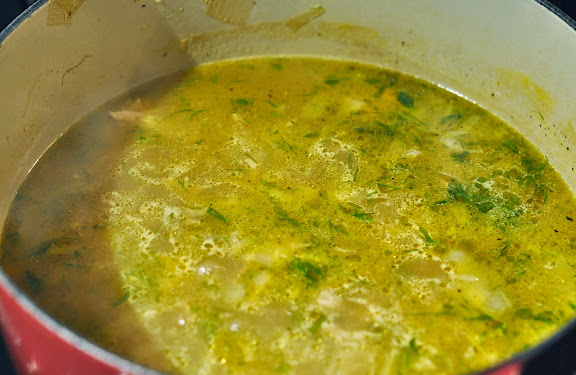 Add the dill and lemon juice, taste, and season with salt and pepper as needed. 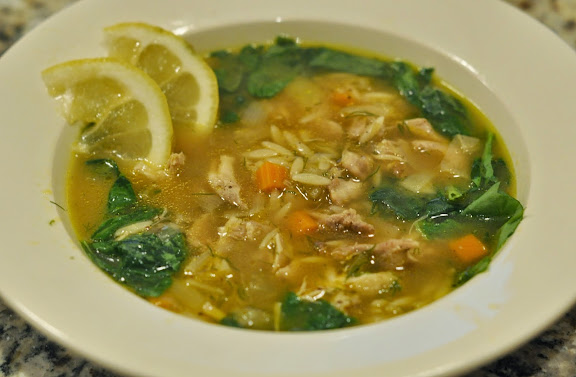 Place a handful of spinach in a bowl, then ladle the soup on top and give the spinach a minute or two to wilt before serving, garnished with lemon wedges. This soup is so good, it almost makes us look forward to winter! (Feel free to taunt me with that ridiculous statement in March, when we’ve made and consumed so many gallons of lemony chicken soup that we’re sick of it, and it’s still below freezing with snow on the ground here in Chicagoland.)