My mom found this recipe in her local newspaper and shared it with us.  It’s one that she has been cooking for her and my dad for many years, from the version that she cut out of the paper.  Although we found the recipe online, I love that she also scanned her newspaper version into an email and sent it to me as well, just to make sure the versions were the same (they are), particularly because the print version includes her notes (an underlined notation of “good” and a reminder to use brown rice instead of white.)  The dishes we post here are ones we consider “keepers,” in that we will definitely make them again.  With its cooked-all-day, but ready-in-less-than-an-hour flavor, this healthy and hearty stew is no exception.  Because we use this blog as a virtual recipe box to preserve and catalogue our “keeper” recipes, we usually throw away printed recipes once we’ve written them up here.  But sometimes it’s nice to hang on to a physical piece of paper with a recipe printed in old-school newspaper format, especially when it has your mom’s handwriting on it. 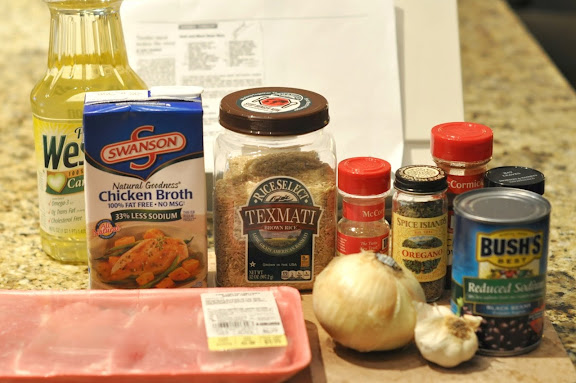 The ingredients include a pound of boneless pork (loin, loin chops or tenderloin), an onion, 3 garlic cloves, 2 tablespoons chili powder, 1 teaspoon dried oregano, a dash of red pepper flakes, salt & pepper, olive oil, a can of black beans, a cup of chicken broth and chopped cilantro for garnish.  The original recipe calls for serving the stew over long-grain rice cooked per package directions in water with a bay leaf.  We followed my mom’s suggestion and used brown rice instead. 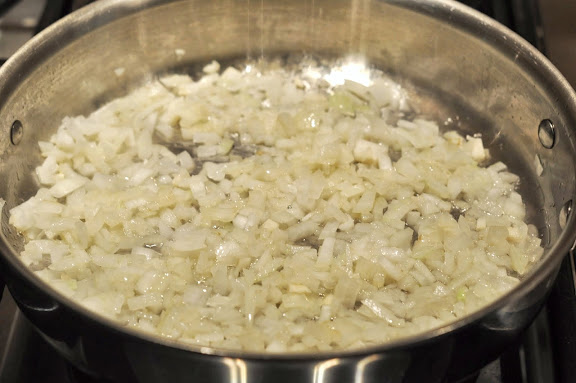 Although the original recipe calls for mixing the onion, spices and pork together and cooking them all at the same time, we went off-recipe and browned them in stages, starting with the chopped onion.  Heat the oil (we used canola oil) over medium-high heat and cook the onions with a dash of salt until they soften — about 6-8 minutes. 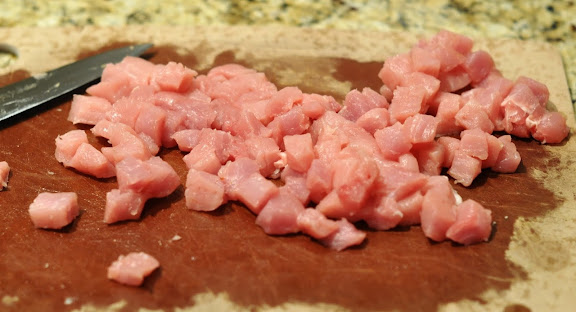 While the onion cooks, cut the pork into 1/2 inch to 1 inch cubes.  We used thin-cut boneless loin chops, which were easy to cut.  Putting the pork in the freezer for about 15 minutes will make it even easier to cut. 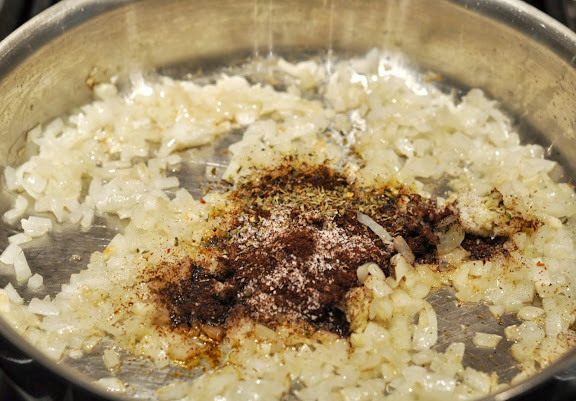 Add the minced garlic, chili powder, oregano, salt and red pepper flakes to the onions and cook until fragrant — about 30 seconds. 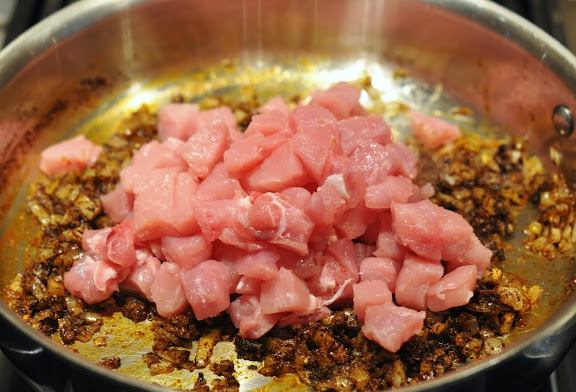 Add the pork to the onion/spice mixture and cook, stirring occasionally, until the meat is browned — about 6-8 minutes. 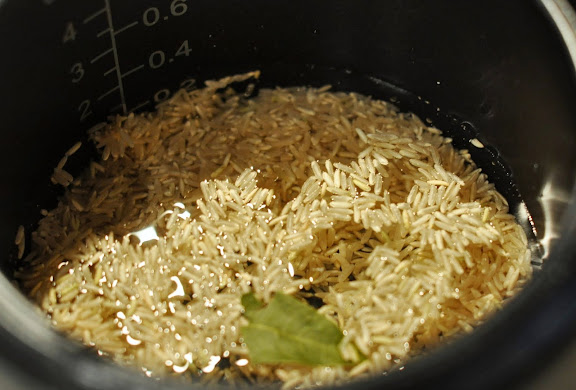 While the onions and pork are cooking, make the rice.  We cooked ours according to our rice-cooker directions and added a bay leaf, per the original recipe. 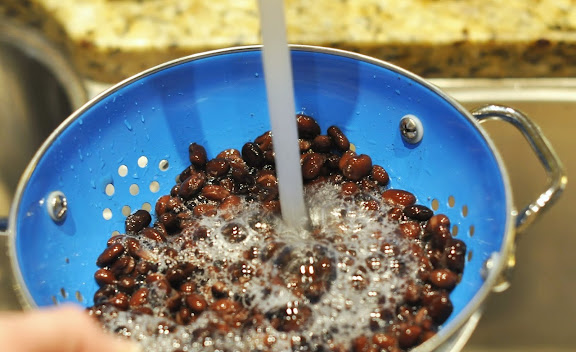 Don’t forget to rinse and drain the black beans. 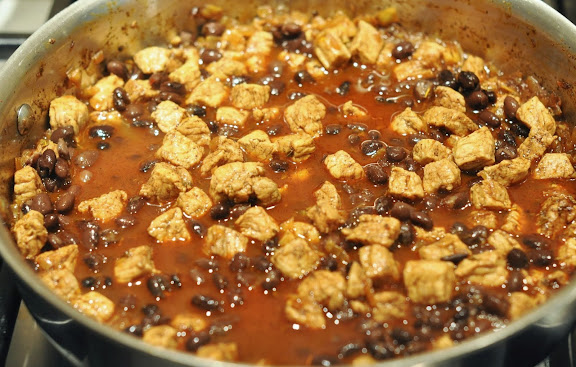 Add the beans and chicken broth to the pork mixture and bring to a boil.  The original recipe says to cover the pot, bring to a boil, then remove the pot from the heat and stir in the cilantro.  We allowed the stew to simmer, uncovered, for about 5 minutes, in order to heat the beans thoroughly and reduce some of the liquid. 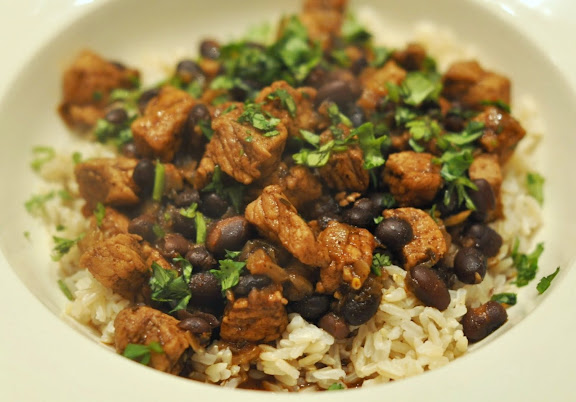 Garnish with chopped cilantro and serve over rice.  We love the combination of spicy pork, mild black beans, nutty brown rice and fresh cilantro in this quick and easy meal.  “Good” indeed.  Thanks Mom!