We appreciate the efficiency of a meal that incorporates the basics — protein, starch and vegetable — all in one pot.  Kind of like a soup or stew, but more substantial.  We adapted this recipe from one found in a Cook’s Illustrated publication:  “30-Minute Suppers.”   (We have the Fall 2011 issue, which does not appear to be available online just yet.)  The pork has lots of flavor from cooking in the honey and sesame sauce and would be good enough on its own.  But adding rich broth, ramen noodles and wilted spinach turns the pork into a full and delicious meal. 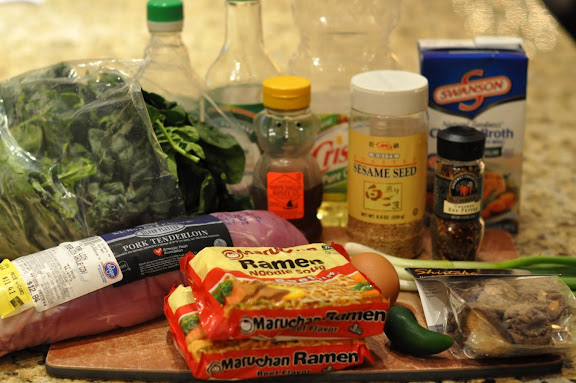 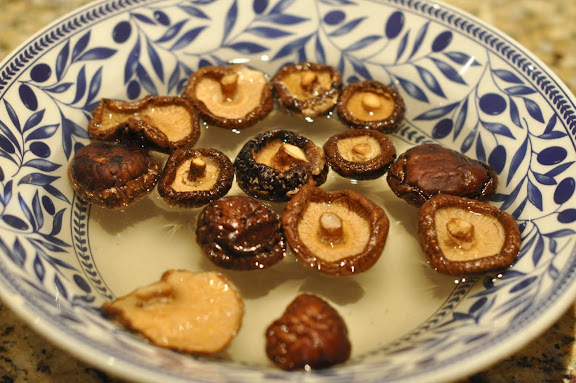 We happened to have some dried shiitake mushrooms, which are really easy to reconstitute prior to use.  Place the dried mushrooms in a bowl, cover them with warm water and let them sit for about 30 minutes. 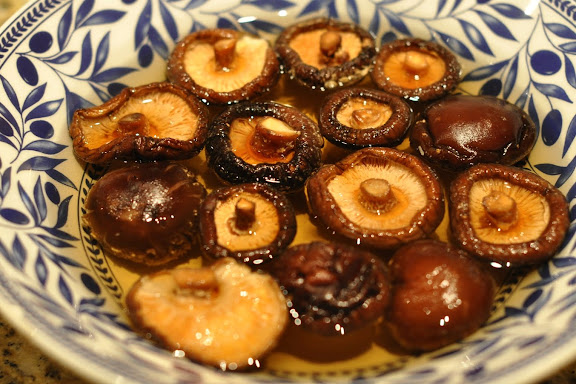 The mushrooms will expand quite a bit, so make sure your bowl is big enough. 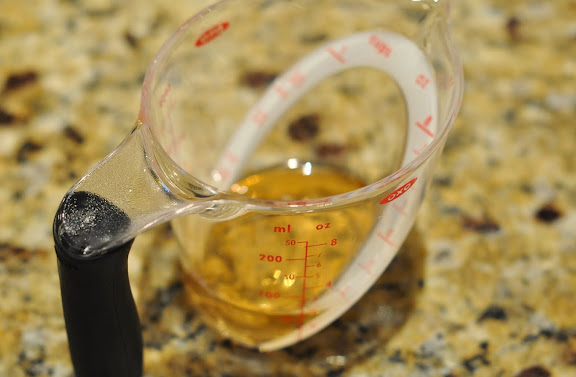 Drain and rinse the mushrooms and they are ready for use.  You may want to reserve a bit of the mushroom water to use in the broth. 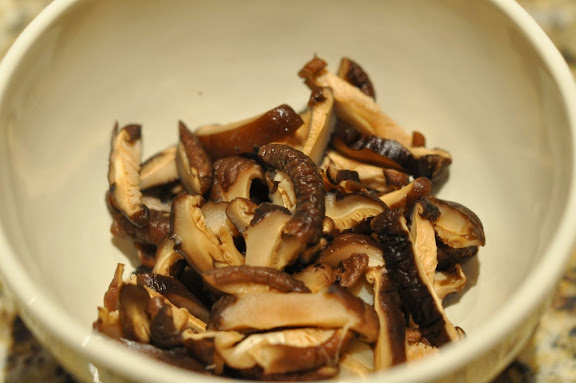 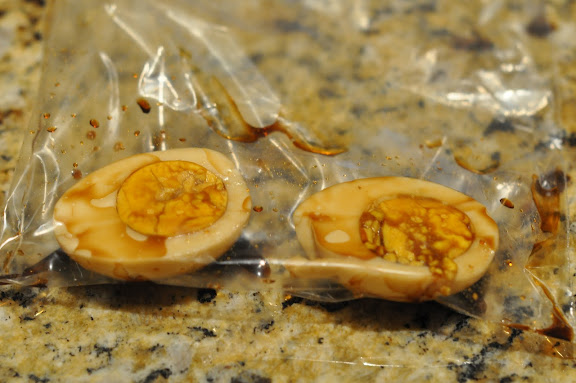 The original recipe calls for a hard-boiled egg or two, marinated for about 30 minutes in soy sauce.  We like the salty flavor and added texture in the final dish, but if you don’t prefer hard-boiled eggs, omit this step. 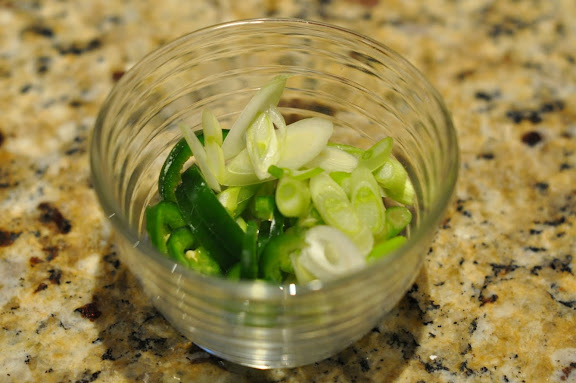 Slice the jalapeno into thin rings and cut the white and green parts of the scallions into small, diagonal pieces.  Reserve the green parts to add at the end of the cooking process. 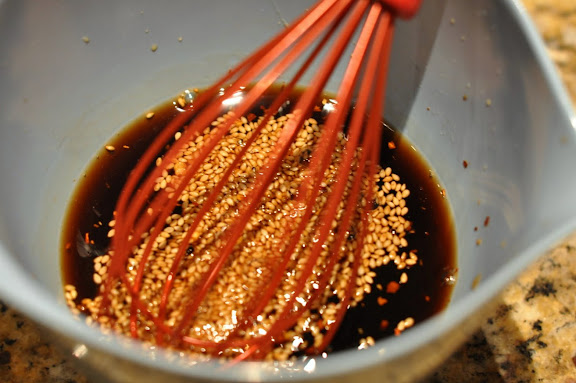 Combine a little water with the sesame oil, rice vinegar, honey, soy sauce, 2 teaspoons of the sesame seeds and red pepper flakes and whisk all the ingredients together. 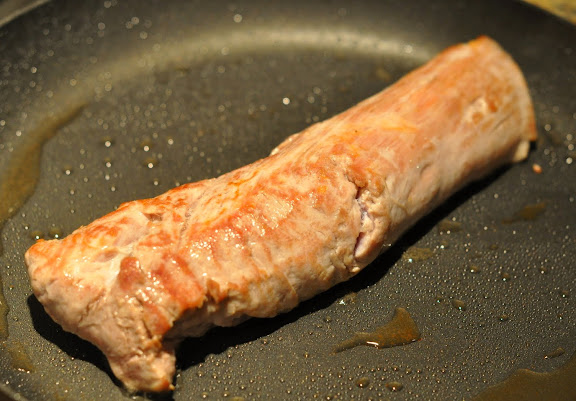 Heat the oil in a large nonstick skillet over medium-high heat, then add the tenderloin (trimmed of visible fat and patted dry) and cook until browned on all sides — about 5-7 minutes. 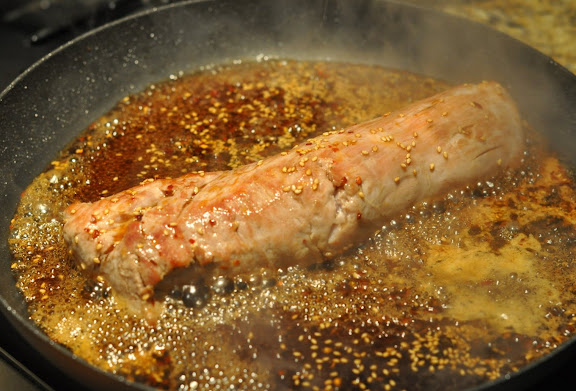 Reduce the heat to medium, add the honey/sesame sauce to the skillet and cook, turning the pork frequently, until the internal temperature of the pork reaches 140 degrees — about 10 minutes. 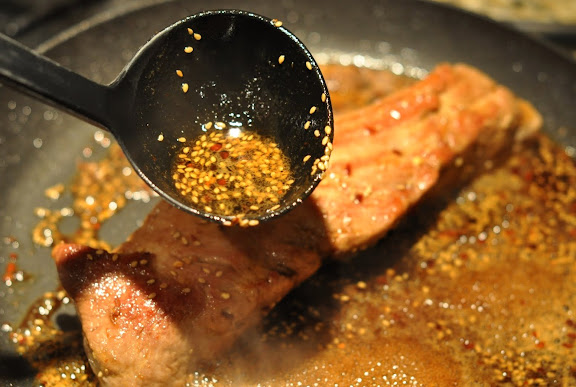 Baste the pork with the sauce while it cooks to add even more flavor. 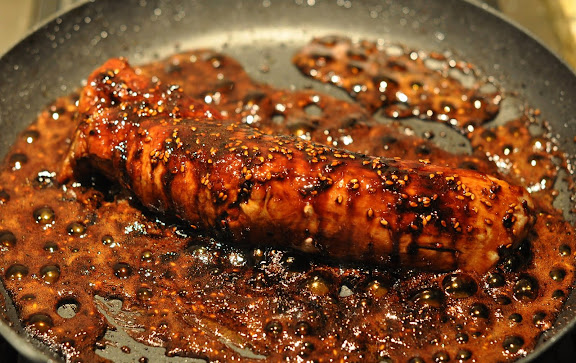 When the pork is done, remove it to a cutting board, tent with foil and allow to rest for about 5 minutes before slicing it into thin, bite-sized pieces.  Sprinkle the sliced pork with the remaining sesame seeds.  (We only ended up using about two-thirds of the tenderloin for this dish, and had enough left over for Banh Mi sandwiches later in the week.) 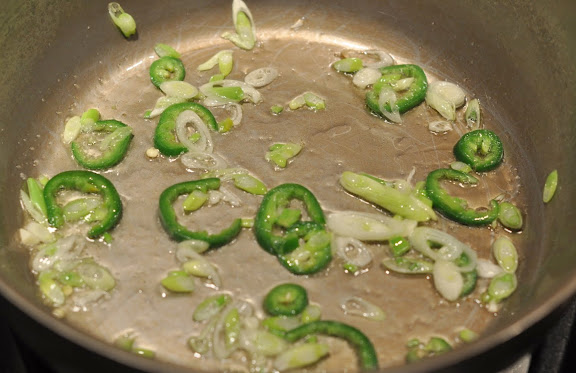 In a deep saucepan or Dutch oven, heat about a teaspoon of oil over medium-high heat, then saute the jalapeno and the white parts of the green onion until soft — about 3-4 minutes. 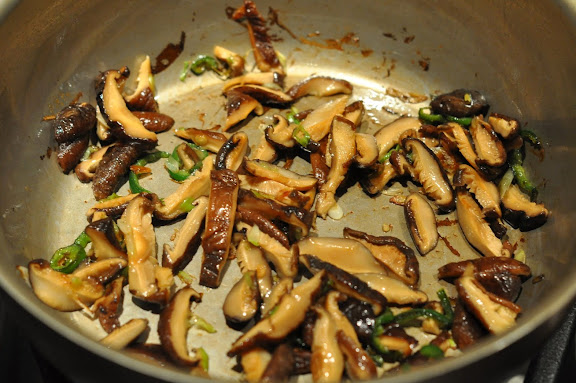 Add the mushrooms and saute until they begin to release their juices — about 2-3 more minutes. 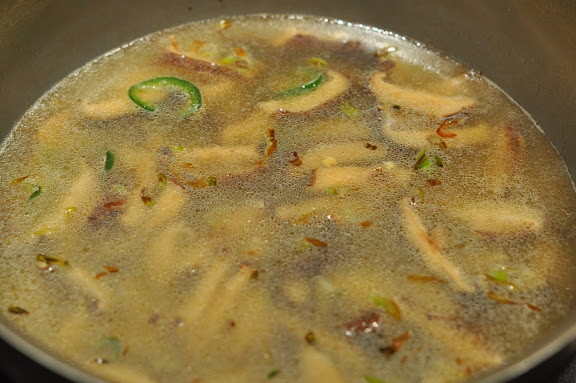 Add the chicken broth and increase the heat to bring the broth to a boil. 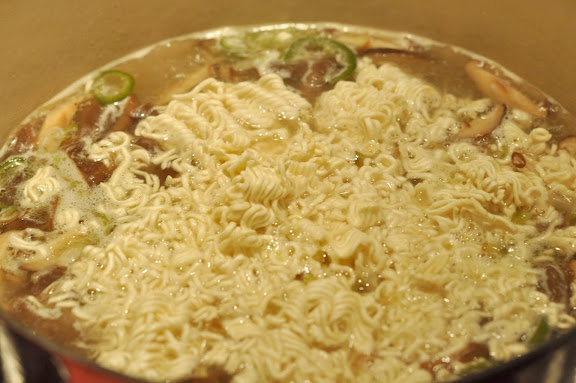 Add the ramen noodles and cook for about 3 minutes. 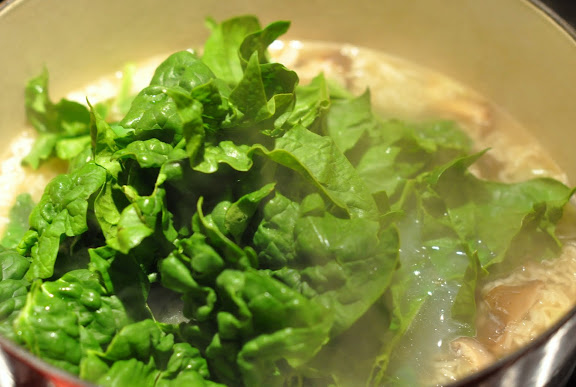 Turn off the heat, add the spinach, stir and cover the pot for about a minute to allow the spinach to wilt. 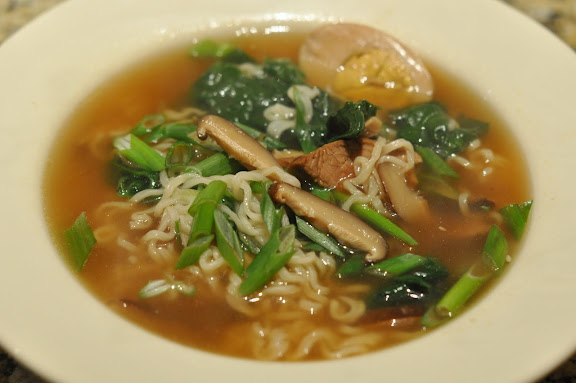 Serve the broth and ramen in a bowl with the sliced pork and garnish with the egg and green onion, for a hearty noodle bowl that covers all the bases of a well-rounded meal.

1 thought on “Sesame and Honey Pork Tenderloin with Ramen”